Metros wake up to energy shifts 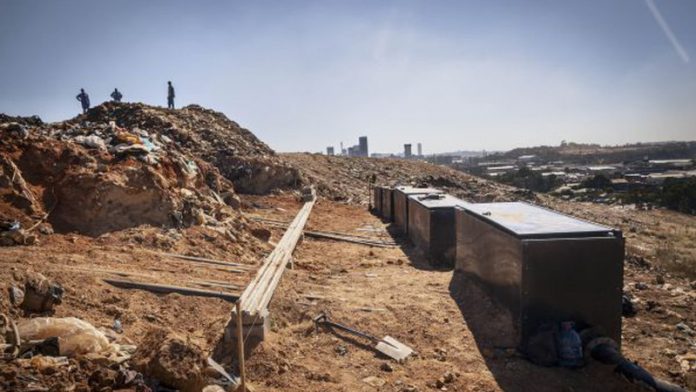 Municipalities should be leading the charge for energy efficiency and renewable sources, but they remain reliant on levies added to the electricity price to fund day-to-day services.

South Africa is the 12th-largest greenhouse gas emitter in the world, largely because of its abundant coal reserves and dependence on it to produce electricity.

According to the Sustainable Energy Africa 2015 report on the use of energy in South African cities, the metros have a major role to play in reducing global emissions.

The report examined the sustainable energy development of 18 cities that are home to about half of South Africa’s population but occupy only 4.5% of the country’s land area.

“These dense urban centres therefore have a fundamental role to play in the development of our country … Cities need to be in a position to respond proactively to the impact of climate change, which means moving towards sustainable energy.”

Per capita emissions in South African cities are high relative to their level of development, the report says.

For South Africa overall, “in metros, the average energy-related emissions is six tonnes of carbon dioxide equivalent per person, which is on a par with cities such as Paris, London or Berlin that have larger populations and higher levels of development”, the report says.

Transport
Transport, the report found, is responsible for at least half of South Africa’s total energy use in urban areas, and about one-third of urban greenhouse gas emission.

Municipalities have a number of potential renewable resources at their disposable.

Awareness of this has resulted in several small-scale projects, some planned and others already being implemented.

“Centralised electricity planning has meant that renewable energy and the generation thereof has generally not been the focus of local government in South Africa,” the report states.

The city of Johannesburg plans to generate 18MW of electricity from its Robinson Deep dump site. (Gustav Butlex, M&G)

Ekurhuleni metro has budget allocations for an additional one megawatt (MW) a year for electricity generated by landfill gas. Johannesburg has plans to use landfill gas to generate 18MW (enough to power 25 000 middle-income homes). The municipality also aims to increase the use of its waste­water gas to produce 4.5MW of electricity.

Tshwane expects its biogas project, with the Beefcor feedlot in Bronkhorstspruit as the power source and with a generation capacity of 4MW, to come into operation this year.

A 1.8MW wind power project at Coega, supported by a municipal power purchase agreement, is also cited by the report.

Private generation
There has been a steep drop in the price of installing private rooftop solar panels and the cost of the electricity generated from these systems is approaching domestic and commercial electricity tariffs.

It also provides homeowners with a way to reduce their electricity bill and supplement their consumption.

“For large-scale electricity generation, municipalities must apply for a generation licence,” the report states. “In light of Eskom’s outages, own generation is perhaps a way forward for cities.”

But income from electricity distribution is a key contributor to municipal revenue, without which municipalities will not be able to meet their obligations.

“In order to avert the potential adverse impact on municipal revenue, appropriate tariffs will need to be developed,” the report says.

It found that the energy and emission profiles of South Africa’s largest cities have begun to shift, although it is unlikely that it is as a result of the municipalities’ efforts.

“Sustainable energy interventions could only account for a small proportion of this trend … Therefore, the likelihood is that price increases and the electricity supply crisis have been stronger drivers in this trend,” the report says.

An independent power consultant, Doug Kuni, said in an interview in January that there was a direct correlation between economic growth and the number of kilowatt hours sold.

“If you are taking electricity out of the economy, you are contracting the economy and that means loss of money and loss of jobs,” Kuni said.

The report says energy efficiency is the quickest, cheapest and most direct way of addressing climate change, high electricity costs and the electricity supply constraints facing the country.

Inherent tension
Again, for municipalities, there is an inherent tension between generating income from electricity sales and being an efficient energy service provider.

“Local government’s own operations may account for only about 2% of total municipal electricity consumption but are a potential gold mine for efficiency implementation,” the report says, noting that the energy efficiency of streetlights, traffic lights, water pumps and buildings can be readily improved, resulting in savings of more than R10-million a year for many municipalities.

Using 2014 data from the South African Cities Network, the report says Cape Town could save R13.2-million a year on street lighting alone and eThekwini R25.9-million. Johannesburg could save an estimated R21.3-million on bulk water supply and wastewater treatment.

“Sustainable energy development is challenging as it does not speak directly to the immediate needs and priorities of residents,” the report says.

“The economic benefits, through greater efficiency and (in the medium to longer term) cheaper energy sources, are not instantaneous. Therefore, the transition to sustainable energy requires a high degree of leadership, innovation and partnership …