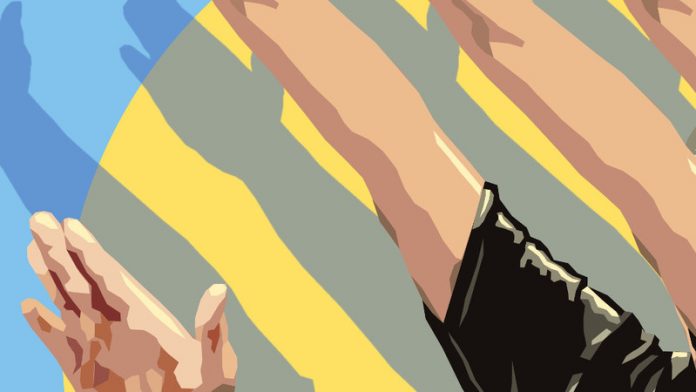 It is important to understand the dishonesty of the right wing in South Africa because it has an effect on the public discourse that often gives rise to hate speech and racial polarisation. Freedom Front Plus leader Pieter Mulder’s fake indignation on Netwerk24 recently is a superb example of how far certain Afrikaners will go to conceal the rot in their midst. Mulder whines about the fact that the Afrikaans daily, Beeld, made a big fuss last year about a Nazi salute on the Potchefstroom campus of North-West University (Puk) but paid little attention to the offensive Hitler statements made by Mcebo Dlamini, president of the student representative council president at the University of the Witwatersrand until his removal this past week.

No sane person would argue Dlamini’s comments are not newsworthy, but Mulder’s central point – that the Puk Nazi salute was an isolated incident of university residence “ladies” doing an innocent dance – is based on a blatant lie. There was by no means just one such incident on the Potch campus and it is very, very unlikely that Mulder does not know this.

I wrote about the Nazi salute on the Puk campus in a Beeld column in December 2013. Several lecturers had made an effort to bring offensive initiation rituals on the Potchefstroom campus to the attention of the university’s management.

In the Wessels report (May 2014), which I’m sure Mulder has read, there is detailed correspondence between a senior lecturer and the Potch campus rector, Professor Herman van Schalkwyk, about a gesture made by hundreds of students that looks exactly like the Sieg Heil salute that was photographed at a welcoming ceremony on the campus in 2011. (That photograph, also of female students, was not the one in the video Mulder was referring to. The Potchefstroom campus management had been aware of many other photographs showing the same thing but had failed to do anything about it.)

Long before last year’s uproar, North-West University’s executive adviser: transformation and diversity management had taken the university’s management to task, not only about the Nazi salute, but also about the brandishing of the swastika and the copycat three-legged Afrikaner Weerstandsbeweging symbol. This on a campus where the student centre is called the SS (without irony) and where many organisations use the abbreviation KKK – meaning klein kultuur komittee (small culture committee).

The task team, lead by Dr Leon Wessels, confirmed that the Nazi salute was not an isolated accident, but rather part of a very problematic quasi-military culture on the Potchefstroom campus. The Wessels report also described the existence of an adverse organisational culture of fear, racism and intimidation at North-West University. The report deals extensively with how management had failed to act when complaints were initially made about human rights violations.

Right-wing organisations threatened legal action about the Wessels report as it “attacked the dignity of Afrikaners as a community” but it was an idle threat. In September 2014 the press ombudsman rejected AfriForum Youth’s complaint about Beeld‘s coverage of the Nazi salute.

After Beeld‘s exposé, hundreds of Puk students defended the “Heil Puk” salute on social media and it became clear that in certain student residences it has long been a part of the Puk tradition.

The Wessels report confirms the Nazi salute has been going on over the years in full view of management – or at least of university staff members in positions of influence. It concluded: “Whilst it cannot be definitely said that the salute was carried out knowingly and consciously by the students, the same ignorance cannot be apportioned to management, staff or senior students.”

What is fascinating is how certain people in the Puk management and their right-wing allies have managed to turn this debacle around – into a seemingly legitimate fight for an exclusive Afrikaans campus.

Over the past year North-West University’s leadership convinced most observers that it was just “a storm in a teacup”.

The morning after Beeld‘s exposé on February 21 2014, the rector apologised profusely for the offensive salute. In an about-turn just a day later, reassured by help from an influential broeder in Media24 who undertook to do some serious damage control, Van Schalkwyk and the then vice-chancellor, Theuns Eloff, changed their tune.

And so the fiction of the “isolated incident” was born.

Eloff and Van Schalkwyk claimed  it was a misunderstanding because a video of first-year students making silly gestures during orientation had been manipulated by enemies of Afrikaners to make it look as though students were doing a Nazi salute. At every opportunity they kept referring to one video only, even though both knew there were many more images and videos showing a gesture similar to the Nazi salute.

Through a huge disinformation campaign, given momentum by right-wing organisations such as Solidariteit and AfriForum and the Afrikaans Sunday newspaper Rapport, North-West University’s leadership convinced most observers that it was much ado about nothing.

The university’s conservative faction has been confident that people disapproving an apartheid-era campus culture are too afraid to speak out for fear of being forced to resign – or being creatively expunged by manipulating processes, policies and procedures. Over the past few years many pro-transformation staff members have been booted out, resulting in exorbitant remedial costs to the university (and tax payers).

As somebody who understands the media very well Mulder must know the power of perpetuating the lie of the “isolated incident”. He is surely also aware that maintaining a radical white Afrikaans Christian hegemony on the Potch campus through the authoritarian residence culture is an effective way to delay transformation.

I’m also certain Mulder is clever enough to know the obsession with preserving militaristic initiation practices at North-West University. Puk is not really about discipline or tradition; it’s about instilling a lifelong preoccupation with entitlement and power. Students who receive a tertiary education in an ahistorical void of ignorance, patriarchal arrogance and chauvinism are likely to remain blind to their own privilege.

The majority of the young people who buy into this culture of infantile amusement mixed with extreme paranoia about a “total onslaught” on their language and culture will go into the world perfectly groomed to be in control of an economy of haves versus have-nots.

At the heart of Mulder and his cronies’ anti-transformation campaign is a ruthless attempt to entrench the racialised power relations the Potch campus has managed to keep intact and nurture for almost 10 years after the merger with Mafikeng and Vaal Triangle campuses.

AfriForum and Solidariteit must know that, without at least one campus where Afrikaner superiority and narcissism are so insidiously promoted, the dominant white economy risks losing its stronghold in South Africa.  The ongoing dispute at the Potch campus of North-West University must be seen against the backdrop of an archaic fear and loathing of the black majority and the loss of white privilege.

Those who create division through lies, hate speech and propaganda must be constantly checked.

A student leader who says he admires Hitler is just as dangerous to our fragile democracy as a politician spreading falsehoods about cultural practices designed to exclude and alienate South Africans who are not white, Christian and Afrikaans.

Hannelie Booyens is a freelance journalist. She resigned from North-West University in February 2014.