The Lions are not lacking in character 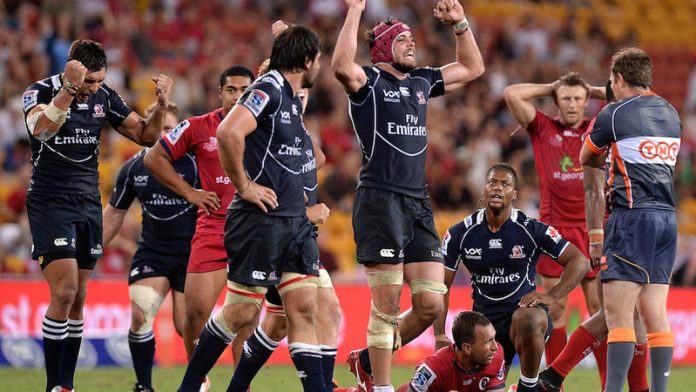 When Warren Whiteley was six years old, his mum gave him a lecture. He could play rugby on three conditions: he had to wear a scrum cap, a gum shield and shoulder pads.

“I don’t wear the shoulder pads anymore,” says the Golden Lions skipper with a chuckle, “but the shield and the scrum cap are there. The scrum cap has almost become part of me.”

At some point in most Lions games, you’ll see Whiteley frantically adjusting his red scrum cap, often a prelude to renewed effort, or the need for the eighthman to add his heft to a defensive scrum.

It looks as if he’s scrubbing his ears or perhaps indulging in the rugby equivalent of scratching his chin, all a little odd until you realise it’s best understood as part of Whiteley’s boyishness, an unaffected approach to the game that has made the Lions such a pleasure to watch this season. You almost expect Whiteley to run on to Airline Emirates Park (as Ellis Park is now called) with a tube of Bostik to glue the ref’s whistle to his mouth, or play an impromptu game of tok-tokkie with one of the opposition’s cumbersome tight forwards before bounding away like a schoolboy.

Other sides might have played the game better or with greater cunning, but no one has played rugby in 2015 with Whiteley’s endearing sense of mischief.

Long-suffering fans
It might all have been very different. The franchise played no Super Rugby in 2013 and their long-suffering fans had no reason to believe that consistency would suddenly assert itself when they found a way back into the competition the following year.

First up they played the Cheetahs in Bloemfontein, where they burgled a one-point win. It was a good enough start but there were fears that the old order would be reaffirmed in match two: the Stormers were visiting Doornfontein and there was a good chance of blood on the floor.

“More even than last year’s Currie Cup [when the Lions lost narrowly to Western Province at Newlands in the final]. It was that match against the Stormers that set up our season,” says Whiteley. “No one gave us a chance and we beat them 34-10 at Ellis Park. It wasn’t only the win; it was the manner of the win that gave us such confidence. It was a fantastic display.”

The Lions’ next two matches were lost away to the Bulls and the Sharks, before indulging in their customary rescue act with home wins against the Blues and Reds. After six matches, they had won four, and it was looking as if they might just be gathering steam for a gallop through April and May.

It wasn’t to be. They lost seven on the reel (including all four games on tour, although they lost to the Highlanders by a point), a horrible experience only partly softened by their final roar, in which they recorded three straight home victories against the Bulls (32-21), the Rebels (34-17) and the Cheetahs (60-25).

But suddenly they were scoring tries. Fourteen were scored in the past three games (Whiteley scoring against the Rebels and the Cheetahs) and coach Johan Ackermann’s flyhalf quandaries between Marnitz Boshoff and Elton Jantjies seemed to have been temporarily solved in favour of the latter. They spun dizzily through the Currie Cup, playing freewheeling, Sevens-like rugby, scoring 40 points or more on six occasions, which culminated in them beating the Sharks 50-20 in the semifinal.

And, although they lost with Boshoff at pivot in the final, the Lions were beginning to show that they weren’t simply one-trick ponies.

Even spread of leadership duties
“Someone like Elton has been very important to us in this Super Rugby season,” says Whiteley. “He has come back from Japan a different player. He controls the play and he drives the side forward. The fact that he’s so driven is infectious, because it rubs off on the other guys.”

Whiteley is correct to point out that the Lions’ success has to do with an even spread of leadership duties, something he doesn’t give the impression of being threatened by. There’s also the itch of competition behind the scenes.

Several weeks ago Derick Minnie suffered what looked like a long-term knee injury. He had been keeping Jaco Kriel out of the side but, with his injury, Kriel gleefully accepted his chance against the Bulls last Saturday. He had a stormer, fuelled in part (one suspects) by his frustration at being kept out of the side by Minnie.

As for Whiteley, he seems content to keep it simple. He’s not eye-catching – at least not in obvious ways – but is quietly effective in the invisible realm at the core of every match. He would pull down a buffalo if you asked him to and he’s a priceless link when the Lions are on the romp.

He also has a sense of humour. On Saturday, with the Bulls’ pincer-like defence giving the home side precious little opportunity to run, Whiteley attempted a deft diagonal kick. It went horribly wrong and he was left to explain things with his hands. It was a charming gesture from a player with personality, something others notably lack.