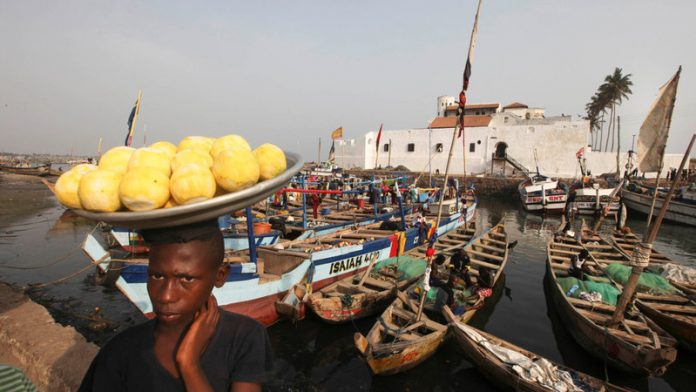 Ghana’s central bank unexpectedly raised its benchmark interest rate by one percentage point on Wednesday to keep inflation under control.

The policy rate was increased to 22%, the bank’s governor, Kofi Wampah, announced in Accra.

All eight economists surveyed by Bloomberg had predicted the rate would stay unchanged. The bank had held the rate at 21% since its November meeting, when it raised it by 200 basis points.

“Risks to both inflation and growth are elevated, but tilted more to inflation,” Wampah said. “It was therefore noted that a further moderate tightening, complemented with sustained fiscal consolidation efforts could rein in inflation and inflation expectations.”

In April the International Monetary Fund (IMF) agreed to lend Ghana about $900-million to help finance the budget deficit and support the cedi, which has plunged 25% against the dollar in the past year. Inflation rose to 16.8% in April, up from 16.6% in March, the statistics office said earlier on Wednesday.

The cedi weakened after the decision, falling as much as 0.7% percent to 3.916 a dollar.

But the reforms outlined in the deal signed with the IMF may ease pressure on the local currency and consumer prices. Treasury bill yields have dropped for 12 straight weekly auctions, falling 81 basis points in the period to 25.04% on May 8, the lowest since August 22.

“If the government sticks to the fiscal consolidation plan of the IMF, that will help ease pressure on the currency, which will help inflation,” said Ridle Markus, a Johannesburg-based Africa strategist of Barclays’s African unit. That might “pave the way for a rate cut somewhere in the third quarter”.

Three-year programme
The IMF agreed to lend Ghana cash in a three-year programme that includes targets for curbing public wages and narrowing the budget deficit from last year‚ a gap of 9.3% of gross domestic product. West Africa’s second-biggest economy is battling 24-hour power blackouts, has the continent’s worst-performing currency in 2015 and is growing at the slowest pace in two decades.

Although the IMF aid boosted Ghana’s foreign currency and gave guidelines for stabilising the economy, the country is battling with extensive power cuts. The shortages have led to job cuts and street protests, which prompted the John Dramani Mahama-led government to lower its forecast for 2015 growth to 3.9% from 4% a year earlier.

“The government hasn’t got a hold on the economy,” John Ofosu Awuku, who oversees 420-million cedis ($130-million) in pension and corporate funds as head of NDK Asset Management, said in an interview in Accra earlier this week. “The energy crisis is affecting a lot of companies.”

The NDK had shunned debt maturing in more than a year, buying only three-, six- and 12-month treasury bills. “The future is uncertain,” Awuku said. “Longer-dated bonds are much too risky to get into.”