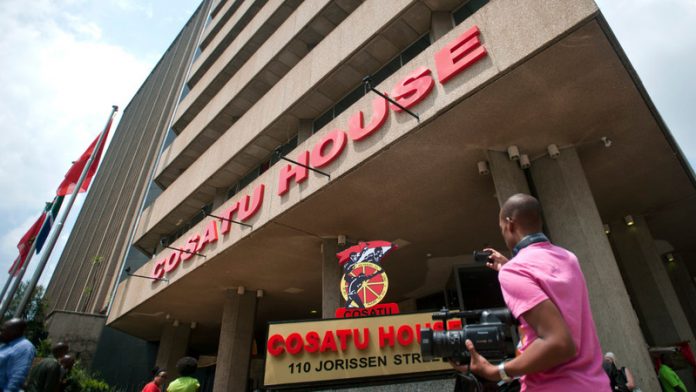 The seven-month-long public sector wage negotiations could come to an end on Tuesday, should workers accept the state’s latest offer. The prevailing sense among the unions — whether affiliated to trade union federation Cosatu or not — is that state employees are ready to strike a deal.

There appears to be little appetite among workers for a strike, and unions have said that the only issues left to be ironed out are “technical”.

Unions seem agreed that the 7% wage increase offer was acceptable, although their latest demand was 9%. This is a multi-year agreement and the state has offered consumer price index (CPI) plus 1% for 2016 and 2017.

Unions sense that the 28.5% increase in medical aid contributions by the state – a “sweetener” according to some — will be particularly appealing to workers.

Unions spent the weekend discussing “technical” details in the state’s offer, which amount, in essence, to wording.

Government made its last offer last week, which unions have since taken back to their members for feedback.

Strike hesitancy
National Education Health and Allied Workers’ Union spokesperson Sizwe Pamla said the Cosatu-affiliated unions were very hesitant to strike, even if Tuesday’s negotiations did not result in a final agreement.

This time, Pamla said the unions believed that striking over a 2% difference in what the state and workers wanted “isn’t worth it”.

“If we were to strike, it will be on a ‘no work, no pay’ basis and workers will lose a month’s pay. No matter what agreement you get in the end, it will take them months to get the money back,” Pamla said.

It is estimated that there are between 1.2-million and 1.3-million public sector workers. Earlier this year, the finance minister, Nhlanhla Nene, said the state would push hard to avert a strike.

A recent treasury document says cost of living adjustments and growth in the numbers of personnel are the biggest drivers of wage bill growth.

Teachers take up the bulk of the public sector wage bill, followed by engineering and related professions. Doctors take up just 4%.

“Across the public sector, earnings per employee grew by 13% in 2008 and 13.6% in 2010, falling to 6.7% in 2011 before increasing to 8% in 2012. Since 2008, these growth rates are comparable to those in the private sector. Between 2005 and 2007, the rates in the private sector had been faster,” the treasury said. Public sector workers fall into the so-called middle class but most don’t earn enough to own homes. Research by economic policy and research company Feasibility, in 2012, showed that middle-class debt accounts for 60% of all South African household debt. Middle-income earners, who make up the bulk of this debt, earn between R8 233 and R22 779 a month; most civil servants earn towards the lower end of that spectrum.

The 7% wage increase, which is likely to be agreed to on Tuesday, is slightly above the 6.4% increase budgeted for last year. But it is a far cry from the 15% increase that unions put on the table when negotiations opened.

Social media swarmed with requests from workers about whether a deal had been struck on Friday. The Democratic Nursing Organisation of South Africa (Denosa) was quick to ask its members not to regard communications on social media as indicative of where negotiations were headed.

Sibongiseni Delihlazo, Denosa communications manager, said Denosa members were notified of the state’s offer. He said that, at the time, Denosa wanted the state to improve its offer, but it understood that other unions were still consulting with their members.

Firstly, workers believe that the state’s housing subsidy proposal is insufficient. The state is offering a housing allowance of R1 200.

In addition, if a public servant is married to another public servant, only one of the partners is entitled to the allowance. Pamla said the Cosatu-affiliated unions felt this was discriminatory and that the state was essentially saying that married couples were entitled to fewer benefits.

He said that in the last communiqué between unions, the ILC affiliates seemed ready to reject the state’s latest offer, but he hoped they would “come on board”.

Not so, said Basil Manuel, the president of the National Professional Teachers’ Organisation of South Africa (Naptosa). Both mother bodies had met on Friday and the prevailing sense was “let’s find common ground”.

The ILC-affiliated union is also very close to signing, he said.

Housing catch-22
But Naptosa also has some issues, including the housing allowance.

Manuel said that many of its members earn too much to apply for housing subsidies but too little to afford a bond on a house.

“Housing allowances don’t contribute towards public servants owning homes. It is essentially just an extension of their salaries. What we have on the table now doesn’t go far enough and there’s been mixed reaction from our membership,” he said.

And the ILC affiliates want CPI plus 3% for the multi-year wage increases. But Manuel said there is a clause in the agreement at the moment, which says that if the economy takes a “drastic” turn for the worse, the parties can go back to the table. “A slightly ajar door,” he said.

Nehawu wants CPI plus 2%, according to Pamla. Its reasoning is that the state has been disingenuous in previous years, lowering the CPI year on year as it sees fit in contrast to what the rest of the market does.

So the extra percent would be a kind of “insurance” for workers to ensure that they do not lose out if the state decides that CPI is lower than it is now.

“This is central to the discussion,” Pamla said. “But we are finalising the agreement. Now the discussions are about fine-tuning things and our members aren’t violently opposed to the state’s offer.”

Manuel agreed. “On Friday, the indication was that the unions and the employer are much closer together than before,” he said, adding that the ILC unions were “very far from laying down our tools”. “The chances on agreement are good,” he said.