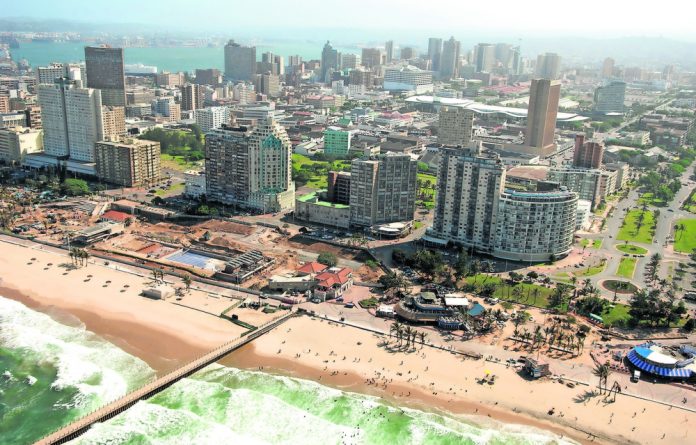 By 2020, the department of economic development, tourism and economic affairs (EDTEA) in KwaZulu-Natal wants the tourism sector in the province to directly employ over 180 000 people, generate over R70-billion, achieve a 3.5% increase in business tourism, and bid for and secure one large international event on the scale of the Fifa World Cup or the Commonwealth Games.

This is not inconceivable. There is much on offer for both domestic and international travellers in the Zulu Kingdom.

For travel purposes the province is divided into eight regions, namely Durban, the South Coast, the North Coast, Pietermaritzburg and the Midlands, the Drakensberg, the Battlefields, Zululand and the Maputaland or Elephant Coast. Tourism-specific development projects have been successfully developed in these areas, and new ones are being encouraged. Each destination has its own unique attractions that cater to both history buffs and adventure junkies.

In 2013 EDTEA made public its KwaZulu-Natal Provincial Tourism Master Plan that spells out “the vision for KZN, which wants to be globally renowned as Africa’s top beach destination, with the unique blend of wildlife, scenic and heritage to be appreciated and enjoyed by all visitors”.

The plan details the development of several stand-out tourism projects for the province, including:  a Drakensberg cable car; a King Shaka statue near the Tugela River mouth; a monument or statue near the Durban Harbour breakwater entrance; a landmark bridge from the Bluff over the harbour, linked to the Durban point area; major beach resorts on the coast; and a new Isandlwana Development Precinct in the historic KZN battlefields area.

In his 2014/2015 budget speech MEC for Economic Development, Tourism and Environmental Affairs Michael Mabuyakhulu made reference to fast-tracking the implementation of some of these strategic priorities from the Tourism Master Plan including King Shaka’s Statue, the Drakensberg Cable Car, Bluff Bridge, Isandlwana Development and Nonoti Resort.

He announced that the department has appointed Ithala Development Finance Corporation as an applicant for the Environmental Impact Assessment for the Drakensberg Cable Car.

“Moreover, we have established a task team mandated to provide strategic direction on the implementation of this project. The cable car will yield great economic spin-offs, not only for Okhahlamba area but for the province of KwaZulu-Natal as a whole; hence the department has planned to host the Cable Car Conference and Exhibition. This is geared towards finding linkages that enhance economic growth through such a development.”

Among other things the conference will present a platform to engage with potential investors, he added.

The proposed Nonoti Resort development, which comprises a beach resort on a 195ha site, is located in KwaDukuza in the Ilembe District Municipality, adjacent to Prince’s Grant Golf Estate; it is completely owned by the community of Nonoti.

The site has a sea frontage of 750m and forms part of the KZN’s northern India Ocean coastal belt that stretches from Ballito to Richards Bay, which has been identified as a prime area for beach resort developments.

The concept includes four-star and three-star hotels and self-catering accommodation with swimming pools, and also features attractions like a beach boma, a wellness centre and a curio shop.

The project has drawn a lot of attention from potential investors and management companies, and is one of three national projects that the Industrial Development Corporation (IDC) is committed to assisting.

The IDC’s financial support has enabled another community-focused tourism project. The Witsieshoek resort in the Drakensberg area, owned by the Batlokoa community, faced closure a few years ago, but the IDC’s funding has resulted in the refurbishment and reconstruction of facilities as well as the securing of 16 direct jobs.

Scarf or scoff: How do you wrap your head around hijab?