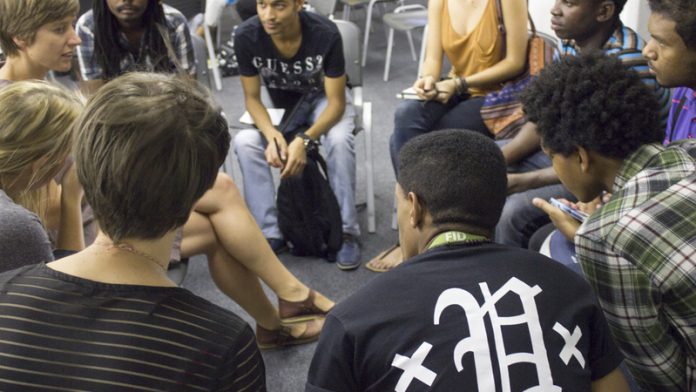 The Netherlands has a #cocreateSA fund of R500 000, awarded to projects that aim to co-create “solutions for local challenges”. The fund operates through the South African – Dutch partnership, and the Mail & Guardian asked the consul-general of the Netherlands, Bonnie Horbach, what it aims to accomplish.

M&G: As consul-general overseeing the Cape region, what would you say your core focuses are?
My core focus is economic diplomacy, which means that I support Dutch companies interested to do business with or invest in the South Africa and vice versa.

In the two years you’ve been based in Cape Town what has made the biggest impression on you as regards economic diplomacy and relations between this country and The Netherlands?
Over the past decades the relationship between Europe and South Africa has changed drastically. In a world that is rapidly changing, we have to reconsider the ways in which we relate to one another and build (economic) relations, especially economic relations with countries in Africa. Most of our trade strategy was thus based on a push strategy of Dutch products, services and solutions, focused on “us” telling “them” what they need to solve the global challenges they are facing.

Africa is changing; the rapidly growing, affluent urban population is now demanding a larger role in deciding what solutions are created for their societies’ challenges.

Your first project was the three-week long event, Department of Design, which was your contribution to World Design Capital Cape Town 2014. Is design your main focus or interest?
Design to me is not only about beautiful things. For me design is a method with which we can create solutions. I focused on design thinking not product design or fashion design. Design offers a great opportunity to bring together the energy, knowledge and insights of experts from all sectors to trigger new ways of thinking and working. It is no secret that my objective is an economic one, but I strongly believe that in order to ensure mutually beneficial, long-term cooperation between South Africa and the Netherlands, we need to put demand at the core of our discussions and build partnerships with a long-term vision.

What were some of the biggest take-outs from Department of Design event? In other words, what did you learn from that project that you have discarded or included in this recently launched project?
What I learned is that between us we have the possibility, the expertise, the creativity and knowledge to create mutually beneficial projects. I liked the diversity of the stakeholders and their approaches and I admired the willingness to accept each other’s point of view in order to create a better solution. If people are willing (and they are) to look beyond their silos and work together, something happens. Sometimes one only needs a space to meet. I learned that South Africa has all the talent that it needs to create its own future.

What were your impressions of Cape Town World Design Capital as a whole? Have you been part of any of the other Design Capital projects prior to this one?
For me Cape Town World Design Capital was a unique opportunity. I arrived just before WDC 2014 started and had the possibility to develop a vision together with South African counterparts that is now the basis of my work. My new appointment and the modern approach to foreign diplomacy in fact came together in Department of Design. To express and explain the vision, objectives and activities of Department of Design, and to engage a broader audience, the communication campaign with #cocreateSA was introduced. During the event the hashtag became so frequently used that it slowly started to become a stand-alone brand. The concept of working together to build a better future for SA resonated with people and the term “co-createSA” was embraced by many.

Because the hashtag rooted so naturally and was such a good translation of the new direction of the Ministery of Foreign Affairs, it was decided to keep using the network and the media channels that were now in place for #cocreateSA and start building Dutch-South African collaboration for a sustainable future from there.

Are there any local ambassadors or marketing campaigns planned around this campaign so that you reach not only creative but ordinary people in the community?
Definitely. We use different media outlets to get the message across and as a modern diplomat I try to use Twitter to get people aware of this opportunity. We also contact our counterparts here in Cape Town, such as the city, the province, Cape Town Partnership, Wesgro, etcetera.

What is the ultimate aim of #cocreateSA?
In 10 years’ time #cocreateSA will be a commonly used phrase and will be the foundation of international collaboration with South Africa. Other international posts will have embraced the ideology, and everyone will be working together for a sustainable future in South Africa. In addition #cocreateSA will have brothers and sisters named #cocreateUSA, #cocreateCHN, #cocreateBRA, #cocreateAUS and many more. In those countries, these platforms all stand for working together for a sustainable future for these countries.

What is the “benchmark” in terms of the proposals you’re looking for?
The fund has been made available to further assist potential South African and Dutch partners to develop and implement collaborative projects in the field of design-thinking and innovation, linked to the sectors agro & food, energy, life sciences & health, logistics and water. The aim is to help these projects get on their feet by offering the first starting capital as a kick-start and by offering a communication platform. By means of an open call, existing Dutch-South African partnerships with projects playing in the above sectors are invited to submit their project proposals. A jury will assess the proposals and decide who will receive part of the fund.

Is the R500 000 purely intended to be divided up among the nine chosen projects to bring them to life? What’s the incentive for the applicants other than this?
If the incentive is only to get the money, then I would say don’t even start. The incentive should be that you have a great idea, a great project and a great initiative that will solve a problem that you are facing and in this way be kick-started. By applying for the #cocreateSA Fund you are not only applying for money, you are committing yourself to a way of thinking, working and communicating.

How would you suggest SA organisations or individuals get in touch with Dutch partners?
They can use us, the Dutch Consulate General, or can directly contact possible Dutch counterparts in the Netherlands or in South Africa.

To read more about the #cocreateSA fund, go to cocreate.co.za.

The guitarist is growing into his groove, with a new concept album launching soon
Read more
Sport

Spain's press have pulled apart the side they've eulogised for six years, with commentators asking if the Dutch trouncing heralds the end of an era.
Read more
Sport

When least expected, the Dutch turned on the style with a barrage of spectacular goals and a 5-1 victory that humiliated defending champions Spain.
Read more
World

Sex, drugs and clogs: New Dutch king is a moneyspinner

Former Bosnian Serb army chief Ratko Mladic, on trial before an UN court for genocide has been hospitalised with pneumonia.
Read more
Advertising
Continue to the category
Politics