Bank tied to Fifa scandal has checkered past 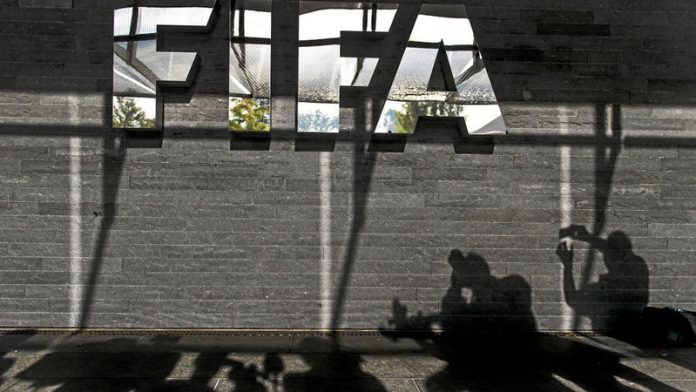 A small private bank controlled by a reclusive Brazilian billionaire shows up more than two dozen times in US prosecutors’ corruption charges against world football officials. It’s hardly the bank’s first brush with a scandal.

Delta National Bank & Trust has had at least three previous run-ins with authorities on two continents over the past 15 years, including when Brazilian lawmakers probed its role as the banker for a scandal-tinged head of national soccer. In 2003, Delta pleaded guilty in the US to failing to report transactions linked to a Colombian drug cartel.

Even so, Delta, with US assets of $467-million, continued operations from its offices in Manhattan, Miami and Geneva. Some of that business, US prosecutors alleged last week, included processing millions of dollars in bribe payments from a Sao Paulo-based sports marketing business to soccer officials affiliated with Fifa. Delta wasn’t named as a defendant or accused of any wrongdoing in a 47-count indictment released by the Justice Department.

Delta’s US regulator, the Office of Comptroller of the Currency (OCC), is now investigating the bank’s role in those transactions, according to a person with knowledge of the matter who asked not to be named because the probe is ongoing. Linda Chapman, Delta’s vice president in charge of compliance, declined to comment.

Red flags
The latest scrutiny of Delta comes after more than a decade of red flags about its business, according to a review of lawsuits, regulatory filings and reports documenting government investigations. It isn’t clear how the bank may have changed its reporting or compliance programmes over that time, including after the US Justice Department conviction 12 years ago. The OCC imposed no further penalties on the bank, said OCC spokesperson Bryan Hubbard, and allowed it to continue doing business in the US.

Hubbard declined to comment on the OCC’s latest Delta investigation.

“There’s not much of a track record of closing banks down for bad behaviour, is there?” said Jack Blum, a former US senate investigator and expert on money laundering. Delta is “just another bank in this big sea of trouble in the banking business”.

The history of Delta shows that even a small bank can keep operating following a criminal conviction, much as the world’s biggest banks have after agreeing to plead guilty in recent years to charges including doing business with rogue nations and rigging global interest rates.

Fifa bribes
At times, the alleged Fifa bribes were channelled from Delta through larger banks including Citigroup and JPMorgan Chase according to Justice Department proceedings announced last week. US prosecutors have said they are investigating banks as part of their probe into corruption at Fifa, but didn’t name any specific lenders.

While banks in the US have an obligation to report suspicious transactions to authorities, the department’s indictment doesn’t say whether any lenders failed to do so.

Citigroup and JPMorgan weren’t the only banks that had relationships with Delta. Over the course of a decade, it wired tens of millions of dollars on behalf of Traffic Group, the Brazilian sports marketer, through those banks and HSBC Holdings, Wells Fargo and Banco Do Brasil SA, according to Justice Department documents.

Spokespersons for Citigroup, JPMorgan, Wells Fargo and Traffic Group declined to comment, while Banco Do Brasil didn’t respond to requests for comment. HSBC is reviewing the Fifa indictment “to ensure that our services are not being misused for financial crime”, said Rob Sherman, a New York spokesperson for the bank.

Arabian horses
Delta was established in the 1980s by Aloysio De Andrade Faria, a 94-year-old billionaire with an affinity for breeding prize milk cows and Arabian horses.

With a reputation among Brazilian media outlets for rarely granting interviews, Faria has built a business empire that includes Sao Paulo-based Banco Alfa de Investimento SA, hotels, a palm-oil producer and a home improvement chain. In 1998, he sold a bank founded by his father for $2.1-billion.

Delta’s business was based “entirely” on helping Latin American clients reduce their taxes, the OCC said in a 1996 report. Faria has maintained ties to Delta through a Cayman Islands investment company, according to a recent Federal Reserve document and a former employee.

Faria couldn’t be reached for comment, and a spokesperson for Banco Alfa, his Sao Paulo bank, declined to comment.

Delta’s biggest blemish came in 2003 when the Justice Department accused it of allowing Colombian drug dealers to launder money through accounts at the bank. After being convicted of failing to file suspicious activity reports on as much as $10-million of transactions, Delta agreed to pay a $950 000 fine.

Years later, the Justice Department officials who oversaw the case wrote a legal article that said Delta’s conduct was an “intentional decision by the bank to allow these types of transactions”, not a compliance failure.

Brazilian investigations
In 2008, Brazilian prosecutors sought help from the Justice Department as part of a new investigation into one of Delta’s clients. They requested information about a Delta account for an examination of alleged money laundering and tax crimes involving a Brazilian sugar executive, US court documents show.

In 2001, a Brazilian senate investigation concluded the country’s soccer operations were beset by corruption – much of it focused on the head of the Brazilian Football Confederation, Ricardo Teixeira. Delta handled tens of millions of dollars in loans for Teixeira and the confederation, which prompted questions from investigators, according to the Senate’s report.

So-called red notices have been issued for Jack Warner and Nicolas Leoz, both former Fifa officials, as well as sports marketing executives Alejandro Burzaco, Hugo Jinkis and Mariano Jinkis, Interpol said in a statement on Wednesday on its website. Warner has already been arrested in the US probe. The sixth man, José Margulies, worked for Valente Corp. and Somerton Ltd. broadcasting business, Interpol said.

Swiss and US authorities are widening their investigations into the selection of past World Cups and the choice of Russia and Qatar as the hosts of the 2018 and 2022 tournaments. – Bloomberg, with assistance from Carter Dougherty and Ian Katz in Washington, Blake Schmidt in Sao Paulo, Tariq Panja in Rio de Janeiro and Keri Geiger in New York.