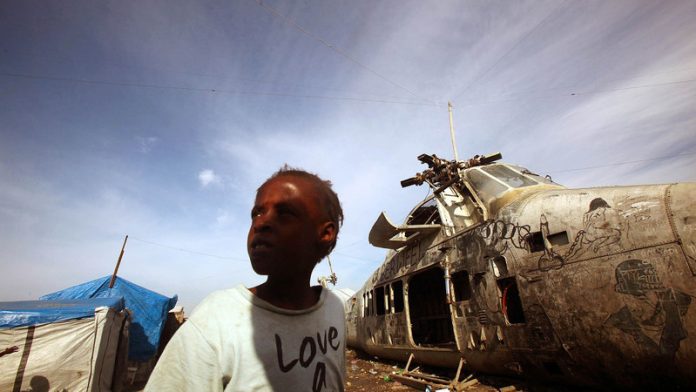 Despite collecting nearly half a billion dollars for Haitian earthquake relief, the American Red Cross has built only six permanent homes and seemingly squandered millions, a report says.

An investigation by American nonprofit newsroom ProPublica and National Public Radio uncovered rampant mismanagement, high overheads and acrimony from Haitians towards the Red Cross. Although the Red Cross apportioned some $170-million to “shelter” relief after the 2010 quake and planned to build some 700 houses, it has only built six permanent homes to date.

The report charges the Red Cross with consistently misrepresenting its projects, especially in housing. It cites promotional material saying the Red Cross provided more than 130 000 people with homes; that total includes people in tents.

The Red Cross disputes the report, saying it “helped build and operate eight hospitals” and “move more than 100 000 people out of makeshift tents into safe housing”. It said it is “disappointed” by the “lack of balance, context and accuracy” in the report. Leadership and staffing have been major problems for the Red Cross, according to the report. Integral positions were sometimes left vacant for years. The staffed positions were predominantly held by people who could not speak French or Creole.

Red Cross official Judith St Ford urged her superiors to hire more Haitians: “The implication that talented, competent Haitians cannot be found in Haiti has to be dispelled.”

The Red Cross says 90% of its staff dealing with the relief effort are Haitians, but it did not offer a breakdown of the hierarchy. Justin Elliott, one of the journalists who cowrote the report, explained that with the reconstruction effort “the outside groups that have done better have roots there – Haitians working at high levels who speak the language”.

In a 2013 email published by ProPublica, Red Cross chief executive Gail McGovern admitted that a project had failed; she didn’t know what to do with the $20-million remaining. “Now that the northern project is going bust and we are still holding $20-million of contingency, any ideas on how to spend the rest of this?” she asked, mentioning a mysterious “wonderful helicopter idea”. Without Haitians in its top jobs, the Red Cross is said to be ill-equipped to deal with Haiti’s complex land tenure rules.

Journalist Jonathan Katz, author of a book about the earthquake, The Big Truck That Went By, said for years aid organisations have “thrown up their collective hands, [saying:] ‘We don’t want to deal with this.'”

The Red Cross has entangled itself in a web of other organisations, often paying them to do relief work. This outsourcing is commonplace in the international aid industry, Katz said, and leads to overhead costs. The report notes that overhead charges by the Red Cross and its contractors undermine McGovern’s claim that, “minus the nine cents overhead, 91 cents on the dollar [go] to Haiti”.

In one case, the report found the International Federation of the Red Cross extracted $1.56-million in overheads from the American Red Cross’s payment of $6-million to give Haitians rental subsidies so they could leave the tents. The costs were related to “administration, finance [and] human resources”, the international aid body said.

The Red Cross also asked the Swiss and Spanish Red Cross societies to upgrade shelters, taking 24% of the money in overheads, the report said.

Where $488-million of the American Red Cross’s Haiti budget has gone is unclear, Elliott said, adding: “About three years ago, the Red Cross told people they were going to build hundreds of new homes in this area … Over the next two years they had meetings with the community … nothing happened for a long time.”

The Red Cross is now helping to build a road and install solar lights in Haiti. – © Guardian News and Media 2015

Haitians yearn for change after year in ‘hell’