Cosatu set the right tone in its public-sector wage negotiations 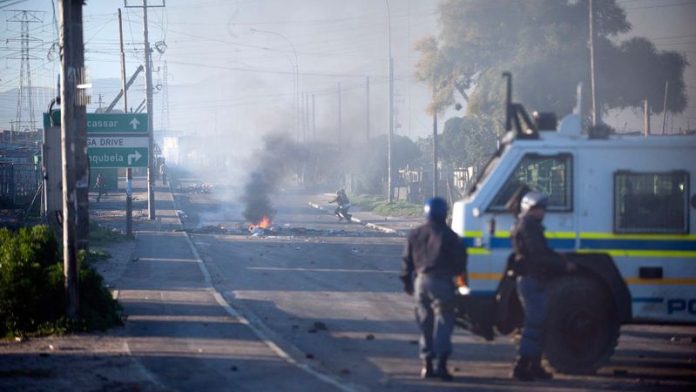 Public sector unions, particularly those led by Cosatu, must be commended for demonstrating leadership and maturity during the wage negotiations with government last month that resulted in a 7% pay increase for their members.

Notwithstanding the fact that the parties were initially far apart – given difficult issues such as medical aid and housing subsidies – sanity prevailed after months of negotiations, preventing unnecessary strike action. The union and worker negotiation teams demonstrated how wage negotiations should be conducted to take both public sector and state interests forward.

This should serve as an example of good leadership, reflecting how unions and the state can reach settlement without adversarial attitudes.

One hopes all other trade unions in the private sector – and municipal unions – will learn from public sector unions how best to negotiate and find amicable settlements with maximum benefits for workers and employers, without crippling strike action that would have a negative effect on our economy.

Municipal unions and the South African Local Government Association (Salga), currently in negotiations, should find an amicable solution without disrupting service delivery and affecting ratepayers. The trashing of rubbish can’t be a tactical negotiation tool.

Our labour laws explain how to conduct negotiations, including deadlock-breaking mechanisms. Key to that is political willingness from Salga’s leadership and that of municipal unions to look at the ratepayers’ and workers’ best interests.

Disregarding existing labour laws has become a major sticking point in our labour relations discourse. Trade unions should learn that destroying property and preventing others from going to work doesn’t achieve the most desired living wage. Employers should recognise the role of workers in ensuring productivity and, likewise, unions should recognise the need to produce to the maximum to grow the economy and deal with the Achilles heels affecting our country: unemployment, poverty and inequality.

Trade unions should respect the lockout clause, the rights of other workers and civilians’ need to be protected during the strikes. It is crucial to ensure that our laws are respected. Countless properties have previously been damaged and human lives lost in situations that could have been averted if trade unions and employers had stuck to the rules – to follow our labour laws and bargaining council procedures to the letter.

Violent strikes that characterised our labour relations, such as the transport and freight strike, the security strike, Johannesburg’s metro bus strike and the platinum mine strikes in the North West need to be avoided at all costs: South Africa is a constitutional democracy. Employers and unions must co-operate to prevent such incidents from recurring.

Labour relations and stability are key tenets to economic growth that will result in job creation. Employers’ and trade unions’ co-existence is vital for investment that will propel the economy’s growth.

As workers’ month ends, trade unions and employers must ask themselves critical questions about their contribution to ensure investment, economic growth and job creation. The government has a responsibility to ensure institutions of social, economic and political dialogue are reconstituted and strengthened.

This includes the National Economic Development and Labour Council, which has been a critical platform for stakeholders to negotiate and reach consensus. Today, Nedlac is a shadow of its former self, an indictment of government, business and labour leadership. Social good is key to any developing country as it tries to find solutions to its problems.

I’m elated that our premier in Gauteng, David Makhura, announced during his State of the Province address earlier this year that strengthening engagement with stakeholders in the province was of paramount importance to ensure consensus around the transformation, modernisation and reindustrialisation of Gauteng – and around other major socioeconomic and political trajectories the province seeks to undertake.

It is not in the interests of the ANC government that we should have so-called sweetheart trade unions that cosy up to government at the expense of their members. As the ANC, we will strive to have revolutionary, robust and progressive trade unions that will fight for their members’ rights, ensure that the workplace is conducive to a healthy relationship between employers and workers, and that workers enjoy maximum benefits through that cordial relationship while ensuring that the economy develops and jobs are created.

Key to that will be to have trade unions and employers partnering government to ensure investment and job creation so that Nelson Mandela’s dream of a “better life for all” is realised.

Workers’ Day should be celebrated every day as we seek to ensure investment, living wages, job creation and fight against poverty and inequality.

It is possible to urbanise without congestion and the attendant ills through emphasis on better institutions, writes Eddie Rakabe
Read more
Coronavirus

COMMENT This year, Freedom Day on April 27 came and went without celebration for women in townships and...
Read more
Coronavirus

How South African citizens, the police and the army, and politicians behave during the 21-day lockdown will have far-reaching implications for our democracy
Read more
Editorial

Local government has long been the site of gross mismanagement and corruption. Both of these deny people their hopes and dreams and can lead to them also losing their lives.
Read more
Politics