Zuma not rich enough yet? 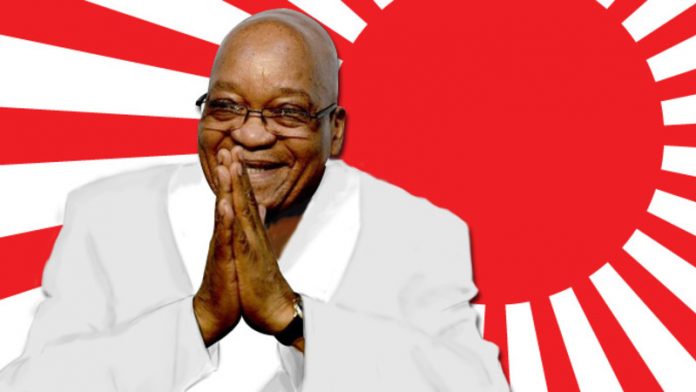 Despite fierce objections from opposition parties and suggestions of a reduction, Parliament on Thursday approved a salary increase for President Jacob Zuma.

The increase was approved when more than 200 Members of Parliament voted for the president to receive about R130 000 raise, bringing his annual salary to just over R2.7-million.

Objecting to the motion tabled by African National Congress chief whip Stone Sizani, the Economic Freedom Fighters said the country was already paying for too much when it came to the president.

At the beginning of the year, a 5% increase for all office bearers, including the president, his deputy, ministers and deputy ministers was recommended by the Independent Commission on the Remuneration of Public Office and it was brought to the National Assembly on Thursday for approval.

Referring to the president as “this man”, Shivambu said government could not increase the salaries of public servants, who had to contend with petrol price increases, and yet Zuma could come and ask the House for more money.

Nkandla
The Democratic Alliance also strongly objected to the increase, saying the president still had to account for benefitting from the security upgrades at his Nkandla homestead.

The Freedom Front Plus, in rejecting the ANC’s motion, instead suggested an amendment, that Zuma’s salary be reduced to R1. This comes barely a week after police minister Nathi Nhleko said the president did not owe a cent after the R216-million upgrades to his home.

No amount of protests from opposition, however, could sway the ANC MPs, who used their majority to vote for the increase. The increase will be backdated to April 1.

Welcoming the increase, the office of the ANC chief whip said since 2010, the President has never approved or accepted the Commission’s recommended increase that is above the prevailing inflation rate.