Acer goes for the education gap 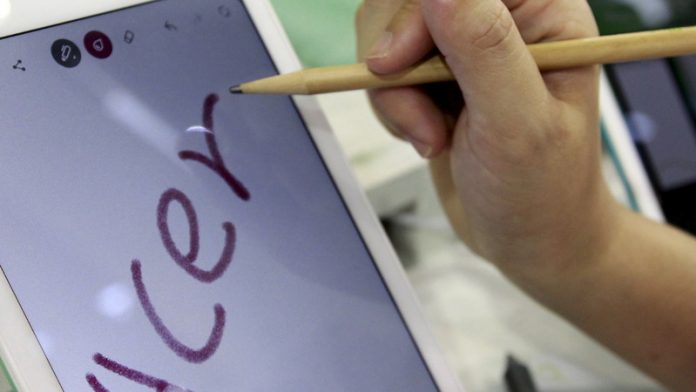 The personal computer market resumed its downward trend in the past year, battered by the rise of the smartphone and tablet. Yet, special interests remain and niches still lurk for the brave, the sharp and the strategic.

Those are all adjectives that could be applied to Acer, which reported losses for three years in a row until 2014. During its time in purgatory, its share price fell to a 12-year low and its chief executive resigned. And that was even before a record loss reported early in 2014.

But Acer turned back from the edge of the cliff, and grew its PC sales by 11.6% last year, even while the market as a whole rose only 1%. An operating profit of $86-million and after-tax profit of $57-million may seem small fry for the likes of Apple and Samsung, but for a company with the PC as its core business, it meant both survival and revival.

Part of the secret of its turnaround has been a consistent focus on two key PC markets: government and education. And it is the latter where the brand is achieving unexpected success in the face of the tablet revolution. It is currently the leader in the educational notebook market in South Africa, with 26% market share, according to David Drummond, Acer vice president for Middle East and Africa.

The good news for Acer is that it’s not about to lose that leadership. In the fastest growing category of educational laptops, the Chromebook running on Google’s Chrome operating system, Acer is the only local player.

“We’ve had great success in education,” says Drummond. “Acer also has a clear lead in Chromebooks, with 40% market share worldwide. In South Africa we are the only manufacturer bringing it in, so the products are sold as they come off the boat.”

It’s all part of a highly strategic approach to its sales channel, says Paul Collins, Acer Africa Commercial Channels Manager. The strategy includes not only the focus on education, but also on small and medium enterprises, and regional coverage, both within South Africa and across the borders in the countries of the Southern African Development Community.

“Unlike many approaches to selling computers into Africa, this is not about dumping stock. For example, we are currently talking to the Botswana education department about how we can meet their needs. It’s not only about the products, but also about the ecosystem.”

The Chromebook, says Collins, has been selling a few thousand units every quarter, but demand is beginning to accelerate.

“I have a pipeline of a quarter of a million units in South Africa,” he says. “The amount of interest across universities and education departments is phenomenal.”

It remains to be seen whether such a rich pipeline will translate into equivalent sales. Meanwhile, the company is not resting on its laurels.

At a launch event in New York at the end of April, Acer’s prime focus amid a wide range of product announcements was the educational market. It announced an entirely new notebook lineup for the American back-to-school season.

Along with the luxury Aspire V 15, it unveiled a new “ultra-affordable“ Aspire ES Series of notebooks, with screen sizes ranging from 11.6-inch to 17.3-inches, and packing up to 8GB RAM and 1TB of hard drive storage.

On the contrary, a range of complementary products launched at the New York event pointed to an ever-richer array of gadgetry being roped in to educational needs.

Acer unveiled the “ultra-short throw” U5320W projector, which can be placed less than an arms length from a projection surface, yet projects up to 100-inch high-resolution images. That makes it useful for both an office and classroom. It joins an array of educational tools, like the Acer SmartPen II, which allows interactive use of learning material projected onto any surface.

Acer has a massive battle on its hands to attract attention away from Apple and its iPad schools programmes around the world. While it does not compete directly on a product level, it is targeting the same market.  Based on recent result, though, there is clearly room for more players, particularly those, like Acer, that appreciate the importance of both product and strategy.

Acer to launch cheaper Iconia B1 tablet to undercut competitors

Why Microsoft should watch out