No evidence of SA’s Fifa $10m in Trinidad 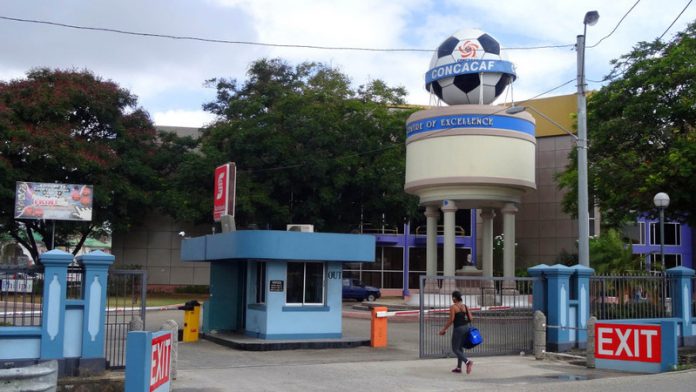 On June 1, the Dr João Havelange Centre of Excellence in Trinidad and Tobago – the supposed destination for $10-million in South African World Cup largesse – hosted exams for a business school. Last Saturday it was used for a wedding reception and a gospel concert. This coming weekend, it is the site for a national primary school swimming competition. In recent months, it has been home to a trade and investment convention, a “fitness boot camp”, music concerts and a comedy festival.

It has not seen that many graduation ceremonies and graduation parties of late, but that is a matter of timing; it is actively soliciting bookings for both those types of events now, before graduation season starts.

When South Africa ensured that $10-million of Fifa money flowed to Trinidad and Tobago in 2010, Sports Minister Fikile Mbalula insisted last week, it was with “the intent and agreement” that the money would “be utilised for the Dr João Havelange Centre of Excellence … [which] is a centre committed to the development of football across the whole Caribbean”.

If that is true, and South Africa did not intend the money as a bribe (as alleged by the FBI), it reflects incredibly poorly on the local organising committee of the 2010 Fifa World Cup and those government officials whose documents show them to have been involved in the decision, including African Union chair and possible future South African president Nkosazana Dlamini-Zuma. Putting money into The Centre (and it always refers to itself with a capital “T”) with the genuine expectation it would help develop football would have represented a staggering lack of due diligence about the money’s destination.

“There is just no way,” says Lasana Liburd, a sports journalist in Port of Spain who has spent decades almost at war with Jack Warner, the powerful Trinidadian administrator at the heart of the $10-million payment. “If I was going to give $10-million I’d want some background, some idea where it was going. I would never just hand over $10-million to Jack Warner and say ‘good luck’.”

Beneficial ownership
Liburd has been calling Warner a liar about the beneficial ownership of The Centre since 2012, using his wired868.com online publication as the vehicle. But well before 2008, he, and a small group of others, had already documented the state of Caribbean football finances on Warner’s watch and what they describe as the marked decline in performance that came with those troubles. By the time South Africa coughed up for what United States law enforcement officials consider a bribe, there were 10 years of questions about The Centre. South Africa asked none, nor did it volunteer information.

“The first we heard about it [the $10-million] was from the Americans,” says Liburd. “You would think somebody would say to us: ‘Wow, we just gave you so much money’. [It] never happened.”

It is not that Trinidad and Tobago have no use for large sums of money to develop football. Although the small island nation is still best known for its cricket, football is the more popular sport. It received a significant boost in 2006 when it qualified for the World Cup by beating Bahrain, even though the national team scored no goals in that tournament if one does not count an own goal in its last match before being eliminated.

That was as good as it ever got. In 2012, when the Soca Warriors (as the team is known) went begging to its home government for the money to take part in a regional tournament, it got a tongue-lashing instead.

“With regard to the support for the senior team, you have been informed on several occasions that the ministry’s focus is on development, given the abysmal perfor-mance of the senior team,” the sports ministry told the team in a letter.

Player boycott
In 2014 the team faced a player boycott because of unpaid wages; this year its parent association was again told off for spending just about its entire allocation of funds without budgeting for travel to competitions.

The development of community sporting facilities has also seen perennial delays, cost overruns and ­various flavours of administrative trouble over the years.

If an African country with a burning desire to support football in the African diaspora were to cast its eye around the world, Trinidad and Tobago would be a reasonable ­candidate. Haiti is one of only 10 countries ranked lower than it by Fifa, but it arguably has less opportunity to improve. Jamaica, on the other hand, is a better performer, and arguably does not require a handout as badly.

By the same token, however, The Centre is a terrible destination for development funding.

At the time of the South African payment, The Centre had already been in existence for 10 years, and had already lost its focus on football development, if ever it had had such a focus. Its “Nelson Mandela Room” was hosting meetings, but they were not about football.

Today the Sepp Blatter Hall, which can seat 1 500 people for a banquet, can be had for TT$46 345 a day (about R90 500). As best as the suddenly swelled ranks of Warner’s critics can tell, the profits from such rentals go straight to Warner.

In 2012 Liburd documented how Warner came to be both the owner of the land The Centre occupies and the registered owner of the complex. He and others have documented how Warner extracted value from The Centre through mechanisms such as a mortgage registered over it. Not all that evidence was in the public domain in 2008, but there was plenty of suspicion to go around.

Into this environment, South Africa poured a fortune. The payment made to The Centre was the equivalent of just over R61 for each and every person who lived in Trinidad and Tobago at the time, enough to get into the cheap seats of a Soweto derby even today.

Half the budget
The $10-million equated to just about half the total budget the island nation had allocated to the development of three national sporting centres, one each for tennis, cycling and aquatic sports.

The South African gift would easily have covered the entire cost of five “regional recreation grounds” – multisports facilities the islands’ government was struggling to get off the ground at the time.

In South Africa, $10-million would have gone an equally long way. At the time, it would have bought just under 11 000 DreamBags, the flagship project of the DreamFields ­soccer development project.

“Each DreamBag contains three soccer balls, 15 pairs of boots and 15 sets of kit, including numbered shirts, shorts and socks,” DreamFields explains. “We never stop being inspired by the way a DreamBag transforms a group of shy youngsters into a confident team of 10-foot-tall footballers.”

Instead of such local, grass-roots development, the money was allocated to the diaspora, as part of what then-president Thabo Mbeki in 2007 described as ensuring “that the 2010 Soccer World Cup [makes] a lasting impact on the continent and leaves the peoples of our continent and the diaspora … with a lasting legacy”.

Specific mention
In that speech Mbeki specifically mentioned Trinidad and Tobago, thanking its then prime minister for supporting South Africa’s 2010 bid. The issue of a large gift to that country never came up in that speech, nor when Dlamini-Zuma, also in 2007, was asked how the diaspora would be involved in the World Cup, nor when President Jacob Zuma visited that country in 2009.

The diaspora as a whole, however, did make an appearance in the run-up to the World Cup. In May 2009 the local organising committee had a special initiative for “a legacy project to unite Africa” with the African Diaspora Forum.

“As far as I know, that’s as much as we ever did,” said a former local organising committee insider who did not want to be named.