Xenophobia starts ‘at the top’ 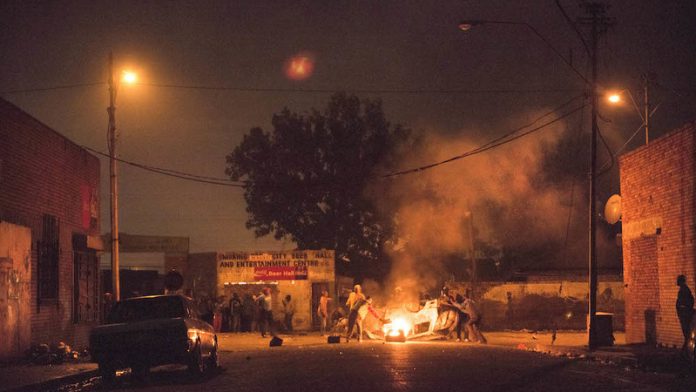 The African continent is yet to forgive South Africa for the xenophobic attacks on African migrants and, more than six weeks later, many Africans are sceptical about trusting the country.

This became clear at a gathering of the continent’s top thinkers in the social sciences and politics in Dakar this week.

Academics and policymakers use xenophobia and Afrophobia interchangeably and scoff at the South African government’s explanation that the attacks were purely criminal. No nation takes up arms against its brothers without an entrenched cause, they say.

“The Afrophobia that played out in South Africa crushed the dream of pan-Africanism,” the director of the African Futures Institute, Alioune Sall, said during the 14th general assembly of the Council for the Development of Social Science Research in Africa.

Since the attacks that claimed seven lives, President Jacob Zuma’s administration has been trying to mend fences with other African countries.

“South Africans are not xenophobic,” Zuma said. This was echoed by African Union Commission chairperson Nkosazana Dlamini-Zuma and almost every other government leader during Africa Day commemorations last month.

But African researchers don’t accept that. Mahmood Mamdani, a Ugandan academic and the director of the Makerere Institute of Social Research at Makerere University, said xenophobic attacks are a manifestation of feelings of exclusion held by political leaders.

He said in the past decade or so there had been an institutional reversal of inclusion in South Africa, with a strong focus on citizenship and residency.

One example given was that, in 1994, everyone living in South Africa could vote. Now there is a distinct emphasis that only South Africans may vote.

“The political class [government and the opposition] has provided the lead and signalled to the population this [view] by defining in narrow terms who belongs, who has entitlements and who can vote,” Mamdani said.

A more common response from the continent is that South Africans are ungrateful after Africa housed them during the struggle against apartheid, he said. There is also a feeling that xenophobia is a result of an absence of social justice in the country.

But Mamdani believes that the xenophobic attitude comes from the top. “If people are searching for clues as to why [this has happened] and how to move beyond this, I think both the explanation and the responsibility lies on the leadership,” he said.

The vice-chancellor of the University of the Witwatersrand, Adam Habib, who also attended the gathering, said because the attacks on foreign nationals had happened for the second time in less than 10 years, it aggravated matters.

“It is worth bearing in mind that our relationship with the continent is not as strong as it was in the [former president Thabo] Mbeki years. In the Mbeki years, our integration in the continent was defined by the Nigeria-South Africa pact that underwrote the African Union, Nepad [New Partnership for Africa’s Development] and other things. There was a lot of energy put by the South African political elite into the African continent.”

Habib said the Zuma administration appears to view the continent as merely a place from which to extract value rather than a place of partnership.

This week, African leaders signed a 26-nation free-trade pact to create a common market spanning half the continent, from Cairo to Cape Town.

The deal will integrate three existing trade blocs – the East African Community, the Southern African Development Community and the Common Market for Eastern and Southern Africa – whose countries have a combined gross domestic product of more than $1-trillion.

“We talk the rhetoric of partnership, and of a common market and pan-Africanism, and then we have a visa regime that completely undermines that,” Habib said.

This month strict new visa regulations have come into effect in South Africa, which require that tourists travelling with children must carry copies of their un-abridged birth certificates, and an affidavit from the other biological parent if only one parent is accompanying the child.

“In a lot of ways, it is easier coming to South Africa from Germany than it is from the rest of Africa,” Habib said.

The executive secretary of the Council for the Development of Social Science Research in Africa, Ebrima Sall, said Africa’s future lies mainly in its integration.

“There seems to be something that was done wrongly and policymakers are to blame. Maybe, as a solution, there needs to be better pan-Africanism education,” he said.

Qaanitah Hunter’s trip to Dakar was paid for by the Council for the Development of Social Science Research in Africa.