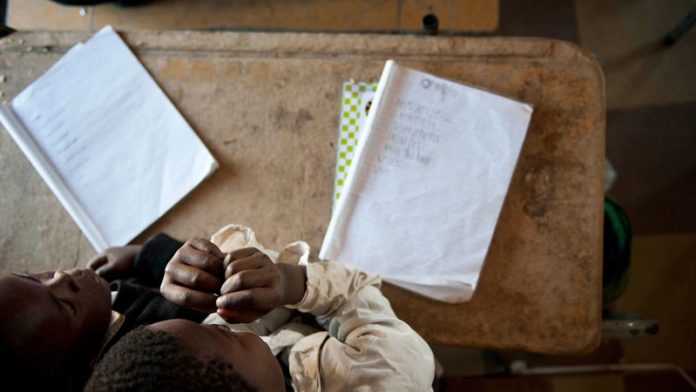 Targets for textbook delivery in the basic education department’s own policies are standards it should not be held accountable to, the department has said in court papers appealing a 2014 judgment that found it had violated thousands of Limpopo pupils’ rights.

The department said the case’s applicants – Basic Education For All (Befa) and 39 school governing bodies – had presented the internal policy document to the court as evidence that the department had broken its promises to pupils.

But the department said in its heads of argument that reliance on this document, “where the [department] has set lofty standards for itself, is not enforceable by … law”.

The heads were submitted to the Supreme Court of Appeal on May 21.

The judgment in question is part of the ongoing court battle brought by public interest law centre Section27 on behalf of Befa and the 39 schools in response to the enduring textbook crisis in the province.

Despite three court orders in 2012 forcing the provincial and national education departments to ensure all Limpopo pupils are given the textbooks they need, the two organisations returned to court last April, saying at least 39 Limpopo schools hadn’t received all their textbooks.

The judgment handed down in the North Gauteng High Court said the department’s delay in delivering the textbooks had violated pupils’ rights.

But the national education department appealed the ruling in June, arguing that ensuring every pupil had every textbook amounted to a level of “perfection … not the standard required from [government]”.

Section27 and Befa have been granted leave to cross-appeal.

The department has now reiterated its position in its heads, saying the contention that perfection is the standard, “with respect, is wrong”.

“What is required of an organ of state … is … reasonable measures … to fulfil the right to basic education.”

And to say the department has taken reasonable steps to realise the right to basic education “is an understatement”.

The department instead blamed the inadequate supply of textbooks – which it says has since been rectified – on “late reporting of the shortages in violation of the express instructions furnished to schools” and “the failure by schools … to ensure retrieval of the existing textbooks at the previous academic year’s end”.

Neither the provincial nor the national departments of education responded to the Mail & Guardian’s questions.

Meanwhile, several hundred pupils in the province still have not received the textbooks they need, Befa member Tebogo Sephakgamela told the M&G.

A meeting Befa held with about 150 community members on May 23 in the Capricorn district revealed that many children were still sharing textbooks, he said. This made doing homework and individual studying hard.

The principal of a primary school in Vhembe district spoke to the M&G on condition of anonymity because “the intimidation is so bad”.

She said her pupils in grades four to six “haven’t received textbooks in years” and were using textbooks from the old curriculum. “Even the other schools nearby are struggling.” Her school has not received the top ups it had requested either.

When asked what she thought of the department’s statements in its court papers she said: “How can they tell us they can’t be perfect but then expect us to teach children how to read and write?”

Kate Paterson, an attorney at Section27, said the organisation will file its heads of argument on June 22; she predicts the matter will be heard in November.

A textbook case for stronger action

The state must do textbooks by the book

Limpopo textbook case should not have reached court, says govt