Access to court papers is part of open justice 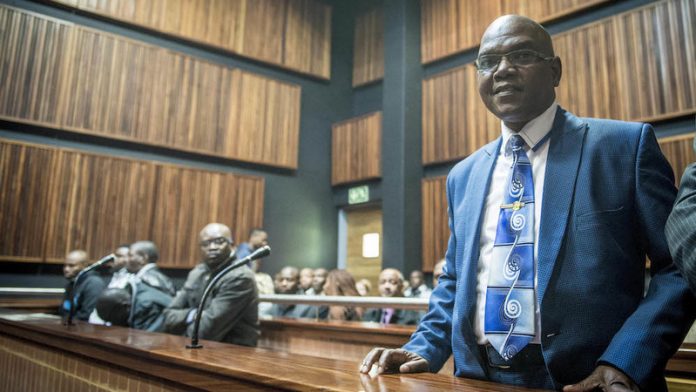 Justice must not only be done, it must be seen to be done. This is the essence of the principle of open justice. Put differently, the public has a right to have access to the courts, to observe how matters will be decided and to obtain court documents relating to those cases.

The past few months have been particularly important for this principle. First, the Supreme Court of Appeal in the South African National Roads Agency (Sanral) case handed down a significant judgment, which clarified that court documents should be available to the public from the time that they are filed – and thus well before the actual court hearing.

Second, Deputy Chief Justice Dikgang Moseneke gave a powerful speech at a recent press event in which he spoke positively about the televised coverage of the Oscar Pistorius trial and emphasised that “this was made possible because, before the trial even began, Judge [President Dunstan] Mlambo did what no South African court had before dared to do: media organisations were given permission to broadcast, live and in full Technicolor, a criminal trial”.

As Moseneke put it, the transparency of the judicial process is fundamental to developing public trust in the judiciary.

In the Sanral case, the appeal court expressed similar sentiments. The City of Cape Town is reviewing the decision of Sanral to, among other things, declare parts of the N1 and N2 national roads as toll roads. In the course of this review application, Sanral applied to court to restrict the city from referring to what it alleged to be its confidential information in one of the city’s affidavits in the review.

The bottom line of the appeal court’s judgment is that, once a court document has been filed, it is a public document and can be accessed by the public. So the principle of open justice begins when court documents are filed. Journalists can also report on the document from then, obviously ensuring they do not fall foul of any other law, such as the law of defamation.

But in the past few weeks, there have been instances where the principle of open justice has been dramatically undermined.

The main example is the criminal prosecution of Richard Mdluli, the suspended head of crime intelligence. He was charged with numerous criminal offences in 2011, including assault and kidnapping, as well as corruption and related charges.

The charges were all subsequently withdrawn and Mdluli was reinstated. But Freedom Under Law launched review proceedings in 2012 and the appeal court subsequently set aside some of the decisions for withdrawing the charges against him.

The National Prosecuting Authority then reinstituted charges against Mdluli, who is on trial in the high court in Johannesburg for the assault and kidnapping charges.

In relation to the corruption charges, however, three weeks ago the Commercial Crimes Court in Pretoria ordered that the charge sheet relating to these may not be made public until his trial starts later this year. This was said to be when the document would form part of the public record, which is directly at odds with the appeal court’s decision in the Sanral case.

We do not suggest that there may never be a limitation on open proceedings or the public release of court documents. For instance, information that could genuinely harm national security can legitimately be kept confidential (as was the case with some of the documents in the litigation between the former head of the National Intelligence Agency, Billy Masetlha, and former president Thabo Mbeki in the Constitutional Court in 2007).

But we see no basis for the blanket secrecy of the charge sheet in Mdluli’s case. It is particularly curious since so many of the details of the Mdluli saga are already in the public domain. The secrecy, reportedly, is to protect the identities of undercover agents mentioned in the charge sheet.

Even assuming this to be so, information revealing the identities could easily be redacted before the charge sheet is made public, a practice that is routinely followed by prosecutors.

The judicial officer who granted the request that Mdluli’s charge sheet be kept secret is also reported to have said that the secrecy is warranted because the charge sheet could change and thus could be prejudicial to the confidentiality of the accused if the general public is aware of the present charges.

But this, too, is no reason for blanket secrecy. If the charge sheet is amended, it will be made available and reported on. There is nothing prejudicial in that.

Here, then, are the correct general principles: open justice does not begin only when a court case begins; it applies from the moment the first court document is filed.

And the principle of open justice also does not end when a case is settled, withdrawn or has reached its conclusion.

The media are still entitled to court documents in respect of a case that has been settled, or if it has reached its conclusion and the documents, for some or other reason, were not made available before or at the court hearing.

One of the reasons that was given in the past for not allowing media access to court documents before the court hearing was the sub judice rule: that such access and reportage would prejudice the upcoming case.

But the law has already developed in favour of media freedom, as Moseneke noted in his ground-breaking speech: “But how, you might ask, can a statement outside of court affect the outcome of a case in South Africa, where we have no jury system? The answer must surely be that it rarely could, and that the sub judice rule, and its relevance in South Africa, is, at the very least, on the verge of extinction.”

The Sanral case and Moseneke’s speech make it quite clear that the starting point is that court documents, including heads of argument, are public and should be provided to the media to ensure accurate reporting of proceedings from the moment they are filed.

Errors creep in because some judges and magistrates seem to be sealing papers simply because one party asks for it and the other does not oppose it strongly enough.

In such cases, we submit that judicial officers should not readily accept what the parties between themselves have agreed: they should demand openness, unless there is a convincing case as to why that principle should be departed from.

Mdluli found guilty – but only for kidnapping, assault

Jiba and Mrwebi fired — ‘You lied to me’ says Ramaphosa