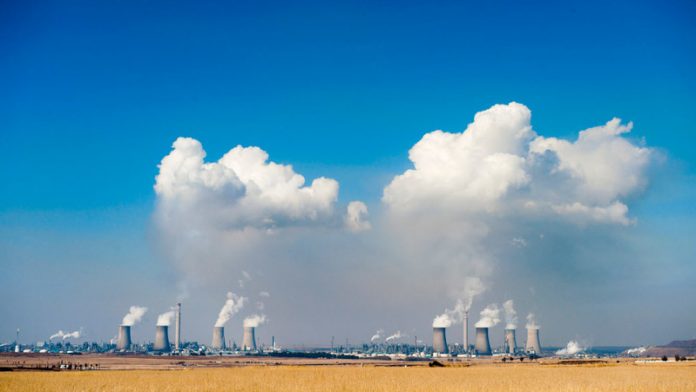 Bullying and lobbying by industry have delayed South Africa’s carbon tax, despite it being the one policy instrument that can reduce carbon emissions straight away.

The necessity to lower these emissions is illustrated by the global climate negotiations. The world is two degrees warmer than a century ago, according to the United Nation’s climate change unit. It says this has shifted rainfall patterns and increased the frequency of floods and droughts in South Africa.

This is because carbon concentrations in the atmosphere are at 400 parts per million, up from 250 parts per million before the Industrial Revolution. More heat is trapped and, as a result, temperatures are increasing at a greater rate than at any time in human history.

To lower emissions, all countries are drawing up mitigation plans – the intended nationally determined contributions.

South Africa’s plans are being done through the department of environmental affairs. But, at the same time, the treasury is finalising a carbon tax. First announced in 2010, it puts a R120 a tonne price on carbon emissions. This was intended to change consumer and producer behaviour by making dirtier forms of production more expensive, it said at the time. But, in practice, with discounts, companies would pay between R12 and R34 a tonne, with the cost rising if they failed to lower emissions.

Strong lobbying
The tax was supposed to come into force on January 1 this year. The reason behind the delay appears to be strong lobbying by big business – and government departments – either to get rid of the tax or to have it reduced. People willing to comment on the record are in short supply because South Africa is such a small community.

“The tax is being undone by bullying,” a carbon consultant said. “Business has the resources and power to be belligerent, while government does not even have a unified position.”

That belligerence is reflected in the submissions to the Davis tax committee, headed by Judge Dennis Davis, in May. Sasol, apparently the most outspoken over the tax, said it would not address the structural issue at the heart of South Africa’s carbon emissions – namely that half of all emissions come from energy generated by Eskom. “A carbon tax is not in the interests of South Africa,” it stated.

The Chamber of Mines argued that the tax would undermine the competitiveness of industry and would have negative economic and social effects. It also attacked the “misaligned” policies it claimed the environment department and treasury were pressing ahead with. The chamber said they would result in a trebled compliance cost.

The committee falls outside the purview of the official consultations being held by the treasury.

‘Vocal individuals’
Saliem Fakir, the head of the Worldwide Fund for Nature’s living planet unit, is one of the handful of nongovernmental groups who attend the consultations regularly. There were about 10 “very vocal individuals” who represented the interests of industry and state enterprises, he said. “The lobbyists know what they are doing.”

He said they produced research to oppose the tax, which they then presented on behalf of business as a whole. The biggest players were from the Energy Intensive Users Group. “The capability of corporations whose job it is to remove anything that lowers the rate of return is serious.”

Fakir said the treasury’s strategy was to have a strong team working on the tax and relied on outside support from groups such as the World Bank.

Three different sources said industry had the upper hand in the long term. A precedent was set last year when Sasol took the environment department to court in an attempt to stop the enforcement of new air ­quality legislation. The energy company was given a five-year postponement of compliance and later dropped the case.

“Government may be trying to do the right thing with the tax, but it is faced with companies desperately trying to defend their profits,” an investment expert who advises companies on carbon markets said. “By threatening to cut jobs or divest you have a pretty strong lever with which to bully government.”

‘No power’
Shaun Nel, the spokesperson for the Energy Intensive Users Group, denied that business was bullying the government.

“The opposite is true. Business has no power in engagements with government.”

He said big business had merely told the treasury that the tax would make companies uncompetitive and force them to move overseas. “Capital moves where it makes sense. That’s not a threat, it’s a fact.”

His group undertook research that it presented to the treasury to question some assumptions in the carbon tax. “Business in no way thinks we should not have a price on carbon. But a tax in this form makes no sense when emissions are dominated by Eskom, Sasol and ArcelorMittal.”

A tax would make companies close or move to other markets where electricity was cheaper, he said. “They will still emit and we will suffer the local impacts from those emissions while not getting any of the economic development.”

‘Increasing pressure’
Harald Winkler, the director of the Energy Research Centre at the University of Cape Town, has done extensive research on the tax and said it had to be implemented. “South Africa will face increasing political and economic pressure to limit emissions.”

Countries that had such a tax would begin taxing goods from those that did not, he said. China was planning on implementing a scheme, and earlier this month several large fossil fuel companies called for a global carbon trading scheme and a tax.

Winkler said the fate of the tax would rely on political will. With the powerful lobbying from opposition groups, and economic and election pressures on the ANC, it would take a strong treasury to ensure the tax came into being, he says. “It will come down to how determined a finance minister is in order to make the tax a reality.”

The treasury says the draft carbon tax Bill will be released soon so that it can be promulgated next year.