This is how we fix global banking 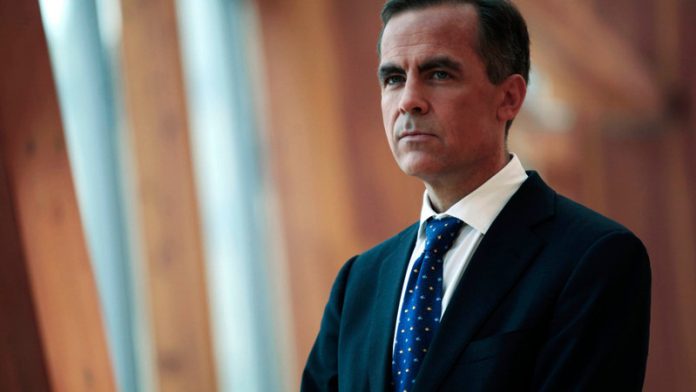 Almost 350 years ago, the Great Fire destroyed the City of London and rendered 100 000 people homeless. It took half a century to rebuild. The legacy of the Great Fire endures, including such Wren masterpieces as St Paul’s and 25 of his other churches that survive today within the City’s precincts.

But the fire’s legacy is not limited to how the City looks – it extends to what the City does. The blaze led Nicholas Barbon to establish the first insurance company, an innovation to fulfil a social need: the sharing of risk. Public authorities complemented private initiative.

There was a royal proclamation that set standards for wider roads and houses built from brick and stone instead of timber. And Parliament passed the Parish Pump Act to prevent “mischiefs that may happen by fire” by establishing fire brigades and improving water supply.

So that spark in Pudding Lane ignited much more besides the Great Fire itself: the provision of liquidity to limit contagion, a recognition that clear, well-understood codes contribute to the greater good and a belief that financial markets can solve real world problems. Coffee houses that served as meeting places for entrepreneurs and merchants, exchanges that supported the trading of financial claims, and a central bank that acted as lender of last resort – a rich infrastructure developed to support markets that served the United Kingdom and the world.

As the UK grew into the world’s leading economic and trading power, it also became its centre of financial capitalism. The City has retained its pre-eminence through market innovation. From eurobonds to emerging market debt, credit derivatives and centralised clearing, the City has continually created new financial products and markets to serve the real economy.

Leading global centre
Today it remains the leading global financial centre. The UK is the venue for 40% of foreign exchange trading volume, half of all trades in OTC (over-the-counter) interest rate derivatives, and more than two-thirds of trading in international bonds. More international banking activity is booked in London than anywhere else, and the UK is host to the world’s third-largest insurance sector and its second-largest asset management industry.

UK markets matter for global commerce. But above all, they matter for Britain’s prosperity.

These FICC (fixed income, currencies and commodities) markets establish the borrowing costs of households, companies and governments. They set the exchange rates we use when we travel or buy goods from abroad. They determine the costs of our food and raw materials. And they help our companies manage the financial risks they incur when investing, producing and trading.

Markets have become ever more important to people as they bear increasing responsibility for financing their retirements and insuring against risks. The suitability of those decisions will depend heavily on FICC markets. It is therefore vital that they work well – and are seen to do so. Though markets can be powerful drivers of prosperity, markets can go wrong. Left unattended, they are prone to instability, excess and abuse.

Markets without the right standards or infrastructure are like cities without building codes, fire brigades or insurance. Poor infrastructure allowed the spark of the United States’ subprime crisis to light a powder keg under UK markets, triggering the worst recession in our lifetime – poor “soft” infrastructure such as codes of conduct that too few read and too many ignored; faulty “hard” infrastructure, such as interest rates and foreign exchange benchmarks that were quite literally fixed; and weak banks whose light capital and heavy reliance on short-term funding created a tinder box.

Fire insurance
Central banks shared in these failings, operating a system of fire insurance whose ambiguity was anything but constructive when global markets were engulfed in flames.

The Bank of England’s general approach was consistent with the attitude of FICC markets, which historically relied heavily on informal codes and understandings. That informality was well suited to an earlier age. But as markets innovated and grew, it proved wanting.

Most troubling have been the many incidents of misconduct that exploited such informality, undercutting public trust and threatening systemic stability. This has had direct economic consequences.

Mistrust between market participants has raised borrowing costs and reduced credit availability. Falling confidence in market resilience has meant companies have held back productive investments. And uncertainty has meant people have hesitated to move job or home. These effects are not trivial, and they have reduced the dynamism of our economy in the post-crisis years.

Widespread mistrust has also had deeper, indirect costs. Markets are not ends in themselves, but powerful tools for prosperity and security for all. As such they need to retain the consent of society – a social licence – to be allowed to operate, innovate and grow. Repeated episodes of misconduct have called that social licence into question. We have all been let down by these developments. And we all share responsibility for fixing them.

Real markets are professional and open, not informal and clubby. Participants in real markets compete on merit rather than collude online. Real markets are resilient, fair and effective. They maintain their social licence. Real markets don’t just happen; they depend on the quality of market infrastructure. Robust market infrastructure is a public good, one in constant danger of under-provision because the best markets innovate continually. This inherent risk can only be managed if all market actors, public and private, recognise their responsibilities for the system as a whole.

The City has a special responsibility given London’s pre-eminent position in global markets, which is why it has already brought so many ideas and such energy to advance financial reform.

Reform is strengthening the resilience of major banks. Their capital requirements have increased ten-fold and their liquid assets are up fourfold. These banks’ trading assets are down by a third and intra-bank exposures by two-thirds. Reform is ending the scourge of too big to fail.

The combination of eliminating the implicit public subsidy and increased capitalisation will correct the distortions caused by the structural underpricing of risk on banks’ balance sheets. And by making a further shift to market-based finance inevitable, it is increasing choice and competition – real market forces.

Risk tranfer
Reform is also improving risk transfer by untangling the complex web of derivatives that meant failures such as Lehman triggered chaos; and by creating simple, transparent and comparable securitisation markets. This reform agenda has increased the effectiveness of FICC markets and reinforced their social licence. It is frustrating for us all that such major progress risks being overshadowed by misconduct.

The importance and complexity of the task is illustrated by the many root causes of the misconduct in FICC markets. Specifically:

All these factors contributed to an ethical drift. Unethical behaviour went unchecked, proliferated and eventually became the norm. Too many participants neither felt responsible for the system nor recognised the full impact of their actions. For too many, the City stopped at its gates, though its influence extended far beyond.

A good start has been made in addressing these deficiencies. The design and regulation of key FICC benchmarks has been overhauled and transparency in FICC markets is being enhanced. Compensation rules have, in the main, been transformed to align better risk and reward. From next year, senior managers of banks and insurers will be held directly accountable for failures in their areas of responsibility. And the best firms are improving the tone from the top, launching conduct training and revamping control structures.

Major gaps
But major gaps remain. These are evidenced by enforcement actions that continue to appear with depressing frequency. These sanctions, though necessary, aren’t the solution, not least since the $150-billion of fines levied on global banks translates into more than $3-trillion of reduced lending capacity to the real economy.

The Bank of England’s arcane governance blurred the bank’s accountability and, by extension, weakened the social licence of markets. Before my arrival, the bank’s governance was reshaped. The bank’s board of directors, or Court, has been strengthened. Its external members now have formal powers to observe the meetings of the bank’s policy committees and to commission reviews into the bank’s performance.

I welcome the government’s intention to introduce legislation further strengthening the governance and accountability of the bank.

It will continue to modernise its operations and has focused its market intelligence programme, strengthened procedures, improved training and overhauled compliance. And it is introducing a new code of conduct. The bank expects its senior management to meet the highest standards of professional conduct, and the bank will continue to reinforce its commitment to openness and transparency.

It’s vital that we – public authorities and private market participants – work together to reverse the tide of ethical drift. This cannot be a one-off exercise. We need continuous engagement so that market infrastructure keeps pace with market innovation.

Our response to recent failings should be as ambitious as those of our predecessors to the Great Fire: renewed prosperity built on private markets and public market infrastructure. Let our legacy be the earthly equivalent of Wren’s ethereal genius – real markets, so that the City can do what it does best: transact and innovate for the good of the British people and the world.

This is an edited excerpt of a speech given by Mark Carney, the governor of the Bank of England, in London on June 10.