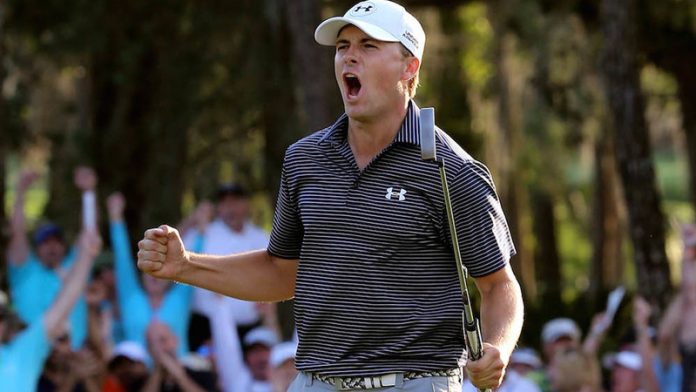 Golfers are uneasy with the concept of rivalry in the 21st century. This partly arises from modesty with regard to the epic clashes of yesteryear. Could Palmer vs Nicklaus or Snead vs Hogan, for example, ever find a reasonable comparison?

The sense of a present-day battle is now unavoidable after Jordan Spieth’s US Open triumph at Chambers Bay. Two players with a combined age of 47 share golf’s majors. In the past two, both won by Spieth, Rory McIlroy has finished fourth and tied ninth. McIlroy blasted the field into submission at last year’s Open and US PGA Championship. The pair have set themselves apart as the leading players in the world, with excitement building around career-defining duels.

Spieth will be revelling in his dramatic one-stroke US Open victory but thoughts elsewhere have turned to St Andrews. The 21-year-old Texan will head to the Open seeking a third major victory in succession, the first time such a feat has been possible on the old course since 1960. Then, Arnold Palmer finished second, aged 30.

“I’ve now been doing it for a while,” Spieth says. “I don’t really think of my age.”

Spieth is in illustrious company. He is the youngest US Open champion since Bobby Jones in 1923 and the youngest since Gene Sarazen, a year earlier, to claim multiple major titles. Before Spieth, only Craig Wood, Ben Hogan, Palmer, Jack Nicklaus and Tiger Woods had won the Masters and US Open in the same year.

“The focus this year was on the majors,” Spieth says. “The goals were the majors. They weren’t on winning a certain number of times or getting into contention in a major. It was: ‘Let’s find a winning formula in a major.’

Golf historian
“There’s now a piece of golf history and, as a golf historian, that’s very special and it gives me goose bumps. It’s amazing. And just to think of what our team has been through, how fast we’ve risen to get on tour and to contend and win major championships, it’s amazing. And it gets better every week with our team.

“Those names are the greatest that have ever played the game and I don’t consider myself there but I’m certainly off to the right start to make an impact on the history of the game.”

Spieth’s acknowledgment of a fast track to the summit is pertinent. He took a gamble three years ago in dropping out of university, backing himself to succeed in the professional game by an unconventional route. The reward has already reached more than $16-million in prize money. From the outset, the consequences of failure drove Spieth on.

St Andrews will be fascinating. Woods, a two-times winner there, now looks a spent force but will return. Tom Watson and Nick Faldo will use the platform to bid their farewells to the Open. McIlroy, who departed Chambers Bay insisting he had struck the ball better than ever before in a major, adores the Open venue.

“I can strike the ball better than I did this week,” Spieth says. “I can get more positive. I can improve in all aspects of my game, I believe that. It’s just about now looking to St Andrews and everything prior, how are we going to best prepare for it and how are we just going to fine-tune. It’s just fine-tuning, it’s nothing major and that’s what we normally have to do anyways. And there’s always a way to get better.”

Whereas McIlroy will use the Scottish Open as his Open precursor, Spieth will compete in the John Deere Classic. That event was the first Spieth won on the PGA Tour, two years ago. McIlroy is the holder of the two tournaments Spieth encounters next. After St Andrews another links-like venue, Whistling Straits, hosts the US PGA in August.

Focus on the Claret Jug
“I’m just focused on the Claret Jug,” Spieth says. “I think the grand slam is something that I never could really fathom somebody doing, considering I watched Tiger win when he was winning whatever percentage of the majors he played in. He won the ‘Tiger Slam’ but he never won the four in one year. And I figured, if anybody was going to do it, it would be him, which he still can.

Apart, that is, from upstaging McIlroy as the best player in the world. “It’s awesome the game is in young hands. I don’t think much of a rivalry, I’ve said that from the beginning.

“Rory has four majors and dozens of wins and I’m just starting out. I’m certainly quite a bit younger than he is. I’m just happy to have this [title] and to be chasing that No 1 spot which he holds. So I’m certainly focused on that.”

That threat will inevitably motivate McIlroy. Rivalries define sport and, despite Spieth’s denials, golf has been afforded one. – © Guardian News & Media 2015