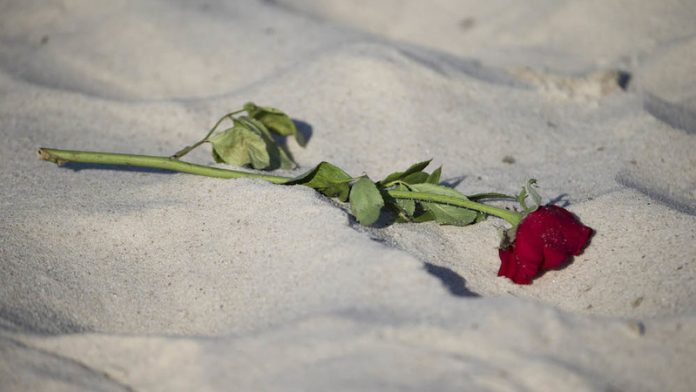 When we use the dismissive term “cheap PR stunt” we do not normally have in mind a dreadful beach massacre, a slaughter in a Kuwaiti mosque or a murderous bid to blow up a French provincial factory. But that is what last Friday’s triple horrors essentially were.

They were cheap in the literal sense that, whatever co-ordinating hand was at work in Tunisia, Kuwait and France, it did not cost Islamic State or Isis strategists much in terms of the group’s resources, though the cost will be high to its immediate victims and beyond.

It was also a PR stunt because it was designed to impress and thereby frighten people with its bloody and far-reaching audacity: Shia Muslims, Tunisian hoteliers and their staff, this summer’s holidaymakers, people going to work on industrial estates in France or, indeed, across Europe. And, of course, it was meant to inspire disaffected young men to join the jihad.

The atrocities and how we respond to them say a lot about us, but also about Isis. It is not comforting that we play into their hands every time, suggesting that they understand us better than we do them. That is a conceit we should take more care to dispel.

The first thing it shows us is how divisive last Friday rapidly became. For reasons we all understand, media coverage is immediately evaluated in ethnocentric terms.

Traumatic events
First and foremost, the victims are Britons, then European holidaymakers sunning themselves on a peaceful beach. Some distance behind there is a French factory manager decapitated in the suburbs of Lyon on a sunny summer morning. Finally, quite a long way back, they are Shia worshippers, assaulted by fellow Muslims during Ramadan in the safety of their place of prayer – which must be at least as traumatic as on the beach.

On Friday night’s TV and in Saturday’s papers that I saw, only the Financial Times‘s small headline spoke of “more than 60” dead, which was the estimate from all three murder sites at the time. Strictly speaking, that is correct, but it also shows the limit of dispassionate coverage and why most of the media jumped the other way.

But the FT‘s sense of proportion let it down on Saturday too. Unable to resist a little scoop, it led the edition on the allegations of complicity in the Libor bank lending rates scandal of the top man at Deutsche Bank, Europe’s biggest bank.

Important but not as important as the unfolding drama of Greece’s financial crisis, which became a fully blown one by Monday morning – with banks shut until next weekend’s pointless referendum – but one that was pushed to the sidelines by the killings at Sousse.

At the risk of sounding callous amid so much bewildered anguish and fear among tanned refugees from Tunisia’s hotels, the destructive capacity of a botched Greek exit from the eurozone is far greater than a failed break dancer with a Kalashnikov on a beach.

There is an arrogant, adolescent quality to the Syriza-led government of Alexis Tsipras and its strategy, that persuaded itself that what is now happening would not be allowed to take place by Brussels and Berlin. But if Syriza miscalculated, so did the self-styled grown-ups in the creditor camp, which lent Greeks money they could never repay. Old men and women make mistakes too.

The grim summary by the Guardian‘s Larry Elliott in which he ponders whether this is a Sarajevo-in-1914 moment for Europe, highlights the structural flaws inherent in the design of the euro project (plenty said so at the time) and holds out the slender hope that the European Central Bank will rise above politics and keep Athens afloat long enough to sober up both sides.

It will not be easy in that historically divided country, which says it wants an end to austerity but also to stay inside the eurozone, an unearned symbol of modernity that Brussels should have refused it. Greece’s best bet is tourism for the same reason as Tunisia, another fragile Mediterranean democracy, and tourism needs stability to thrive. It is all very well for us to call for solidarity – the Observer had a stirring, thoughtful editorial on Sunday – and the need to support Tunisia.

Marching through Paris with Je Suis Charlie banners is not quite the same as trying to relax; it cannot be done and Tunisia looks likely to slip back. Britain’s prime minister, David Cameron, promised a “full-spectrum response” on Sunday, but it is mostly bluff. Quiet resolve and unpublicised initiatives work best.

As the posters used to say when we had a serious spot of bother on a beach, such as at Dunkirk in 1940: “Keep calm and carry on.” Anyone for Wimbledon?

That is not what Isis wants, so its cheap PR stunt looks pretty successful as it continues to dominate headlines across Europe (the United States is an even more parochial place).

From its point of view, Seifeddine Rezgui, the 23-year-old Real Madrid and break dancing fan who wreaked mayhem at Sousse, is not a student narcissist, not an angry adolescent who just wanted to “be someone”, but a selfless martyr who is already leading the life in paradise he could only dream of in Tunisia.

For prestige and women
It would be easy to mock such fantasies; it is best not to. We’re faced with a particularly dangerous enemy who disguises familiar secular ambition for worldly power and money, for prestige and women, in the guise of religious piety of a brutal kind.

But this too is familiar, as old as recorded history. Cruelty and piety, the promise of happiness in the next world for their followers, while accumulating bling for the leadership in this one, is a cliché that should not surprise us, yet still does. The more authoritarian a regime, the more corrupt it is likely to be.

We should show what solidarity we can with Tunisia, which may mean money, not tourists, as it does next door in Libya to help manage the tide of refugees. Most are Muslims not enamoured with Isis’s world view, though a few always are, as in the suburbs of Bradford or Birmingham, privileged as well as poor.

Rezgui had a university degree and must have had prospects. He chose a shortcut to fulfilment via a video game fantasy – cruel and cowardly.

In our response to the challenges Isis poses, we should be aware of our own hypocrisies as well as theirs, self-centred and complacent as we often are. If we hope to reach out to the Muslim majority, we should try harder to share their pain – in that Kuwaiti mosque – as well as our own. It is the right thing and the smart thing to do.

Nor should liberal states engage in illiberal responses to terrorism. It is what the other side wants us to do and what hotheads will now urge. It would help if we were able to convince ourselves that Isis’s challenge, savage though its effect is, is also largely bluff. The military picture is mixed but it is weaker than it pretends and it probably knows this. So should we.

The resolute Kurds rebuffed the Islamic State in the strategic Syrian border town of Kobani again last week, though you would be forgiven for not noticing. Cheap PR stunts during Ramadan, however bloody, give the game away. Above all, we must keep our collective nerve. Our fear is the Islamic State’s greatest asset. – © Guardian News & Media 2015