[From our archives] Remembering Marikana: Is this all that 44 men’s lives are worth? 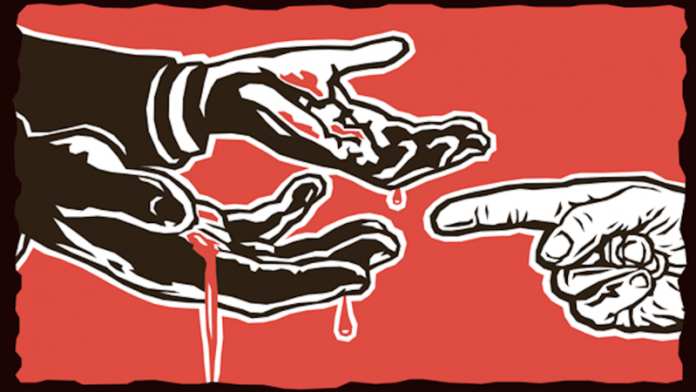 In the aftermath of the 1976 student uprising in Soweto, some observers noted that, for all the international attention the event received, Soweto 1976 did little to discourage, let alone weaken the state’s quest for more efficient forms of brutality in dealing with opposition and dissent.

In the aftermath of the Marikana massacre, the same questions that tormented our predecessors have risen from the graveyards and now stalk us. Is Marikana a profound moment of national crisis? Or is it “just a little atrocity” as Miriam Makeba suggested Soweto 1976 was reduced to, in her song Soweto Blues? Was Marikana a mere diversion in the triumphal march of a state that is slowly developing a knack for intolerance of dissent, brutality and heartlessness towards the poor?

Tom Lodge, in his book on the Sharpeville massacre, produces a “catalogue of carnage” – a quick list comprising a number of South African massacres. Since Sharpeville in 1960, Marikana is the fifth major national massacre – giving us a horrific return of 1.1 state-sponsored massacres every 10 years. Not to mention the odd “little” ones that break out in unruly places from time to time, and the low-intensity massacres of the ungovernable 1980s.

There must be some rationale, rhythm and predictability in this ghastly national rite, in which the blood of the poor is repeatedly offered to the insatiable gods of greed and injustice every time the poor so much as raise a finger.

Never in our wildest dreams did we imagine that our democratic government, our Parliament of elected representatives comprising ruling and colourful opposition parties, our esteemed judiciary and its attendant criminal justice system machinery, as well as our impressive portfolio of civic and nongovernmental organisations, could together be the ones in whose time, under whose watch and oversight, South African citizens could be massacred.

I know we know but we should never tire of rubbing our noses against the bitter fact that Marikana took the lives of 44 mainly young black men, 37 of whom were killed by the police. And, lest we forget, on August 17 2012, the morning after the police mowed down 34 lives, the national police commissioner congratulated the police, saying, “You did what you did because you were being responsible.”

In the aftermath of the report of Judge Ian Gordon Farlam’s commission of inquiry, we are astounded by the seeming incapacity of our Constitution, supposed to be one of the best in the world, and the impotence of our criminal justice system, often cited as some of the few things that work well in this country.

The Marikana commission report is replete with qualifications, explanations and seeming excuses for why it is not authorised to do this or that, how it cannot pronounce on guilt, compensation, criminal liability and the like.

At the end of it all, the commission seems to have spectacularly failed to extract any meaningful consequence for anyone and any institution, not even government collectively and certainly not any member of the executive. It is instructive that the section dealing with government in the commission’s terms of reference is brief and hurried, making explicit reference only to the department of mineral resources.

After the national commissioner finished congratulating her troops on August 17 2012, the police minister assured them that, “as minister and on behalf of the government, the executive as a whole, on behalf of the president of the republic, commander in chief of all the armed forces in this country, we are all behind you”.

On that occasion the minister also said to the police: “From the bottom of my heart as your minister, I want to thank you on behalf of government … and commend what you are doing”.

And after all this, the commission doesn’t unequivocally suggest the bereaved are entitled to some compensation. Instead, the commission “is not satisfied that its terms of reference are wide enough to cover the question as to whether a compensation scheme … should be implemented by the state”.

Why did the commission not say whether compensation was reasonable or not and then refer the matter of compensation to the presidency, the treasury or the National Prosecuting Authority or whoever, for further investigations, as it did with other matters?

The bereaved must now, at their own cost, on their own strength, without even the psychological, let alone legal, backing of the commission, try to convince a court that they are entitled to compensation. This is a massive backhanded klap for the bereaved by a commission appointed to help them find closure.

The very manner in which the report was released left a lot to be desired. The presidency seemed to hope the report could be a matter between it and the commission – showing little sense of urgency for releasing it. When it was released, rather hastily, the bereaved, the orphaned and widowed of Marikana were conspicuous by their absence. This is shockingly insensitive.

Treating the bereaved with dignity and respect at the moment of releasing the report was the last opportunity for the state to ritualise its empathy not only with the families but with the nation as a whole.

These families should have been in the front row. The president should have spent the afternoon with them, getting to grips with the “untold pain” they experience as a result of the “horrendous tragedy” to which he referred in his speech.

The extent to which, both in its mandate and its final report, the commission succumbs to all manner of euphemisms is disturbing. In various parts of the report, it tells about so many persons who “died on the scene” and so many who “died later in hospital”.

But these people did not just die; they were killed. They are not victims of cancer.

Anywhere else in the world, and at any other time in our own history, what happened on August 16 2012 would be called a massacre, no more and no less. There is a difference between the idea of “tragic incidents at Lonmin mine in Marikana” and a massacre in Marikana.

Framing a massacre as if it was a bus accident or a natural disaster feels most cynical, if even sinister. But what could be the function of this seemingly deliberate misnaming? It is a refusal to countenance the reality of a state – even a democratic state – that can, and has, allowed its police to use live ammunition against its citizens because the citizens dared to protest.

The impression created is that, because Marikana was supposedly only a “tragic incident”, it is so unique there are no valid historical precedents we can compare it with. The audacity to call a massacre in which 34 people died at the hands of police in less than an hour a mere “tragic incident” is surreal.

This article began by making reference to the scary possibility of a state that is developing a sense of apathy towards the poor. The Farlam commission seems to have been seduced by that logic.

The Marikana massacre is not about the commissions of a Mpembe here, a Mbobo there and a Phiyega elsewhere. It is not about public order policing or first aid skills. The Marikana massacre is about a fundamental failure of leadership from the lowest to the highest echelons of our leadership structures, starting with the labour movements, the mining houses and our instruments of democratic administration as well as a blatant shirking of political accountability at the highest levels.

Tinyiko Maluleke is a professor at the University of Pretoria

The coronavirus pandemic has revealed heavy-handed, brutal and, at times, lethal action by some members of the police
Read more
National

Not a year into buying Lonmin, Sibanye is accused of mistreating the mineworkers who were injured eight years ago during the Marikana massacre. But the platinum giant says it is a miscommunication. Athandiwe Saba and Paul Botes visit Marikana to find out the truth
Read more
Opinion

Exclusion will continue to fuel corruption

Still no money for Marikana wounded and arrested