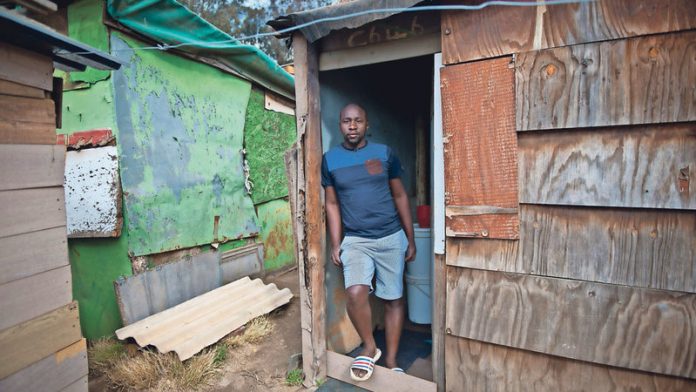 When Sello Molewa attended his graduation at the University of Limpopo in 2008 he was bestowed with an empty envelope, a certificate for his hard-earned bachelor of arts degree in media studies absent.

Eight years later Molewa (32), who comes from the rural town of Tzaneen, still does not have this crucial document.

The University of Limpopo, located in Mankweng outside Polokwane, has withheld Molewa’s degree for almost a decade because of an outstanding tuition debt. This was the reason it gave him for not conferring the qualification on him at the graduation ceremony.

Amounting to R9 770 at the end of 2007, Molewa said this debt was incurred because of the National Student Financial Aid Scheme’s (NSFAS) failure to fully settle his fees for the final year.

Molewa’s pensioner parents could not settle the debt, nor could he from the earnings of the menial jobs he subsequently went on to do in Gauteng.

NSFAS did not deny or confirm Molewa’s assertion.

“NSFAS would not want to deal with any of its beneficiaries’ financial information through the media,” said spokesperson Kagisho Mamabolo.

Empty envelope
The events that have unfolded in Molewa’s life since the day he went home with “just an envelope with nothing in it”, after three years of study, are what led him to the Marathon informal settlement near Germiston.

He regrets that, when his classmates graduated to better life opportunities, he graduated to a life in a squatter camp. “If things had turned out right I don’t think I’d be staying here at a squatter camp and doing [the work] I’m doing right now,” he said.

“I think I’d be far better off in life. But what can I say? This is how fate turned out,” the eloquent Molewa said. “When I look at my former classmates, some are doing well and have got jobs that they went to school for. They are living a good life. For me it’s just hustling.”

Molewa wanted to become a journalist, but he now holds an unskilled job at a Germiston company. He earns barely enough to even dream he could make arrangements to pay the university. “I can’t pay because my salary is very low.”

It is just enough to see him through domestic responsibilities. “I’m the only boy child at home, so I have to send money. I also have to support my [22-month-old] son.”

Graduates with outstanding fees receive letters from their university confirming that they have completed their studies. The universities and government argue that this places the graduates in good stead to land a job.

Useless
But Molewa found the confirmation letter from the University of Limpopo to be useless.

“I even failed to get an internship with that letter,” he said. “It actually doesn’t mean anything to employers. I have first-hand experience of that. I remember this one time I went for an interview and they told me ‘but no, you don’t have the certificate and people who’ve applied do have certificates’.

“That’s what made things difficult [to get a media job]. If I had received the certificate I could have got a job and paid the university.”

All that Molewa now hopes for is receiving his qualification, “something that I worked so hard for. If I can just have it, maybe many doors would open.

“Completing my studies was a struggle. There were days when I had nothing, no food and shoes. I used to get R200 a month from home for food. It was hard.”

Molewa completed his studies in time, which could be viewed as a special feat in the context of students’ performance in South Africa.

A report released by the Council on Higher Education in 2013 revealed “only about one in four students in contact institutions” excluding the correspondence-based Unisa, “graduate in regulation time”, for example, three years for a three-year degree.

Who succeeds?
The hard-hitting report found that just under 5% of black and coloured students succeed at university, and more than half of all first-year entrants never graduate.

The University of Limpopo confirmed that it is withholding Molewa’s degree. Spokesperson Kgalema Mohuba said: “Our certification policy states clearly that certificates are issued to graduands whose fees account are fully settled. Mr Molewa can always make arrangements with the university to settle outstanding debts in the form of minimal instalments.”

Mohuba said Molewa “must have been” affected by a NSFAS shortfall in 2007 because he was not the only student in this plight. He added that “some students have made arrangements with the university to release their academic records or the letter confirming they have completed their degrees”.

Withholding students’ certificates and results is standard practice at the country’s universities, which are themselves battling bulging student debt. The University of Limpopo’s student debt stands at R589-million “dating back to the previous years”, as Mohuba put it.

But the National Assembly’s portfolio committee on higher education and training has many times lambasted universities and their representative body, Higher Education South Africa (Hesa), for the practice. Former chairperson of the committee Ishmael Malale once told Hesa “withholding of results was a bad response, since the rich students would get their results”.

Engage
Pinky Phosa, the committee’s current chairperson, this week told the Mail & Guardian that while it was understandable that South Africa’s “universities are facing high rising student debt … when it comes to cases involving the poorest students, we encourage universities to engage with the students rather than holding them to ransom”.

She said the committee would follow up Molewa’s case with the university. “We cannot have a situation whereby a student is trapped permanently in poverty when this matter can be addressed.”

Hesa declined to comment on why the practice was still prevalent. Berene Kramer, the body’s acting chief executive officer, said she needed extended time: “Commenting would require a fair amount of co-ordination, which is very difficult currently as all the universities are in recess.”

Mohuba said that, for universities to abolish the withholding of certificates, the “government should also provide [student funding] alternatives so that the debts of the university do not increase”.

Diane Parker, deputy director-general in higher education and training department, said Molewa’s plight was a “societal problem [not] just of one graduate. It will require the state together with civil society and the business community to resolve.”