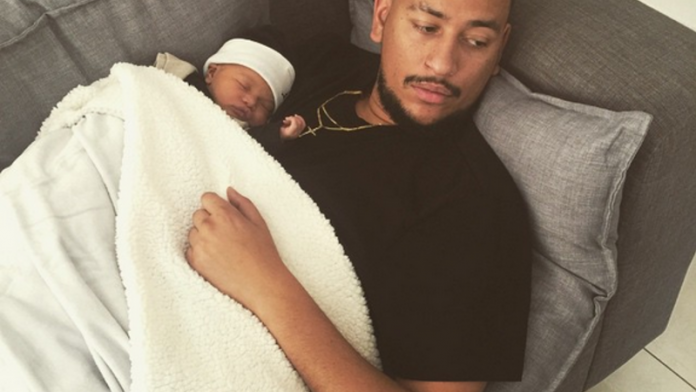 AKA, Tumi and Khuli Chana are looking for the next best rapper

It seems the TV talent-show season is upon us during the month of July. Last night Idols SA aired its first episode for its new season and just as expected, renowned choreographer and new Idols judge, Somizi Mhlongo was a hit with the viewers, who found him extremely entertaining. Vuzu AMP will also air the first ever hip hop reality talent search show on local TV, titled The Hustle on July 14 on DStv channel 114 every Tuesday at 7:30pm. DStv invited the media to an exclusive viewing of the first episode of the show at their offices on July 9.

The show, which is hosted by presenter Sammy Sosa, so far offers great suspense and showcases some of the finest rappers in South Africa. The winner of the competition will walk away with R 250 000 in cash, a record and management deal, valued at R 250 000, from entertainment company Vth Season, R100 000 music video for their winning song and a 6-month public relations contract with African Star Communications. The judging panel consists of hop hop stars AKA, Khuli Chana and Tumi Molekane. According to Molekane the judges are looking for various things in the winning contestant.

“We do appreciate that not all the contestants are ready so for me it’s about who looks the most ready?” says Molekane. “I’m looking for confidence, skill, X-factor,” AKA adds.

AKA becomes a father

While on the topic of AKA, the rapper and new dad, has recently shared some photos of his daughter Kairo Owethu Forbes on Instagram. AKA, born Kiernan Forbes, announced the birth of his daughter with DJ Zinhle on July 8 and now baby Kairo is almost as famous as her showbiz parents. See more pics below.

Author JK Rowling, of Harry Potter fame, has responded to body shaming comments directed at 2015 Wimbledon champion Serena Williams. Internet trolls tweeted that Williams is built like a man, which they claim is an advantage for the tennis star.

#SerenaSlam! I love her. What an athlete, what a role model, what a woman!

Rowling responded with a photo of Williams off the tennis court, wearing a figure hugging red dress, with make-up on.

.@diegtristan8 “she is built like a man”. Yeah, my husband looks just like this in a dress. You’re an idiot. pic.twitter.com/BCvT10MYkI

French fashion designer Christian Audigier (57) has died after a battle with cancer. Audigier, who died on July 9 in Los Angeles in Cedars-Sinai Medical, was renowned for his work on popular fashion lines, Ed Hardy and Von Dutch.

According to CNN reports, the designer had been in and out of the hospital receiving treatment for cancer. He was diagnosed myelodysplastic syndrome, a bone marrow disease in January 2015.

He broke into the fashion industry at the age of fifteen, designing a line of denim. His studded shirts and jeans quickly became trendy and his collaboration with artists, Don Ed Hardy, resulted in trendy shirts that gained Hardy global attention. Audigier also popularized the Von Dutch brand, which saw celebrities such as Justin Timberlake and Ashton Kutcher wearing its trucker hats. He is survived by his wife, a daughter and three sons.

"To remain relevant to the current generation, kwaito will need to shape-shift and reinvent itself akin to the evolution of hip-hop. "
Read more
Opinion

When the AU is making promising strides in realising African integration through the adoption of pop culture, what lessons should be taken from them?
Read more
Friday

If Atlanta was a taste of what’s to come, Orlando Stadium is going to explode like never before
Read more
Friday