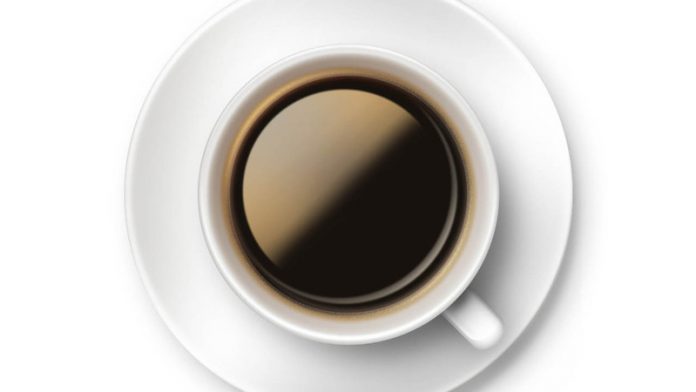 Sweaty palms grip a slightly moistened leather wallet, clenching tighter and tighter with every step towards the counter. Noises bombard your ear drums – a colleague talking next to you, discussions in the queue around you, the drone of passing cars – and merge into a clamour of sound, and eventually become a cold silence. And the only thing you can hear is the increasing thump, thump of your heart, though it feels as though the hammering is coming from your throat.

You close your eyes, hoping to regain your composure. But it makes you feel worse, because the world seems to have started spinning. Bile accompanies the nausea that starts to rise up in your throat, and you begin to lose feeling in your legs. You lean on the nearest counter-top, and for a minute you think, “I’m going to be okay”. But then you realise that everyone is staring at you.

They don’t understand. Maybe you could explain?

If only you could get words out, but your throat has closed, and you struggle to breathe, let alone talk. Suddenly all the stimulus stops and the world goes black. Who would have thought that trying to get a takeaway coffee could end in such disaster?

The reality is that it can and does for many people every day. This is an example of a typical panic attack. They can occur during mundane, everyday activities, like driving, dealing with a client on the phone or stopping for a quick coffee.

The Medical Research Council’s unit on anxiety and stress disorders in the department of psychiatry at Stellenbosch University – the only research unit of its kind on the continent – focuses on trying to understand these debilitating conditions. Some of their recent research has shown that traumatic experiences in childhood can contribute to the development of anxiety disorders later on in life.

There are also well established genetic influences that add to anxiety disorders. Childhood trauma and a person’s genetics play a role in our understanding of anxiety disorders and more effective, and essential, long-term treatment options.

Current treatment strategies include both drug-based and drug-free therapy options. Medication-based therapies focus on two main targets: dopamine or serotonin. But only half of the people placed on drugs have a marked visible improvement. Behaviour-based therapies, such as cognitive-behavioural therapy, involve situations in which therapists engage with patients to challenge negative thoughts to alter unwanted behavioural patterns and change people’s moods. These have been successful to some extent. It is difficult to quantify how effective they are because people respond differently and to different extents, depending on their socioeconomic and cultural backgrounds. This is why most treatment strategies rely on a combined drug- and therapy-based approach.

The current treatments for anxiety disorders are not as effective as we’d like them to be, and a better understanding of why and how these disorders exist is essential for better treatment.

The Medical Research Council’s unit on anxiety and stress disorders works with experts in a range of fields – such as human biology, psychology, psychiatry, and genetics – to understand how these complex disorders work.

We apply what we know about how childhood trauma and genetics contribute to the development of anxiety disorders, to create and use models based on animal studies, to give us a better understanding of how anxiety disorders progress. In mental health research, scientists struggle with tissue-specific investigations. You cannot simply remove brain tissue from living patients, and post-mortem samples don’t always provide an accurate picture, because tissues start to deteriorate immediately after death. Animal models allow us to mimic anxiety-like behaviours after applying external stressors. We can then assess which gene expression patterns differ between stressor groups and use these genes as candidates for exploration in humans.

As a result, the unit has found several new genes that could be involved in anxiety disorders.

The genes that relate to anxiety disorders seem to be influenced by how much (if at all) trauma a person with an anxiety disorder experienced as a child. The theory is that when a young person is exposed to a traumatic event and also has certain changes in their genetic code, they may be more susceptible to developing an anxiety disorder later on.

One such example includes a well-known variation in a gene which helps existing neurons to survive. The gene also influences the type of neurons which are formed from precursor cells or the formation of synapses. Called the Val66Met variant (in the BDNF gene), it has been associated with a significantly reduced risk of developing anxiety disorders. In our study, however, we’ve found that the more severe the perceived childhood trauma, the more likely you are to have an anxiety disorder, even if you have this genetic variant.

We studied 580 individuals, comparing 370 people with one or more anxiety disorders to 210 people who don’t have anxiety disorders. Our study showed that the more childhood trauma people had experienced, the more likely they were to have an anxiety disorder, even if they had the Val66Met variant which was supposed to protect them against getting those disorders.

We don’t quite yet understand the exact mechanisms that underlie this phenomenon, but it just goes to show how important the environment is when you are trying to understand complex mental disorders.

We hope that further study of our findings and these pathways in the body will allow us to better understand these conditions. And ultimately, we may be able to develop more targeted and effective treatments.

Because in today’s high-paced environment, the simple task of getting a quick takeaway coffee should be just that: simple.