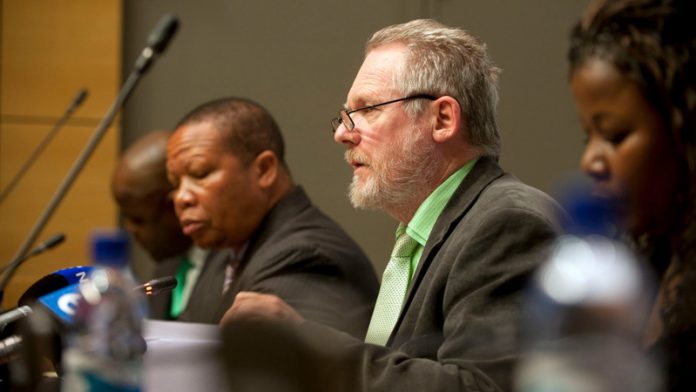 Five years after it was started, Themba Khuma’s* wholesale business has taken off. When it began in 2010, extended family members banded together, contributing cash, business connections and capital, and soon the company was making a healthy turnover.

Today the business has an annual revenue of almost R3-million and has positioned itself to tender for government contracts. Based in the Western Cape, Khuma’s company applies for tenders with the City of Cape Town and the provincial government on a regular basis.

But as of May this year, Khuma’s company has not been able to secure any tenders with the Western Cape. For the past three months, its level one broad-based black economic empowerment (BEE) status has not been recognised on the province’s procurement system.

The reason: Khuma is using an affidavit as proof of his company’s turnover and ownership. Even though the newly implemented broad-based BEE codes stipulate that an affidavit is the only documentation necessary for small, black-owned companies to prove their status, the province requires more rigorous paperwork. In the meantime, Khuma’s company is not scoring the necessary points to be considered for tenders. “We’re missing out on 15 to 20 quotes per day. It’s a huge amount,” said Khuma.

Other businesses have complained of the same treatment. And while these companies protest that all entities are legally required to accept their affidavits, they’re unaware that laws governing state departments mean that is not the case.

The amended broad-based BEE codes of good practice, implemented under Minister of Trade and Industry Rob Davies’ watch, allow more companies to be classified as micro-enterprises and remove the onus for small, black-owned businesses to go through the BEE audit process. It also boosts their BEE recognition levels. The changes are intended to improve opportunities for these firms, but disconnects in various pieces of legislation mean that it is having the opposite effect for some.

Disconnect
“The Western Cape government is fully committed to the implementation of the broad-based black economic empowerment codes of good practice,” said Daniel Johnson, the spokesperson for Ivan Meyer, the province’s finance MEC. “Over the past financial year, for example, 84% of our spend value was awarded to companies with broad-based BEE contribution levels.

“However, in our endeavour to implement the new codes issued in May 2015, the Western Cape government identified certain implementation challenges and potential legal risks.” These include an increased legal risk of fronting, the absence of an affidavit template for companies of a certain size, and a lack of alignment between the broad-based BEE codes and the Preferential Procurement Policy Framework Act.

The managing director of Grant Thornton Verification Services, Jenni Lawrence, clarified the interplay between these two pieces of legislation. “All state-owned enterprises are required to apply the codes to themselves and are specifically required to report on their B-BBEE status and progress in their annual reports,” said Lawrence. “The conflict comes when they are applying B-BBEE to their suppliers when making procurement decisions and when asking for tenders. In this case, state owned entities are required to apply the conditions of the Preferential Procurement Policy Framework Act.” In essence, they’re separate pieces of legislation with a separate set of requirements that only partially align.

“Legal advice … supports the stance that the inconsistencies create legal risk if contracts are awarded based on the new codes,” said the province’s Johnson. “The Western Cape government has requested direction from its national counterparts, [the] treasury and the department of trade and industry.”

In the interim, the department will continue to accept the old documentation for exempted micro-enterprises (EMEs). Those who do not provide an auditor’s letter or verified certificate “will not be allocated preference points in the tendering process, but will still be afforded the opportunity to tender”.

Backlash
Previously, the broad-based BEE codes classified an EME as one with a turnover of less than R5?million. Any such company, with a black ownership of more than 51% (with black defined as African, Indian or coloured), was recognised automatically as a level three BEE contributor. The onus was on the company in question to provide a signed auditor’s letter or certificate from a BEE verification agency to prove its status.

The newly amended codes have now increased the turnover threshold for micro-enterprises to R10?million, meaning that the number of companies qualifying for exemption status has multiplied.

The amended codes also remove the need for a company to obtain an auditor’s letter or a certificate from a verification agency. Instead, a black-owned micro-enterprise need only provide a sworn affidavit attesting to its turnover and ownership to qualify for EME status.

In addition to this, companies that have 100% black ownership will now automatically qualify as level one contributors (the highest possible BEE status), while those with 51% black ownership or more will qualify as level two. The new rules have been adopted by some government departments and not others, causing confusion for many black-owned firms. “The City of Cape Town accepts my affidavit,” said Khuma. “It’s just the provincial government that rejects it.”

“The new, more lenient requirement of an affidavit makes fraud, or ‘fronting’, easier,” said Craies. “If a company does not make a claim of black ownership, then there’s less risk for the province. But as soon as they bring on a supplier that claims to be 100% black owned, the risk of fronting increases. These risks could have very negative effects, especially if we take into account the steep penalties for fronting in the BBBEE Amendment Act.

“The province might be considering adding in their own check and balance by saying: ‘If there is a claim of black ownership, then we require additional proof’,” said Craies.

“The department itself could be found guilty of ‘fronting’ if the necessary measures are not put in place to weed out the potential fronting practices of its suppliers.”

Affidavit
That stance may be permissible for a government department to take, but the private South African business world has no choice: the amended codes legally require that all companies accept an affidavit as sufficient proof of an EME’s broad-based BEE status, whether they like it or not.

“Not all companies realise it yet, but the law requires them to accept the affidavit,” said Lawrence. “The [trade and industry department] has begun holding workshops to educate people about this at the moment.”

Nevertheless, some companies are finding other ways to protect themselves against fraud. They may not ask for further proof for broad-based BEE purposes, but they can insist on more documentation to meet their own “internal procurement” requirements.

“I understand the reason behind the affidavits, but it creates a lot of uncertainty in the market and could bring down the credibility of broad-based BEE certificates in general,” said Lawrence. “And unfortunately the poor EMEs on the ground are bearing the brunt of it.”

*Not his real name.

Engineer our way out of policies that cause corruption and inefficiency