Why the M&G and other newsrooms need more women 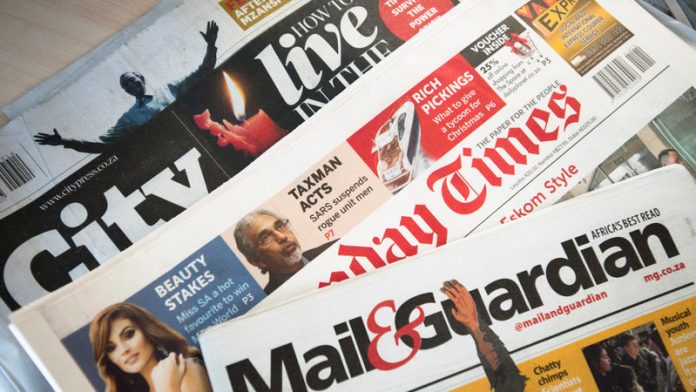 The story headlined “Scant sauce in honeypot memoir” in the Mail & Guardian of a fortnight ago is about a woman and her soon-to-be-released memoir.

But it was written by a man, who was briefed by other men in the newsroom. As a result it turned out to be less a review of a book than an attack on apartheid spy Olivia Forsyth’s unacceptable sexual behaviour as a woman and how the writer was disappointed by how little dirt the book revealed.

How did this piece of twisted gender politics land in the newspaper? Surely the editors should have known it was regressive and sexist?

Here was a slanderous story that called into question the sexual conduct of a woman who deserved to feel humiliated. It could only happen because of men in powerful positions that set the media agenda.

The media is supposed to mirror society – and in this way it is a pretty accurate reflection. Much of the world is still run by small group of men who have held power for far too long.

Patriarchy controls the news agenda and guides it through the editorial process. It determines the angles with little insight, while seeking advice on the potential consequences such messaging can have on important conversations about transformation.

The truth is that when it comes to this and other stories, women are excluded from the conversation. They carry messages that go against everything women and others on the right side of history are trying to achieve in terms of gender equality and transformation.

They poison the discourse and sow seeds of contempt, rather than bringing about positive change and educating readers.

The setting of the news agenda starts with a conversation in the newsroom, which is dominated by men who ask for women’s opinions only because they have to.

What they don’t have to do, though, is take them into consideration. This is because they are confident that they have the support of a powerful old boys’ club and a history of entitlement

The Forsyth story in the M&G of July 31 is basically a poster for the transformation problem in newsrooms.

Much of it revolved around Forsyth’s “shagging”. It’s an age-old problem: to sell a woman to the public, you must sell her as sex.

When the newsroom is ruled by male watchdogs, society gets news that is one-sided. Stories can be honest but still a carry a productive message determined through the debate and discussion in more representative newsrooms. Patriarchy is aware of its power and its influence. It’s time to care about what that means for society.

As long as public discourse is dominated and dictated in this way, women will have little influence on news coverage. At the moment, newsrooms are closets where the productive engagement women want to inspire, simply goes to die.

It dies because an archaic ideology continues to be resuscitated every time a woman is refused a position of power she deserves in favour of a less deserving man.

It has new life breathed into it every time the murmurs of opposition to the patriarchy are silenced and reprimanded because women are too afraid to step on its toes.

In this way, patriarchy will continue to kill any hope for transformation and positive change.