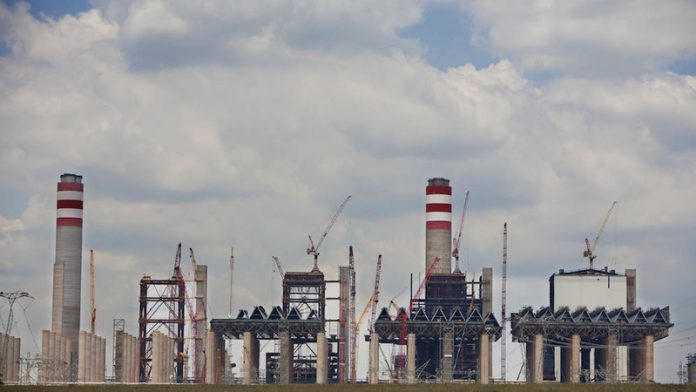 Forget that South Africa’s state power utility is struggling to keep the lights on and that its profit has fallen. In the world of sovereign-linked bonds, its debt is attractive, said Jyske Bank in Denmark.

“That’s a buying opportunity,” he said by phone on August 13. “It’s still one of the top names for quasi-bonds. Eskom is just about the only way for people who want to invest in South Africa without investing in government bonds.”

Jyske’s optimism comes even as the utility that provides 95% of power to Africa’s most industrialised economy said profit fell 49% in its last financial year. It’s also battling to fill a revenue shortfall of R225-billion for the five years to 2018, the result of the energy regulator’s decision to grant the company half of the annual average tariff increase of 16% sought for the period.

Biggest plants
Eskom narrowed the gap to R191-billion rand through cost-cutting, and plans to save a further R61.9-billion rand. It has asked the regulator for increases of more than the allowed 8% starting April 2016 so it can recoup R38-billion of costs incurred in the year to March 2014, acting chairman Ben Ngubane said in an annual report released on August 11.

The utility is expanding generating capacity, including building what will be Africa’s two biggest coal-fired power plants, as its aging fleet is plagued by breakdowns. The new facilities are running years behind schedule because of strikes and faulty work, resulting in planned blackouts almost every second day on average this year.

While its latest capital-spending budget is R293-billion until March 2020, it has approval to borrow R237-billion. The government pledged to convert a R60-billion loan to Eskom into equity and promised a R23-billion cash injection – R10-billion of which has already been paid. More state help will follow, Hejrskov said. “They do need more money and they’ll get it, because the country can’t run without Eskom being functional,” he said.

Uncertainties over Eskom’s liquidity won’t deter demand for its government-guaranteed, rand-denominated debt, said Abri du Plessis, a Cape Town-based fund manager at Gryphon Asset Management, which holds Eskom bonds. “There aren’t many institutions issuing debt at the moment,” Du Plessis said. “The demand will be there when Eskom comes to the market.”

The electricity producer will borrow R55.3-billion rand this year, R17-billion of which will be offered to foreign investors, it said on August 10. “Eskom has already secured R25-billion” of that, said Khulu Phasiwe, an Eskom spokesperson. “We’re confident that we will be able to raise the funding that we require to complete our capital-investment programme.”

Higher expenses
There are no guarantees that the regulator will grant Eskom tariffs increases to cover higher expenses and the build programme, said Elena Ilkova, a credit analyst at Rand Merchant Bank in Johannesburg. Electricity charges that don’t match costs will raise Eskom’s debt fees, she said.

“The fundamental question is whether tariffs will be cost-reflective,” Ilkova said. “You can raise the debt, but there’s a price to be paid.”

Eskom is on the right track to solve its funding problems and is getting adequate support from the government, said Richard Klotnick, a fixed-income portfolio manager at Momentum Asset Management in Johannesburg.

“The government has realised the extent of the crisis and is moving in the right direction,” Klotnick said. “It’s just whether they’ll get the timing right or not.” – © Bloomberg