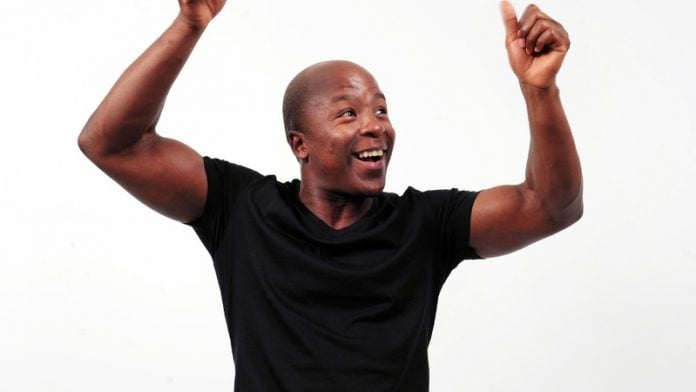 In its 11th year, the renowned and edgy festival Afropunk continued to celebrate black music with its show-stopping acts and fashionable audience in Brooklyn over the weekend. The original Afro-punk, as  Vice calls her, Grace Jones headlined the first night at the two-day New York festival, and as she does, caused a stir with her performance.

Evoking the famous image of her being painted by legendary artist Keith Haring in the 1980s, Jones was covered in body paint and rocked out topless following many outfit changes. The 67-year-old 1980s icon performed some of her classic anthems such as Slave to the Rhythm.

On the Afropunk stage, where the words hung: “No sexism, no racism, no ableism, no ageism, no homophobia, no fatphobia, no transphobia, no hatefulness” other big name musicians performed too, such as Lauryn Hill and Lenny Kravitz.

According to the YBF, rapper and singer Hill took to the stage with her guitar and “in addition to her classics (which she remixed), Lauryn performed works from her latest project, a tribute album to Nina Simone.”

Also on the bill was singer-chef Kelis, who showed off her baby bump over the weekend. The Tasty singer and ex-wife of New York rapper Nas, recently secretly wedded her mystery man and on Friday hit the stage an orange mane and sang her hits while celebrating her 36th birthday.

The other September issue

Beyoncé has recently made headlines again as she covers Vogue’s September issue, an annual Vogue issue that is the biggest and has been its most iconic. “Beyoncé: the first black singer to appear on the September cover of US Vogue,” goes a Guardian top line, and “Beyoncé Makes History On The Cover Of The ‘Vogue’ September Issue,” writes MTV.

On Wednesday, criticism about Beyonce being the first celebrity on the September issue cover to not say a word in the edition, has added to the saga. “Inside Vogue’s September issue, Beyoncé says not a word,” according to the NY Times. “The magazine’s photo shoot with her is accompanied instead by a short essay on her star quality by Margo Jefferson, who won a Pulitzer for criticism while at The New York Times.”

On Friday another magazine’s September issue was revealed and has also turned heads as it addresses race and the fashion industry. Last week, Ebony’s front cover was shown, as features top models such as Winnie Harlow or Winnie Harlow and Diandra Forrest.

“Ebony‘s September Fall Fashion issue serves as a symbol of affirmation in an era where many black models are fading away from the runway and the pages of magazines,” writes the YBF. “The mag reveals in its ‘Race & The Runway’ article that of the 9 538 model bookings that took place across 373 Fall 2015 fashion shows in New York, London, Milan and Paris, 80% were white; and black models comprised less than 8%. Outrageous!”

A few articles, like that of the New York Times, have attributed Vogue not featuring an interview with Beyoncé on the star’s reclusiveness. The singer is the third black woman to be featured on the cover of Vogue since actor Halle Berry in 2010, but the fashion magazine didn’t bother to include her voice and as a result, the star was reduced to a mere mannequin.

Singer Tamara Dey was recently treated for heat stroke while in Kefalonia island in Greece for her friends’ wedding, The Juice reported. The former Flash Republic vocalist posted a photo of her hand hooked to a drip on instagram on August 21. She explained in the post that “the sun, humidity and exhaustion” were the cause of the incident. But Dey is doing well now and is backing to enjoying island life.

The all-star cast of Mzansi Magic’s new telenovela, The Road, will make their debut on our screens on August 31. TV presenter, kwaito-star and now actor, Kabelo Mabalane recently shared snaps of the cast, of which he is a part of, on Instagram. “I’m super amped to be part of this production. I’m having way too much fun it should be illegal,” he wrote on the caption. The cast also features singers Nandi Mngoma and Moneoa Moshesh, as well as Mabalane’s wife, Gail.

The Road moves between different eras – 1950s and modern time – to tell a love story through a book written from recollections of an old man that leads to a film production. The telenovela aims to pay tribute to local iconic musicians from the 1950s.