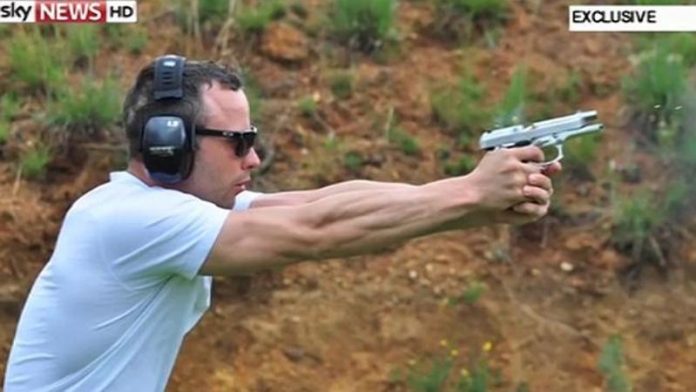 As we waited for Oscar Pistorius to be freed from prison on parole last week, many among us felt that he had not served enough time for the senseless killing of Reeva Steenkamp. It is difficult to articulate this subtle unease – an intuitive sense that there has been a mistake, a mismatch between crime and punishment. Yet this sense seems to be so widely shared (including, it seems, by the minister of justice, who suspended the parole approval at the eleventh hour) that it can hardly be dismissed as primitive vengeance.

By sentencing Pistorius, for a conviction of culpable homicide, to “imprisonment of five years imposed in terms of section 276(1)(i) of the Criminal Procedure Act”, Judge Thokozile Masipa made him eligible for early release under correctional supervision (house arrest) after serving only a sixth of his sentence (10 months).

To put this punishment in perspective, it is exactly the same sentence that was given to Mrs ‘S’, a mother of two (with a prior conviction for fraud) who filed a false insurance claim for R42 000. In 2011, she pleaded with the Constitutional Court to commute her sentence to correctional supervision with no jail time, as her children (aged five and eight) needed her care. As well as this, “strongly mitigating features pointed away from prison” – Mrs ‘S’ had acted out of financial desperation, did not even succeed with the false claim, and ultimately pleaded guilty.

But the court found that this sentence was still appropriate for Mrs ‘S’, describing it as “the most flexibly lenient form of custodial sentence the Criminal Procedure Act offers”, which is useful “when the sentencing court considers that imprisonment is essential, but the circumstances point away from an extended period”.

In the case of Pistorius, who was convicted of a crime bearing a potential prison term of 12 years, we are left to wonder what circumstances “point away from an extended period”. It is often said that a just punishment must fit “the crime, the criminal and the community”. While Pistorius was convicted of a crime of negligence rather than intention, Judge Masipa accepted that it was “gross negligence that bordered on dolus eventualis [reckless disregard for the consequences]”. And indeed it had the most terrible, irreparable consequences.

As for the criminal, a single man with no dependants, Masipa was unconvinced by his claims of special vulnerability, as “he rarely saw himself as disabled and, against odds, excelled as a top athlete, became respected worldwide and even went on to compete against able bodied persons”. He was also a trained marksman, who fired four shots through a closed door, knowing that there was a person in the small cubicle behind it, with no room to escape – “all that is very aggravating”, found Masipa.

What about the community? Accepting, with considerable difficulty, the court’s finding that Reeva Steenkamp was not a victim of murder, a society so tormented by violent crime (particularly against women) still expects a stern example to be set against such senseless disregard for human life. Masipa, however, admonished that “the uninformed general public … may not even know the difference between punishment and vengeance”.

Masipa acknowledged the intense suffering of the Steenkamp family, but did not explain how this factored into her sentencing calculation. She only expressed the hope that her judgment would provide “some sort of closure for the family and for all concerned so that they can move on with their lives”.

“How can 10 months be enough?” asked June Steenkamp last week, when her daughter’s killer was on the verge of release. “He killed her. He admits he killed her.  She’s dead … Only Oscar will know for the rest of his life what really happened.”

That’s the rub: “Only Oscar will know”. Despite a distressing trial, the community and the Steenkamp family feel that they do not know and will never know “what really happened”. The call for mercy grates against raw wounds for those who remain troubled by the many aspects of Pistorius’ explanation which Judge Masipa found “do not make sense”, meaning that she could say no more than that Reeva “was killed under very peculiar circumstances”. Undoubtedly Pistorius regrets what he did, just as anyone who found himself in the dock accused of murder would regret whatever he did to get there.

There is, however, “a chasm between regret and remorse”, as the Supreme Court of Appeal said in S v Matyityi: “Many accused persons might well regret their conduct, but that does not without more translate to genuine remorse. Remorse is a gnawing pain of conscience for the plight of another. Thus genuine contrition can only come from an appreciation and acknowledgement of the extent of one’s error.”

Ordinarily, remorse is manifested most credibly by pleading guilty. Even then, though, the court said that “a plea of guilty in the face of an open and shut case … is a neutral factor” which cannot mitigate sentence. Surely, then, a plea of not guilty to an open and shut case should count as a factor to aggravate sentence. But this aspect was completely overlooked by Masipa when she sentenced Pistorius for culpable homicide.

Pistorius “seems remorseful”, found Masipa, and he “earlier attempted to apologise privately to the deceased’s parents, but they were not ready”. This is a most unsatisfactory finding, given that Pistorius failed — indeed defiantly refused — to manifest remorse in the only manner that is legally meaningful: admitting that he deserves blame for what he did.

Pistorius could and should have accepted, at the outset, that he was guilty of culpable homicide. Had he done so (and had the state accepted his plea), Pistorius could have given the Steenkamp family a much earlier and easier path to closure, and spared them the spectacle of a protracted public inquiry into their daughter’s love life and the bloody details of her dying moments.

But Pistorius did not show them this modest mercy. Instead, throughout a tortuous trial lasting 41 days and stretching over six months, Pistorius mounted a strident defence, insisting that he was legally blameless for what he had done – that a reasonable person in his position would have done the same thing. In fact, Pistorius was so anxious to achieve a total acquittal, not only of murder but of culpable homicide, that he burdened the court and the Steenkamp family with five days of self-serving, contrived and contradictory testimony.

Masipa had no hesitation in finding that Pistorius had at least acted negligently. What is more, she found him to be an “evasive” witness: “He was not truthful when asked about his intentions that morning, as he armed himself with a lethal weapon. [He] was clearly not candid with the court when he said that he had no intention to shoot at anyone, as he had a loaded firearm in his hand, ready to shoot.”

Despite all of this, Masipa explained that a longer sentence “would lack the element of mercy”. But our nation has learnt, through a traumatic transition to democracy, that mercy makes a mockery of justice if it is not met with truth and atonement.

Judge Masipa described other cases of culpable homicide, where mercy had demanded even lighter sentences than the one given to Pistorius.  But those cases (as well as others cited by analysts in defence of Pistorius’ sentence) are distinguishable for one critical reason: the offenders all pleaded guilty.  They placed themselves at the mercy of the community and the court, and received it.

But when an offender, like Pistorius, denies all accountability, it is necessary to exact it from him in the form of an appropriate sentence. That is not vengeance but justice.