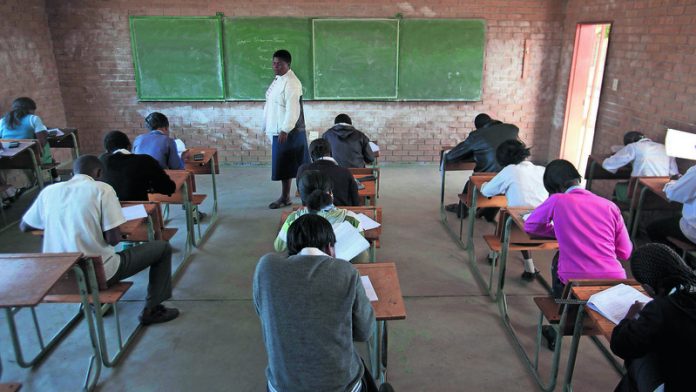 The ink had barely dried when Basic Education (DBE) Minister Angie Motshekga backtracked on her department’s decision to re-schedule the 2015 annual national assessment tests (ANAs) to early next year. She now wants the tests to be written in December this year.

This flies in the face of a consensus arrived at in a meeting with five teacher unions, that the postponement of the tests was necessary to allow for time to set up a task team comprising all unions’ principals to fine-tune and “remodel” the ANAs. The unions are the National Professional Teachers’ Organisation of South Africa (Naptosa), the National Teachers’ Union, Suid Afrikaanse Onderwyserunie, the South African Democratic Teachers’ Union (Sadtu) and the Professional Educators’ Union.

The minister’s sudden reversal on the issue angered the unions, and they vowed not to take part in the administration of the tests. Motshekga’s latest decision followed a meeting with her provincial counterparts, who decided to go ahead with the tests because “it would be in the best interest of the learners and the administration if it is written this year”. The MECs also stated their provinces’ readiness to administer the tests, and said that the “conduct” of the unions is clearly meant to “undermine” the tests.

Some analysts argue that the minister’s hand was forced because it is felt she is losing too much ground to labour — particularly Sadtu — which has threatened strike action should the tests go ahead. They said there is already a growing perception that her department lacks capacity to enforce policy and that government has identified the ANAs as the critical component of its plans to stabilise an education system that is yielding very little returns on investment. This is despite the fact that since the new democracy education has been receiving the lion’s share of the national budget allocation. It will also be extremely difficult for Motshekga to justify the loss of the R200-million that went into the preparation, printing, copying and distribution of the tests.

In their joint press conference the unions said they regretted the DBE’s “unilateral” decision to forge ahead with the tests as planned originally. They said they view the minister’s announcement as an “attempt to confuse our members and deliberately drive a wedge between the collective leadership of the various unions and their members”.

The unions added that they “strongly believe that the ANA in its current form is not in the best interest of our learners or for the provision of quality education”. Said Naptosa’s president Basil Manual: “The issue has never been about readiness, but more about whether the tests are worth writing.” He said at the moment the ANAs are not credible and do not benefit the learners, teachers and South Africa’s education in any way. Although they would not administer the test, they ruled out strike action, saying the “normal year-end examination will be conducted by all schools prior to this date and all teachers will be engaged”.

Some of labour’s objections to the tests are that they impose onerous administrative pressure on teachers, who then cannot perform their classroom duties properly. In addition, the tests “promote cheating”, as some teachers helped learners during the tests to score high marks, which defeats their purpose. They said they are opposed to the way the tests have been allowed to “evolve into a high-stakes annual assessment system”. Instead they want the test to be administered in three-year cycles, instead of annually, to allow for further interaction and to create sufficient time for “remedial action and fit-for-purpose interventions”.