Online Kenya ahead of the pack 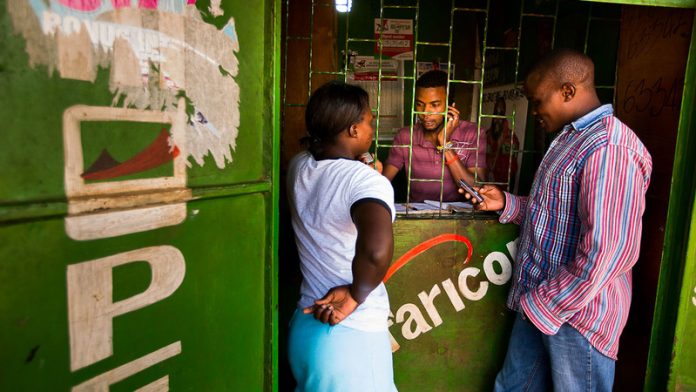 Starting with the Mwai Kibaki regime that swept to power in 2003, ICT has been a central pillar of Kenya’s government, with a fully-fledged ICT ministry formed to lead this charge.

For many years, Kenya was literally in the dark with only one international communication gateway that was run by the notoriously unreliable state-owned Telkom Kenya.

Today, it is among the leading countries in terms of internet access and affordability, as a result of shifts in government policy and innovations by the private sector.

In the year 2000, the budding private sector telecommunications industry felt that local data should stay local. If one sent an email message to a work colleague in the same town, the message had to first go to Europe before being routed back to the recipient, in the process incurring expensive international charges.

A “peering point” was then established where telcos could exchange local data and avoid the international route.

Dubbed the Kenya Internet Exchange Point, KIXP faced vigorous opposition from the monopoly Telkom Kenya, which petitioned the industry regulator to shut it down, terming it illegal.

It resumed operations after a court battle in 2002 and has since experienced tremendous growth.

In 2015 it continued its six-year unprecedented run as the fastest growing IXP globally. Big content delivery networks (CDNs) have set up here including Google, Akamai Technologies and Amazon Cloudfront Services. This signals the Kenyans’ ever-growing use of the internet to communicate.

Government policy to make many of its services digital has been key to driving this growth. E-government services include the now mandatory online tax filing system, the Kenya Education Network (KENET), the use of short messaging services (SMS) by the national exam body to release exam results and the online renewal of documents such as drivers’ licenses, passports and so on.

Provision of such services has also been boosted by another innovation: mobile finance. In 2007, telco Safaricom introduced its now renowned mobile money transfer service, MPESA.

Initially envisaged as a service to enable salary-earning urbanites to send money to rural relatives, it has evolved into a full-fledged mobile wallet used for a wide range of transactions such as bank transfers, payment of bills and purchasing of goods and services.

Use of mobile payments has also allowed government to seal prior revenue loopholes such as the maintenance of two receipt books by crooked officials to divert cash to their own pockets.

Applying for a passport requires online registration, which has drastically reduced the huge numbers of people who used to queue around Nyayo House, home of the Immigration Offices. Traffic fines are now also paid using mobile money.

It is however on the retail front that ICT innovations such as mobile finance have had the most impact.

Long lines at utilities have virtually been eliminated as customers have opted to pay for services such as power, water and TV from the comfort of their homes, using mobile money.

Back to school weekends that used to see parents queue at banks to pay school fees now see the same parents merely send money to the school’s account and present the confirmation message to the school, saving several hours in the process.

Distributors of Fast Moving Consumer Goods (FMCG) such as soda, beer and confectioneries now ask retailers to pay for their supplies using mobile money, reducing the risk of carrying cash when delivering stock.

Airline tickets, bus fares and even the Uber taxi service can also be paid for using mobile money.

This has even extended to small retail outlets that are only required to have a mobile money “till” into which customers deposit payments electronically. Bars, salons and restaurants also have these tills, reducing the need to handle cash.

Almost all banks have mobile money services, making the interface between the bank and the mobile phone seamless, and allowing banks to recruit more customers using mobile services.

Local banks such as Commercial Bank of Africa (CBA), KCB and so on have seen tremendous growth in numbers after introducing MPESA-linked services with CBA, now boasting over 10 million customer accounts.

To enable growth in telecommunications services government has also pushed for adoption of new technologies.

In 2006, the Kenya government opted to build an undersea fibre optic cable linking the coast of Mombasa, Kenya to Fujairah, UAE.

Three other submarine cables have also landed at the Kenyan coast; EASSy, Seacom and Lion2.

Combined, they offer over 15 terrabits per second capacity and connect Kenya to the rest of the world with fibre.

Numerous other metro-based fibre networks support the last mile push to the customer, with companies such as AccessKenya and Jamii Telecom occupying this space.

These have enabled tremendous speeds and affordability; Kenyan bandwidth is among the cheapest in the world.

Government is also distributing its information using this infrastructure. After establishing three huge server farms to host its data centers, the government has gradually been digitising its services and now has service points in several towns called Huduma Centers, where citizens can obtain IDs and passports.

The fibre network has also enabled the government to set up a CCTV camera security network. Built by Safaricom and Huawei, the network has hundreds of cameras mounted on highways, in the

CBD and in malls to collect images and data for processing, which allows the police to prevent and respond rapidly to incidents of crime.

New businesses setting up in the country can expect to have much of their documentation processed online, pay their taxes online and receive many of their services using online payment systems.