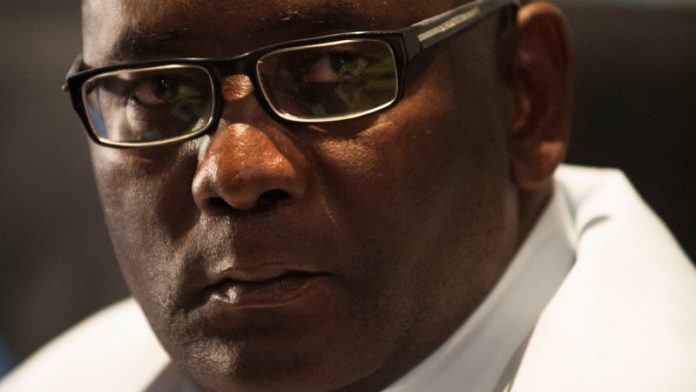 Former trade union federation Cosatu secretary general Zwelinzima Vavi and other union leaders planned to spend two hours on Wednesday night in central Johannesburg mobilising support for a coalition they say is the biggest since the end of apartheid.

More than 200 organisations have come together to march against corruption, in an anti-corruption coalition. This is just the beginning, leaders of the coalition say, of a campaign that will seek to campaign hard against state and private-sector looting.

The National Union of Metalworkers South Africa (Numsa) gave notice to the National Economic Labour and Development Council on Tuesday of its intention to hold the protest on September 30.

Section 77 of the Labour Relations Act allows employees to protest in defence of the socioeconomic rights of other workers.

Two marches will be held on that day, one in Pretoria and another in Cape Town.

The coalition has outlined a number of steps it will take thereafter to continue the campaign, including meeting with government and requests for investigations into allegations of serious corruption.

The coalition points out that in January 2015, the Institute for Internal Auditors reported that the country had lost R700-billion to corruption.

Vavi attended a press conference on Tuesday, along with union leaders from six unions, to announce plans for the march. Numsa president Andrew Chirwa read out the coalition’s statement while Vavi fielded questions.

The coalition’s organisers have been at pains to point out that the march is not political and that it is a broad coalition of various interests that has come together.

In many respects, they are right: the trade unions involved extend to those still allied with Cosatu, such as the Food and Allied Workers’ Union, which sent representatives to Tuesday’s press conference.

In the mix are independent trade union federations, the National Union Council of Trade Unions (Nactu) and the Federation of Unions of South Africa. The Association of Mineworkers and Construction Union is affiliated with Nactu. Trade union Solidarity is involved, as are various civil society organisations and churches.

But Vavi bemoaned the absence of organised business from the coalition. He said many business organisations had been invited.

Vavi said one business leader, whom he did not name, when asked to participate in the march told him how he had previously been intimidated after making an enemy of the cousin of a minister.

Vavi implied that business was afraid to participate for fear of sparking the ire of government.

On Tuesday, the coalition was adamant that the march was not just about targeting public-sector corruption.

The coalition pointed out that South Africa loses billions of rands each year to illicit capital outflows, trade mispricing and tax avoidance by large corporations.

It said a leaked report recently identified that $2.9-billion could be uncovered by three corporations from questionable payments to accounts in Luxembourg, a tax haven, to purchase weapons.

Chirwa said there were no better whistle-blowers of private-sector corruption than Numsa members, who he said had direct knowledge of the rot in that sector.

He said one had to “look no further” than the public protector’s report into the Passenger Rail Agency of South Africa.

“Without the tenacity of transport workers and members of the National Transport Movement, there would have been no exposure of the large-scale looting within the passenger rail agency,” Chirwa said, reading from a statement by the coalition.   But the opportunity to use the words “corruption” and “Nkandla” in the same sentence did not go amiss.

“The world must know that in South Africa there is a grouping who do not approve of calling a swimming pool a firepool,” said Vavi.

He said the march was “against South Africans, to say ‘how dare you sit down while there is looting by the elite of society?'”

Vavi said the organisers had had difficulties attracting the necessary resources for the march.

“People are heavily intimidated,” he said, adding that the organisers would require about R4-million to provide transport for 100 000 people.

“This must begin a new movement in South Africa to hold those we love to account,” Vavi said.