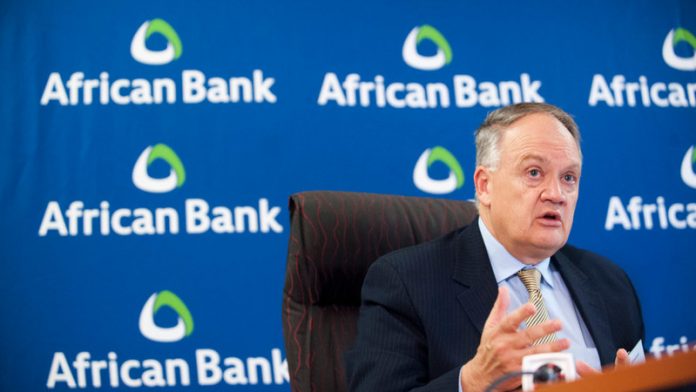 “Nationalise the banks” is a rallying cry that often echoes through South Africa’s political landscape.

Just over a year since African Bank collapsed, the plans to rehabilitate it will likely result in a bank that is largely owned by the industry’s regulator (the South African Reserve Bank, SARB), the Government Employee Pension Fund (represented by the state-owned Public Investment Corporation, PIC) and a consortium of commercial banks.

It may not be wholesale nationalisation, but the referee is now expected to join the game and at least part of the R14.3-billion the Reserve Bank will provide will be backed by a government guarantee.

But analysts, creditors and African Bank’s curator, Tom Winterboer, believe the proposed restructuring plan, announced last week in an information memorandum, is the best outcome for what could have been a far worse situation.

It is also expected to be temporary. The Reserve Bank is expected to sell its stake once the resuscitated African Bank is eventually listed.

In a bid to save the bank and prevent contagion in the financial system, the Reserve Bank stepped in and placed African Bank under curatorship.

The rescue will see the good business of African Bank, both before and since its fall, folded into a “good” bank, with the rest, essentially its bad loans, making up the “bad” or residual bank.

The Reserve Bank’s support in setting up a new holding company, which will house the good bank, is the hefty R14.3-billion.

With a consortium of the country’s other banks, it will put up R5-billion, or half of the funds needed to capitalise the new good African Bank.

It will also provide a R5-billion indemnity to support the residual bank’s obligations to the good bank. This is, according to the curator, in the event that a claim arises in the transfer of assets to the good bank that the residual bank is unable to honour. Although the amount is expected to be R5-billion, “detailed terms are still under discussion”, said Winterboer.

Finally, the Reserve Bank is granting a loan of R4.3-billion to provide the transaction with “much needed” liquidity.

The Reserve Bank did not answer the Mail & Guardian‘s questions but Winterboer said the “national treasury is understood to be supporting some of the SARB financial contributions to the rescue”.

The state’s finances are already stretched. Slowing economic growth has weighed on government revenues, the treasury has been forced to extend financial support to floundering state-owned entities, and a higher-than-expected wage settlement for public sector workers has resulted in it dipping into its contingency reserves.

The treasury spokesperson, Phumza Macanda, said it is not providing any direct funding towards the transaction, but has provided the Reserve Bank a guarantee.

“However, the financial projections currently do not suggest that this guarantee will need to be called, and so there will be no loss to the taxpayer or a direct fiscal cost,” said Macanda.

Should the package outlined in the information memorandum be successful, the Reserve Bank will own 50% of the new holding company, the PIC will own 25% and the consortium of banks the rest.

Kokkie Kooyman, the global fund manager of Sanlam Investment Management Global, said this is not an unprecedented situation and that it is likely to be temporary. In the wake of the financial crisis a number of international banks were taken over by their respective governments, although in many cases it was not done through central banks, retaining their independence.

Winterboer said the Banks Act is applicable to all banks, irrespective of shareholding.

“SARB bank supervision department applies the Act and regulations consistently to all banks it regulates. This will be the case with [the] good bank as well,” he said.

The funds being provided from the Reserve Bank are justified by its mandate to safeguard financial stability, said Winterboer.

But if this threshold is not reached, it will only affect the offer to subordinated creditors and not the transaction as a whole.

Winterboer said that during detailed talks with several parties representing senior creditors and the main subordinated debt holders, these groups gave their “in principle support” for the transaction.

Part of the restructuring also involves the sale of profitable Stangen by Abil to African Bank for about R1.38-billion. The business is expected to play a pivotal role in the forecast profitability of the new overall group structure, which will include both the bank and the insurance operation. By 2017, the group is forecast to turn a profit of R542-million and the good bank a profit of R198-million, with Stangen’s profits making up the difference.

Interested parties have until October 9 to comment on the proposed transaction. The formal transfer of the good book to the new legal entity, and its launch, will take place on February 1 next year. It will trade as African Bank, and customers and employees will not be affected on an operational level.

Initial plans to list the company have been delayed and will probably be part of the exit arrangement for some members of the consortium, who have indicated that they are unlikely to be long-term investors, Winterboer said.

The timing of a new listing will be a matter for the board of the new bank group, in consultation with their shareholders.

The need for the Reserve Bank’s support for the restructuring proposal has outweighed concerns about a conflict of interest.

“Obviously we are aware that there is a conflict,” said Olga Constantatos, the process manager for credit and equity at Futuregrowth Asset Man­agement, which holds some of the senior debt in African Bank. “They are going to be the regulator and a big shareholder of that entity. But the reality is that everyone is better off with them supporting the bank.”

From a senior creditor’s perspective, getting 90c for every rand is better than liquidation, which could have been far worse, she said.

The board appointed to head the new entity is a positive factor and includes people with extensive banking experience, she added.

Kooyman said it will take a while for African Bank to regain lost market share and build up its client base. Other banks such as FNB have used its fall as on opportunity to grow their share of the lower-end market.

The headwinds facing African Bank’s new incarnation are not insignificant. An extensive appendix to the memorandum was devoted to these. They include the possibility that the good bank may fail to develop and implement an appropriate medium- to long-term business strategy; the adverse effect the curatorship and prolonged implementation of the proposed transaction may have on its reputation and competitive position; and its exposure to risks arising from the government’s investigations into African Bank’s activities.