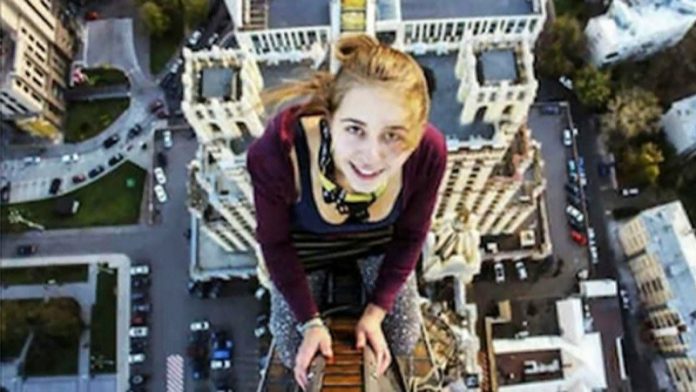 The number of deaths this year related to the practice of taking selfies has risen to 12 after a 66-year-old Japanese tourist, Hideto Ueda, died while posing at the Taj Mahal in India and falling down stairs.

His travelling companion survived, but broke a leg.

The BBC cites a witness, Sagar Singh, as saying Ueda fell while taking a picture at the mausoleum’s Royal Gate.

Previous incidents this year include a man who was gored to death while taking a picture during a bull run in a Spanish town, and two men who accidentally blew themselves up in the Russian Ural Mountains when they posed with a live grenade.

Other selfie-related deaths this year in Russia alone include a 21-year-old woman in Moscow who shot herself in the head when she pointed a 9mm pistol at her temple, another who reportedly fell from a bridge and a teenager in Ryazan who died while snapping a portrait near railway tracks and coming into contact with live wires.

In July, Russian authorities launched a selfie safety campaign after “hundreds” more injuries were reported. The interior ministry’s initiative included a leaflet, a video and a website. “Unfortunately, we have noted recently that the number of accidents caused by lovers of self-photography is constantly increasing,” a government aide said. “Since the beginning of the year we are talking about some hundred cases of injuries, for sure.”

The Mashable website reports that the 2015 death toll so far caused by selfies gone wrong is now higher than that for shark attacks, which is eight.

More and more people are putting themselves into dangerous situations in a bid to get the most sensational or outrageous pictures to share on social media.

Selfies with bears even caused the closure of a park in Canada after visitors would not stop getting close to the animals to take photographs.

“The current situation is not conducive for the safety of our visitors or the wellbeing of the wildlife,” said the park manager.

Others who do not intentionally put themselves in danger can be injured simply by not paying attention to their surroundings while focusing on getting the perfect shot. Take, for instance, a woman who narrowly avoided being hit on the head with a baseball while snapping a picture at a stadium. Or the 32-year-old American who died in a car crash on a highway minutes after taking a selfie and posting it to Facebook while listening to the Pharrell Williams hit song Happy.

People putting themselves at risk for “likes”, “shares” and “favourites” on social media are not limited to selfie-taking. Viral trends have included planking – lying in a prone position in unusual locations – and tombstoning – jumping from cliffs into the sea.

Perhaps in growing recognition of the risks involved in creating a shocking viral picture, more creative and sensible types have started mocking up pictures in Photoshop instead. The most famous of these is a humorous one featuring a cat chased by dogs, titled “the last selfie”.

There’s no doubt humour to be found in outrageous and daring selfies. The two girls escorted from a baseball field after an invasion mid-match to take a cellphone video was an impressive example of chutzpah. There’s also beauty to be found in extraordinary selfies, such as those taken from space.

But we need to get a grip on the real value of attempting an unusual selfie in situations that could, by even the most rudimentary assessment, be deemed potentially harmful. If two teens blown up on a mountainside leaving behind a tragic, meaningless .PNG file isn’t a solid enough wake-up call, I don’t know what is. – © Guardian News & Media 2015