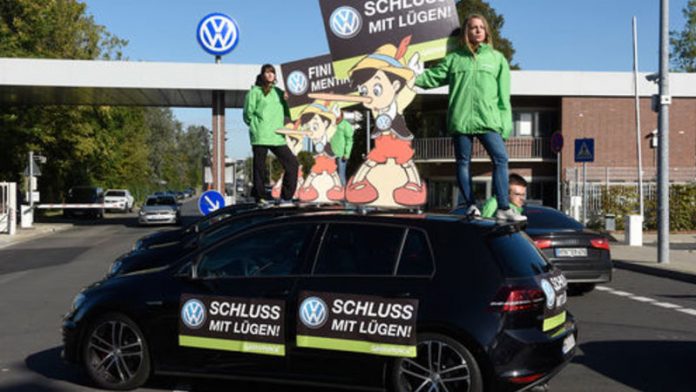 Volkswagen chief executive  Martin Winterkorn paid the price of losing his job after last week’s revelation that software designed to circumvent emission testing was installed on as many as 500 000 “clean diesel” vehicles sold in the US and as many as 11 million worldwide.

VW has long burnished a reputation for producing fuel-efficient and environmentally friendly cars. But because of a trade-off in diesel cars between fuel efficiency and actual emissions, the company used a “defeat device” to cheat emissions tests, deceiving both regulators and consumers.

Criminal and civil courts in multiple countries for years will be sorting whether Winterkorn is simply falling on his sword or bears more direct responsibility. One thing for certain is that when the total cost is determined, Winterkorn and Volkswagen are not the only ones who will bear the burden of its employees’ actions.

The ripples will spread far beyond its headquarters in Wolfsburg, Germany, and the price tag borne by customers and suppliers could be staggering.

Costs to VW and its customers
The company stands to lose billions of dollars in the US alone as a result of this deception, with EPA fines of as much as $37 500 per car potentially tallying $18-billion. The liability in regulatory fines could grow much larger as other regulators around the world get involved.

Volkswagen has itself set aside almost $8-billion for recalls, and its market value has already plunged almost $28-billion (about 30%). This puts a conservative estimate of the cost to Volkswagen and its shareholders in the vicinity of at least $54-billion given fines outside the US and lost sales that result from the scandal.

To the extent that consumers extrapolate Volkswagen’s breach of their trust beyond its “clean diesel” models, the impact on future sales could be devastating.

VW’s customers will likely end up losing out too, potentially through lost resale value.

Diesel technology has long held a fuel economy advantage over gasoline engines, yet older ones were much dirtier, emitting 500 parts per million of sulfur, a key source of particulate emissions. “Clean diesel” engines of the last decade are designed to emit 97% less sulfur emissions, and yet still get as much as 30% better fuel economy than comparable gasoline-powered engines. This gave the cars both a “green” image and a fuel efficient one as well.

This led customers to pay more for a diesel car. But without that expected fuel efficiency, VW owners of “clean diesel” vehicles will incur lost resale value as high as $5 000 per vehicle. Adding up all the cars affected, that puts the potential loss in the neighborhood of $55-billion.

Class actions suits may recover some of that, but it’s not likely. In 1987, for example, Suzuki Samurai was a popular small on- and off-road vehicle selling at a premium to the manufacturer’s suggested retail price because of their popularity. When they were found to have an unsafe potential for rollover, resale value plummeted as much as 30% (I know, I had one!). While class action suits sought to recover the owner value of $2,000-$3,500, courts ultimately rejected class action claims to recover those consumer losses.

What’s at stake for rest of the auto industry
Auto suppliers, too, will feel some pain. In today’s auto industry, best practice for supply chain management (SCM) includes just in time (JIT) delivery of parts to the auto manufacturers. A company like VW also buys the majority of each part from a single supplier.

But that has a cost. In 1996 and again in 1998, a few thousand workers at key GM part suppliers decided to strike, resulting in almost 500 000 workers being laid off across the industry in a matter of only a few days.

The implications of the increased trust in the “basket” go both ways. Now that all VW sales could be dramatically affected, the subsequent sales of their suppliers and supplier’s suppliers could be affected as well. The increased reliance on single-source suppliers and lean inventory levels throughout the supply chain only increases the speed and relative severity of this impact on suppliers.

Most automakers outsource (or spend with suppliers) about 80% of the vehicle sticker price. Volkswagen sold about 10 million vehicles in 2014. Assuming an average sticker price of $30,000, VW reaped $300 billion in revenue.

If the 80% figure holds, its first-tier suppliers have $240 billion in revenue at stake. But assume that those suppliers spend 80% of their revenue with second-tier suppliers, the total impact could reach $432-billion. As this keeps building down the supply chain, the potential losses could be staggering were VW to implode.

While a complete implosion of VW is not likely, no one thought 3,000 striking workers in Dayton could idle 500 000 workers in a week’s time in 1996 either.

Who really pays the ultimate price
Winterkorn paid a high personal cost. VW and their shareholders will in all likelihood pay a very high monetary price for this breach of trust as well, especially if the fallout grows beyond the “clean diesel” models and consumers find it hard to trust the VW brand.

But unless the company does fall apart, eventually its stock will likely rebound, consumer trust will probably return and fines by the EPA and other regulators may be reduced and turn out to be less damaging than current estimates suggest.

The many others who put their trust in VW may not be so lucky, especially the 11 million people who owned the affected models, whose potential cost could easily match or exceed the direct hit to VW. And a recovery of much of that loss isn’t likely.

Meanwhile, suppliers with a significant business link to VW will be hit hard as will the companies that supply them. Some of the impact will be softened when other car makers pick up the demand fleeing VW, but their supply chains were not likely expecting this either. They will bear the extra costs of ramping up production.

All in all, it’s important to remember that Volkswagen’s deception will affect more than just its balance sheet, and many people stand a good chance of losing their job as a result of unethical employees and poor corporate governance. Let’s hope that those responsible for assessing fines and assigning culpability remember that.

The country usually exports 10 000 tonnes of the crop each year. But Covid-19 rules have stopped the trade and are ruining farmers
Read more
Cartoons

The ANC has a solution for cadres: Wait until the next news cycle. Rinse. Repeat.
Read more
Friday