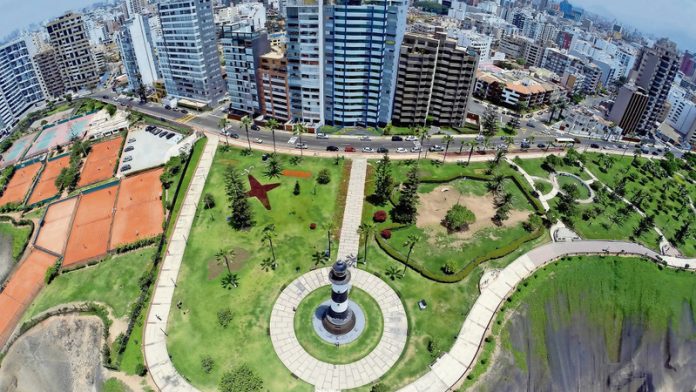 Few people visit Peru for contemporary culture. Most tourists head straight to Cusco and Machu Picchu, with just a stop-off in the capital, Lima.

But this year, style magazine Dazed and Confused described Lima as an “unexpected new art world star”. The city, and its food scene, which has been at the forefront of Peru’s cultural renaissance for a decade or so, continues to be praised globally.

I joined Nora Sugobono, a food writer for the newspaper El Commercial, at Isolina, an earthy yet modern restaurant in the Barranco district, which has been called the biggest opening of the year. It serves large bowls of classic Limeño home cooking and is part of a new wave of relaxed restaurants offering reasonably (relatively) priced but impeccably prepared food – mains cost R200. Another is Sibaris, opened two years ago, which also operates a food truck.

Chef Virgilio Martinez, who played an integral role in raising the profile of Peruvian cuisine, has just opened a casual restaurant, Nos, up the road from his chart-topping Central restaurant in upscale Miraflores.

“Gastronomy changed the whole city,” said Nora. “And that opened up opportunities for fashion, art and more.”

In recent years, the number of galleries, design shops and indie food joints in the Barranco and Miraflores districts has swelled, with boutique Hotel B capitalising on Barranco’s upwards swing and growing appetite for local artisan fare.

I found locals cramming into the gourmet gelateria BLU for an excellent ice cream, and nearby is the brewpub Barranco Beer Company that opened two years ago.

Customers enjoying a meal from a food truck. (AFP)

One homegrown artist now enjoying widespread popularity is “Peruvian Warhol” Cherman Kino Ganoza, whose pop art prints can be seen everywhere, including the boutique B&B Casa Nuestra, in Barranco. His Miraflores gallery and shop, La Kasa Roja, also has work by other local graphic artists. Hanging on walls in Lima, and painted on them too, is work by Elliot Tupac, a sign writer whose classic Chicha style has gained him international acclaim.

The city has a fledgling cycling scene: Lima Fixed Bikes, which is poised to open a new shop in Miraflores, runs thrice weekly rides around the city that anyone is welcome to join. They’ll lend you a bike if you need one.

A creative confidence
One evening, I headed for one of Lima’s leading underground club nights, CasaLoCasa, held that night in an old salsa house, a red and white painted colonial building in Barranco. Street style isn’t huge in the Peruvian capital, but here fashionable young people are queuing for entry – clothes lean towards black, and at least three people brighten the queue with neon-dyed hair.

Smoking outside was the night’s cofounder Herles Falconi – sporting green hair and green T-shirt under unbuttoned purple shirt – and his girlfriend, Elisa, who runs the arts space La Centralita. When it comes to nightlife, “in the past two years Lima has burst culturally”, he said, explaining how more and more events are now booking international DJs and producers. Vao Vao and Bulbo are among the nights to check out, and local duo Dengue Dengue Dengue, who combine tropical bass with performance and visual arts, now have a reach way beyond the city.

Elisa said creative confidence is causing a buzz in Lima: “Cultural manifestations that we have neglected before are getting more consideration now”, pointing to the appreciation of work by the likes of Chermen and Tupac, as well as wider attention from international media. “It was only a matter of time.”– © Guardian News & Media 2015