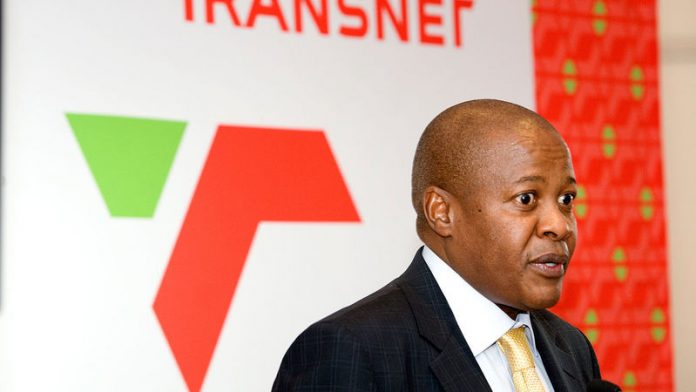 Eskom chief executive Brian Molefe’s new executive team, announced on Thursday, is a mix of Eskom old-timers and Transnet imports, with a smattering of the controversial and the questionable.

Molefe said in a press statement that the appointments were intended to “further stabilise and strengthen Eskom’s leadership”. Eskom’s top leadership has been wracked by instability since March, when the board suspended three senior executives pending a “deep dive” enquiry into the utility’s financial and operational affairs.

The cash-strapped utility has been propped up this year by a R23-billion cash injection from government and a R60-billion loan write-down. Multibillion rand bailouts of rudderless parastatals has come into sharp relief this week with the seismic #FeesMustFall student protests, which have highlighted a cash-strapped government’s shrinking financial contributions to the tertiary education sector. The new Eskom appointments have been hailed as a return to an “old school” team of experienced leaders.

Eight of the ten appointees are long-serving Eskom staff, with a combined 161 years of experience at the utility between them. But a well-placed Eskom insider has questioned this thinking. “In my view, this ignores the important fact that Eskom benefited in the past from outside appointments that brought fresh new perspectives of doing business and sense of urgency. To advocate returning to people who have been in the business for 15-20 years is myopic.”

The Transnet connection
In addition to Molefe, who is the former chief executive of Transnet, the only infusion of executive new blood comprises two appointees formerly from the state-owned freight rail company. Anoj Singh is the former Transnet chief financial officer, now tasked with the same role at Eskom.

Singh has been praised for his role in raising the capital Transnet needed to embark on its ambitious acquisition of 1 064 new locomotives in 2013. But   amaBhungane has reported how the locomotive acquisition itself was marred by inappropriate backroom dealings between the chair of Transnet’s tender committee and the controversial Gupta family.

More recently, amaBhungane reported on Singh’s apparently  questionable role in withholding payments from Transnet to an IT service provider which in turn owed millions in “commissions” to a shell company linked to a former Gupta lieutenant. Singh denied any wrongdoing.  Eskom’s Commercial division – previously a stand-alone division that administered all tender processes – will now report to Singh’s Finance division. Utility spokesperson Khulu Phasiwe said that moving Commercial under the Finance division is meant to streamline procurement at the utility because “ultimately Finance has to approve the expenditure anyway”.

Eskom is government’s largest procurer of goods and services. A new position of divisional executive for security has also been carved out for former Transnet Freight Rail’s former security chief, retired major general Tebogo Rakau.Rakau’s appointment has raised eyebrows, with Eskom sources fearful that a securocrat’s primary task will be to sniff out whistleblowers at the company who have been responsible for bringing recent high-profile scandals to the public’s attention.

Scandal-plagued executives retained, promoted
Last month, the Sunday Times reported that then-group executive for Technology and Commercial, Matshela Koko,  had suspended experienced staff members who had questioned the quality of coal being supplied to Eskom’s Majuba power station by a Gupta-owned mine operating in the area.

The story has been the subject of furious denials by Eskom and the mining company, Tegeta. Koko is the new group executive for Generation. Another scandal, the so-called “never-ending tender”, involved a controversial R5-billion refurbishment of steam generators at Koeberg nuclear power plant. French nuclear company Areva won the contract last year, despite consistent recommendations over a three year period by Eskom’s technical and executive teams in favour of Japanese-American company Westinghouse. Westinghouse has challenged the award in the High Court and has now taken their case to the Supreme Court of Appeal.

AmaBhungane has previously  highlighted the role Koko played in formulating the decisive recommendation for Areva.  Koko was one of three executives suspended in March to make way for the “deep dive” enquiry into Eskom’s financial and operational shortcomings. Dentons, the same law firm which represents Areva in the steam generator court case, was appointed to lead the enquiry.

The enquiry has since been finalised, but the details have not been made public. While two of his suspended colleagues eventually walked away from Eskom with golden handshakes and clean records, Koko was reinstated. Suzanne Daniels, who was also intimately involved in the steam generator case, has been appointed Eskom company secretary.