Blitz the Ambassador lights up the diaspora 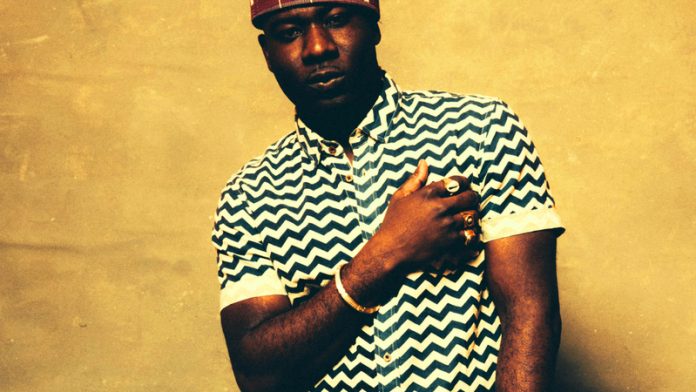 Blitz the Ambassador has been around the world in the past three years. Almost! The Accra-raised and Brooklyn-based hip-hop artist has been touring relentlessly since releasing his Native Sun album in 2011. He and his Mighty Ensemble band have been to parts of Europe and further afield.

Though based in New York, Blitz (real name Samuel Bazawule) remains deeply rooted in Ghana, the country of his birth, and more particularly in Accra, the city he references periodically in songs and the place he regularly returns to when preparing to release a new album.

There seems to be no better time than now for him to have released Afropolitan Dreams (2015), the third in a fine body of work that includes Native Sun (2011) and Stereotype (2009). The album features, among others, Nneka and Seun Kuti, two of Nigeria’s outspoken funkadelic music specialists. It was almost a given that Blitz’s path would cross with theirs – they share the same outlook of a forward-thinking Africa and reject all form of typecasting thrown in their direction.

Blitz teased his fans with three masterful singles leading up to the release: Success, whose video was shot on tour in Japan; Make You No Forget, the Seun Kuti-featuring banger assisted by visuals shot in Lagos; and the recently-released Love on the Run with Nneka.

“I’ve always wanted to be a filmmaker of sorts. I write screenplays,” says Blitz over a Skype connection. Up to this point, we’d been discussing his live show, how he plots it and how the extra theatre classes he took while a student in the United States have helped him thread his live show together.

“[Writing screenplays] has been a huge advantage because I’m able to visually plot: Where are the twists in the story? Where’s the time in the story? I read a lot of amazing books about filmmaking and there’s one by a director called David Mamey,” he says, referring to the Chicago-born, Pullitzer prize winner.

Theatrical and visual representation
Blitz mentions Mamey’s MacGuffin technique – essentially the “hook” to a story – and says he uses it to shape the narrative arc of his live show.

“I’m able to tell a story from the beginning to the end. So by the time the audience realise it, they’ve bought into this hour and a half. And once you get to that hour and a half they’re be like, ‘Oh shit, the story’s over. I want more!’ And that’s why they’ll come back, that’s why they’ll buy the tickets when you come back to town the next, because of the memory of the story.”

Theatricality and visual representation matter to Blitz. He’s particular about how the album cover is made, what the music videos and short films depict, and how all these can harness the listener’s overall experience of his music.

In July this year, Blitz released the video for Shine, an IAMNOBODI-produced cut off Afropolitan Dreams. Shot in New York City, it’s the second in a planned trilogy that started with Juju Girl (shot in Ghana) and a hopefully soon-to-be-released video shot in Bahia, Brazil. It’s one of the many ways to present his idea of the Afropolitan: continent-trodding, forward-thinking, conversant with the globe and how he as a Ghanaian man plugs into that conversation.

Shine tells the story of Ama, a young lady whose father gets taken in by immigration officials and is left to navigate the city on her own. A masked, cloaked figure sits by her side throughout the video, guiding her on the subway and dancing carefree in the city with her.

Modern day artist
The spirit being that dances alongside Ama is the pillar of strength, the magical voice that echoes Kendrick Lamar’s refrain that “we gon’ be alright!” The Afropolitan then becomes more than a catch-all phrase. Blitz flips the term to mean “I am an African. I belong in Africa, first and foremost, but I also belong anywhere else in the world. I can finally be me, fully, without having to assimilate or code switch all the damn time!”

Blitz is every bit the modern day artist, one not shy from embracing tools offered by the internet to advance his cause. He keeps his Twitter and Facebook pages updated about his musical sojourns. Occasionally, he’ll go off on Twitter about how certain mainstream artists have demonstrated an ineptitude to be creative and therefore resorted to lesser-known sources from which to rip off creative ideas – oftentimes without due credit being paid.

On Facebook, he shares visual motifs from which he draws inspiration and videos of his live performances in front of capacity crowds at festivals all over. The music on his Native Sun album was made available as a Youtube stream, an idea that baffled certain people at the time. Blitz explained that his music is “synonymous with an audio flyer” and pointed out that the ballgame is a lot different in 2014 than it was in 1994.

Regarding Native Sun in particular, Blitz observed that the stream helped familiarise people with the songs. “In about a year I realised that, one, people started coming to my concerts knowing the music already, knowing the words to the music and being absorbed in the music. Two, it encouraged them to purchase the physical copy; it encouraged them to purchase the merchandise, because they had already heard the music.”