In Beirut, fear and anger don’t stop life going on 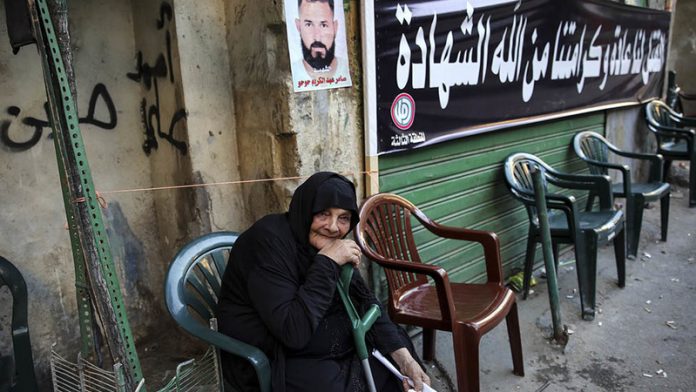 The narrow, winding alleys of Burj al-Barajneh in south Beirut are enveloped in sadness and tense resignation, with the grief echoed in the dark skies and intermittent rain.

Almost overnight, portraits of the victims, many of them children, mostly young boys, who were killed in twin suicide blasts on Thursday last week have been posted up around the impoverished neighborhood.

The Islamic State claimed responsibility for the attacks, in which a bomber detonated his explosives next to a crowded bakery as people streamed on to the street after sunset prayers, and then, as onlookers rushed to help the victims, a second bomber blew himself up just 50m up the road.

With at least 43 dead and hundreds injured, it was Lebanon’s worst bombing since the August 2013 blasts in Tripoli, which killed 47. But, if it had not been for Adel Termos, it could have been much worse.

Witnesses and family members said Termos, a 32-year-old father, rushed to tackle the second bomber from behind after seeing him approach the gathering crowd. The intervention forced the bomber to detonate his suicide vest and is thought to have saved dozens of lives. Termos died in the blast.

“Tell me congratulations,” said Basima Atat, Termos’s wife. “My six-year-old daughter now says dad is a martyr, a hero, in heaven. Do you know what it means to be a hero?”

Plastic chairs for the many mourners who had visited the house over the past three days stood in the rain, and Arabian coffee slowly smouldered on the coals nearby. Festooned on the walls were flags of Hezbollah, which enjoys popular support in the majority-Shia neighbourhood, and an image of the party’s leader, Hassan Nasrallah.

Basima clutched an image of Termos, who had been leaving the mosque after prayers to join his wife and daughter for dinner. After the first bomb went off, he spoke to her by phone, telling her he was going to help the wounded. After the second blast, his phone was switched off.

“I knew in my heart that he was martyred,” said Basima.

‘These people are not humans’
Shock at the atrocities has not worn off in Burj al-Barajneh. A loud boom echoes in the distance and conversation stops; people shake in fear of another blast. Panic recedes when the noise proves to be thunder, but it is always near the surface.

And the anger is clear. “These people are not humans,” Bilal Jelwane, Termos’s brother-in-law, said of the suicide bombers. “If you disagree with someone, you don’t kill them. Imagine somebody coming to kill innocents in God’s name. We’re supposed to say ‘Allahu Akbar’ when we are sacrificing sheep, not before slaughtering people.

“The problem is these people think that by blowing themselves up they are going to join the prophet in heaven. Our prophet is a prophet of mercy, our Islam is a religion of forgiveness, kindness, compassion, not a religion of killings and swords and slaughter.”

Many here blame Western governments for the rise of the Islamic State. But they say they feel a kinship with the civilians in France who died in attacks by the terror group just a day after the Beirut bombings.

Life goes on in the southern suburbs, which have endured a series of suicide bombings over the past two years in response to Hezbollah’s forceful intervention in Syria on the side of President Bashar al-Assad. The street where the suicide bombers struck on Thursday is alive with traffic, though signs of the massacre remain &ndash: smashed windows, closed shop fronts, portraits of the dead, flower garlands and a shuttered mosque.

“If you let fear of being blown up take hold of you, then you would just lock yourself up and cower at home,” said Hussein Shukr, who owns the bakery outside which one of the suicide bombers killed and wounded dozens, and whose partner was severely wounded in the blast. “That’s not a way to live.”

Nearby, a man called Hasan sold kaak, bread with ground thyme and sesame seeds, from a small cart. He had survived the bombing by chance – when the first explosion happened, he rushed to help the wounded, only for the second bomber to blow himself up beside his cart.

“I own a kaak truck. What would he even gain by blowing himself up next to me?” he asked. “He wouldn’t have killed some important person.” – © Guardian News & Media 2015