Paris attacks: No answers for why youths turn terrorist 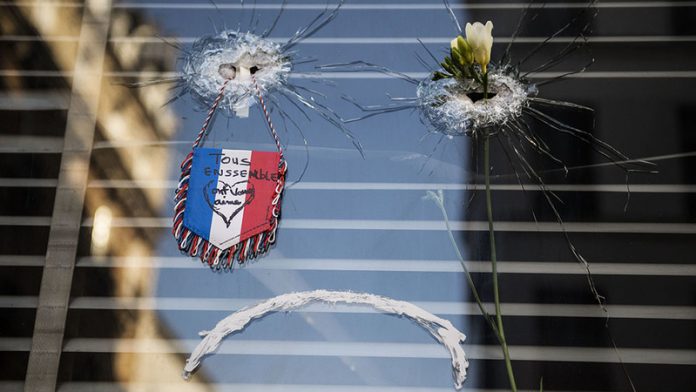 I moved to Paris late last year to start the world’s first event to aggregate all new urban mobility solutions under one roof. I chose Paris because it hasn’t changed much in 100 years and the narrow streets no longer work for car mobility, forcing Parisians to use new mobility solutions like the Vélib’ bike-sharing programme.

I live and work in the 10th and 11th dense, urban and racially mixed arrondissements. I leave my house in the Jewish neighbourhood of Rue Richer by bike, go past Rue du Faubourg-Saint-Denis, known for its Kurdish restaurants, ride along Château d’Eau, which feels like Hillbrow with its African immigrants, and just before Place de la République I turn left, cross the canal Saint-Martin into Rue Alibert where Le Petit Cambodge and Le Carillon dominate the crossroad with Rue Bichat.

Le Petit Cambodge, the first restaurant attacked on Friday, is one of my favourites. I love the fresh bobun with French wine and for dessert I go next door to Helmut Newcake. It’s what the French describe as “Bobo-land”, a “bourgeois bohemian” neighbourhood.

Last Friday, I finished work at 6pm, reversed my route and stopped to forage on Rue du Faubourg-Saint- Denis. With my stash of French, Greek, Jewish and Arabic food, I headed home for a quiet night with my wife and one-year-old daughter. Halfway through another bloody episode of Fargo, both our phones started pinging to the different tones of Skype, Whatsapp and SMSs.

After a long night following the events, I headed to Le Richer café for a coffee in the morning where I bumped into a new friend, Tariq Klim, a local IT celeb and young global leader. He was meant to be at a party for a friend of his, also of Tunisian origin at the Paris restaurant La Belle Equipe that fateful Friday night. His late arrival at the restaurant saved his life but not that of the two sisters hosting the party and the 16 others who died with them.

Among my staff of three, two lost friends, one of whom I met when he pitched to do the architectural work for our event. Amine Ibnolmobarak and his wife Maya were at the terrace of Le Carillon, the bar when gunmen opened fire, killing 14 and leaving Maya in a critical condition. Amine was born in Morocco and moved to Paris where he did his graduate study on the pilgrimage to Mecca at Ecole Nationale Supérieure d’Architecture de Paris-Malaquais.

On Sunday the streets of the 11th arrondissement were full of Parisians refusing to be bullied back into their apartments. Parisians’ defiance impressed me most. However, unlike the Charlie Hebdo attacks earlier this year, which were seen as an attack on freedom of speech, these have set a new benchmark of who is a target and Parisians are fearing for their safety for the first time in a long while.

Knowing this, it would be easy for Parisians to become anti-Islam and anti-immigration. On TV, I saw a father who lost his daughter in the Bataclan theatre massacre saying that this must not be the start of an eye for an eye. This seems to be the general position of most Parisians I met but how can France keep its people safe?

Few will disagree that the state of emergency is needed to seize weapons, imprison terrorists and give people a sense that the state has the upper hand. But these are only short-term measures aimed at stopping imminent attacks. The difficult question is what France can do to stop young French Muslims from taking exactly the opposite path to Amine and, instead of becoming integrated, becoming radicalised?

There are no easy answers; there seems to be very little research on the causes of radicalisation. Although the retaliatory air strikes on the Islamic State in Syria feel justified, innocents too will die. It might be tempting for French voters to vote for Marine Le Pen’s Front National but this will further marginalise Muslims, giving the radicals new recruits.

France has a large Muslim population, which is here to stay. The laws make positive discrimination illegal, so any system, such as affirmative action, designed to level the playing fields would not be accepted.

Even if it were legal, finding young men jobs is tough enough and will get increasingly more difficult as technology continues to disrupt labour-intensive industries with devastating results for workers.

Having spent a year working on new mobility, I believe we are about to see a major disruption in urban personal transportation that will transform our cities. It will start with a move to electric vehicles, car sharing, on-demand services and cheap mobility devices such as electric bikes. In five to 10 years we will start seeing electric driverless buggies like the one Google is testing, which will answer the prayers of the sophisticated urbanite because it will give them cheap, efficient and clean mobility. But it will devastate the motor industry and the millions of blue-collar jobs that go with it.

We will increasingly live in a world of winners and losers. Countries have to attract winners to create jobs, taxes and a competitive advantage. But those who believe they’re losers in a system no longer wait for the ballot box for their revenge.

In this new world, we will continually have to negotiate middle roads. France only has one reliable early warning system for planned terror activities and that is the Muslim community that witnesses their brothers’, sons’ and friends’ behaviour change as they become radicalised. It won’t be easy but that conversation needs to start.