Sports MEC shuffles off under a cloud 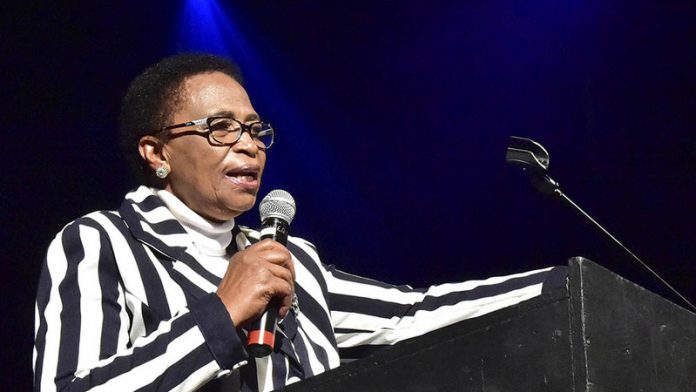 Instead of firing his MEC of sport, arts and culture and recreation, Gauteng Premier David Makhura “demoted” Molebatsi Bopape by making her the MEC for social development, a department with a shoestring budget.

His move comes after serious allegations were made implicating her in corruption, maladministration and financial mismanagement.

Makhura has ordered a forensic investigation of the department, but only after senior officials complained to his office in writing.

The Mail & Guardian is in possession of a dossier that contains the allegations levelled against Bopape. It reveals how she was implicated in allegedly demanding a bribe, allegedly attempting to manipulate tender processes and allegedly used department funds for expensive trips and to upgrade her home.

But last month, before Makhura ordered an investigation, he moved Bopape to the provincial department of social development. Asked why she was moved and not fired, the director of communications in the premier’s office, Thabo Masebe, said Makhura could not get to the bottom of the allegations by simply changing MECs. “These are separate matters,” he said.

In the dossier, Bopape is accused of demanding a bribe from a company that submitted a tender for the provision of security services to the provincial department.

She has also been implicated in financial mismanagement by allegedly allocating R50-million to the Mabaleng infrastructure project, which aims to build sport infrastructure for several communities, without the authorisation of the provincial treasury.

“The MEC decided to unlawfully and unprocedurally cut the budget from all departmental programmes without authorisation and approval from treasury, the premier, or even the Gauteng legislature,” the document claims.

This has allegedly resulted in the department becoming dysfunctional because there are insufficient funds for other programmes.

The dossier alleges that Bopape’s redirection of money to Mabaleng was a way to benefit her preferred companies. At the same time, Makhura was made aware of Bopape’s alleged involvement in tender rigging by the company that would plan and design the project.

Documents in the dossier show how Bopape allegedly turned down a submission made by a committee set up to evaluate tenders in favour of a company that charged at least R1-million more.

“Upon realising ther preferred company … was not winning, the MEC suspended the department HOD [head of department] and placed her on special leave with a view of appointing her favourite acting HOD who would ensure that … gets the tender,” the dossier alleges.

It also shows the department was billed for upgrades made to her residence, and that Bopape went on expensive trips and bought luxury office furniture. Her office spent almost half a million rands on sporting equipment. The invoice was made out to a Pretoria hotel group.

Masebe said the premier had studied the matter and concluded it warranted an investigation. He has instructed the MEC for finance, Barbara Creecy, to set up a team of auditors to conduct a forensic probe.

When pushed as to why no action would be taken against Bopape, Masebe conceded that the integrity commissioner Dr Ralph Mgijima at the Gauteng Legislature was looking into Bopape’s conduct. Mgijima would now look into whether Bopape was involved and will make a recommendation whether she should be replaced or not.

Bopape said she welcomes the probe and says she is aware of the allegations against her.

She has, however, questioned why the allegation against her only surfaced now when the department HOD was suspended for “soliciting a bribe for a clean audit”.

Bopape said she has been targeted after she began exposing the rot in the department.