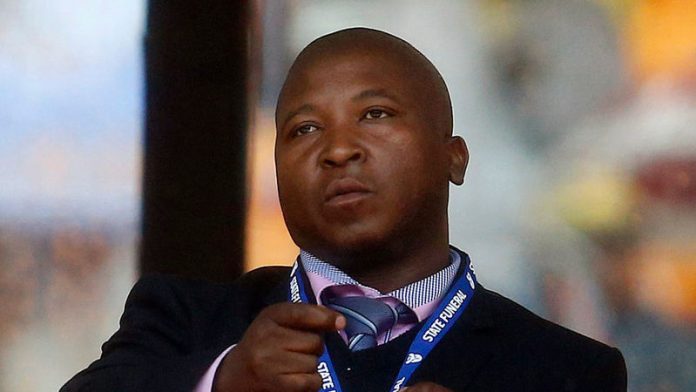 Well over half a million children with disabilities do not attend schools geared for their needs. But for many who are in such schools, it is not the same as getting an education, activists warned at a disabilities conference in Durban last week.

“There are many barriers to children with disabilities in even getting into school in the first place,” Tim Fish Hodgson, a researcher at the nonprofit organisation Section27, told a conference of the Legal Resources Centre last Friday.

“These include school fees, hostel fees, transport fees, lack of understanding and awareness of disabilities and a general failure on the part of departments to ‘mobilise out of school learners’ with disabilities.”

Getting into school may be the start of a whole new set of problems for a child with disabilities, he said.

According to the basic education department’s Report on the Implementation of Education White Paper 6 on Inclusive Education, there were an estimated 829 474 children with disabilities in South Africa in 2012. By 2014, nearly 600 000 of those were not in school.

transformed from one “that has previously been divided into ‘special education’ and ‘mainstream education’ into one integrated system which embraces equity and quality”, it explains.

Referring to the report’s own findings about the system’s failures, Hodgson described the situation faced by disabled children as a “crisis. It is an emergency.”

The report stated there is an “incoherent conception and understanding” of White Paper 6 “at all levels of the system”.

It said there is “serious concern about the standard of curriculum delivery in special schools” and “there is evidence that many are simply daycare centres with little attention being given to ensuring that learners have access to the national curriculum statement on an equal basis with all other learners”.

And there are “extremely poor conditions in many special school hostels” including “high rates of child abuse”. Furthermore, in more than 12 years, “the situation has changed very little in terms of achieving equity and redress”.

Inadequate funding was prevalent to the extent that many schools “cannot even afford electricity bills for the entire year, never mind expensive assistive devices”.

Hodgson said “most teachers teaching blind learners cannot read Braille at all and still more who can read ‘elementary Braille’ cannot read ‘contracted Braille’, which learners are supposed to cope with by grade four.”

“There are not enough support staff including social workers, house mothers, occupational therapists and specialist positions such as orientation and mobility practitioners, braillists and Braille instructors”

“Yet one school in Limpopo has 60 vacancies for support staff,” he told the conference.

Schools also don’t have sufficient computers and technological devices of even the most basic kinds. “Many, for example, do not have enough working ‘Perkins Braillers’, which educators describe as a pen and paper for a blind learner.”

Their findings are contained in a report titled Left in the Dark: Failure to Provide Access to Quality Education to Blind and Partially Sighted Learners in South Africa, which will be presented to the parliamentary portfolio committee for basic education next year.

The sorry state of schooling for deaf people is just as appalling, Odette Swift, director of deaf education at the Deaf Federation of South Africa, told the conference.

Barriers to deaf pupils’ learning included some schools that only allow pupils to stay until they turn 18 even though most deaf pupils are only placed in schools for deaf people late, some as late as the age of 12.

She said there are poor or nonexistent signing skills among teachers, and managers often have little understanding of deaf education. As a result most of the deaf pupils leave school functionally illiterate, she said.

Technical vocational education and training colleges were “highly inaccessible due to a lack of professional South African sign language interpreters”, she said; only three actually accept deaf students, and even then only for limited courses.

She said only 16 of the special schools where sign language is the language of teaching and learning offer high school as well as matric.

Only four out of the 16 offer pure maths, only one offers life science and none offer physical science. She added that “lifelong learning for deaf school-leavers is a myth”.

“Without a matric or [its] equivalent, unemployment remains unacceptably high … [it is] estimated at 70% of the adult deaf population,” she added. There are also less than 20 sign language users studying at universities in the country, she added.

In recent interviews with staff and pupils at KwaZulu-Natal’s “deaf schools” she heard shocking comments: “It is October of my grade 11 year – we have only written on three pages of our tourism exercise book. I am worried for grade 12,” one pupil told her.

A grade seven teacher told her: “These deafs must do handwork. They are not made for academics.” The comment was a perfect example of the deep misunderstanding of disabilities inherent in the education system, she said.

Hodgson said that understanding disability relies a lot on how it is spoken about in society. “Disability is, and is largely experienced as, the inability of society to exist, reconstruct itself or accommodate the lives of people with disabilities,” he said.