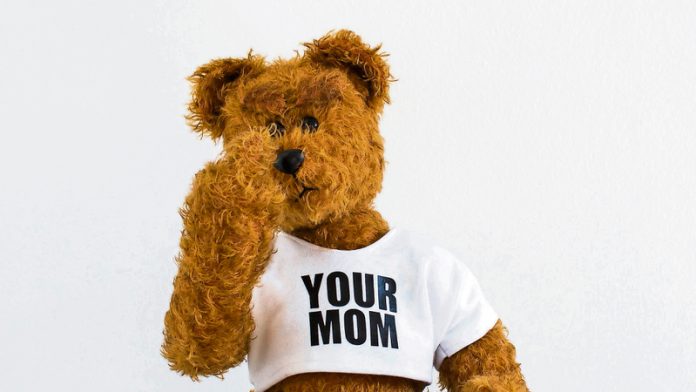 Ed Young has never had a solo exhibition. This curious fact will confound fine- art graduates clamouring to secure their first show. How is it possible to have had a profile in the art world for a decade without one? Aren’t careers forged through exhibitions?

This is generally true and more so since the art scene in South Africa evolved into an industry. The most ruthless and most profitable galleries (usually one and the same) appear to place pressure on their cash cows to produce solos on an annual basis. Those who fail to do so – and fail to produce sellable products – are dropped. It’s a brutal reality that results in a lot of unresolved art being shown that could benefit from a longer incubation period.

Nevertheless, the growth of the art industry has seen the art fair phenomenon catch on. In this setting single works by artists are usually shown in isolation of a body of work – even if they are a “featured” artist. This could change how art is produced, conceptualised and consumed.

Oddly, Young has emerged as a poster boy for these singular works – despite everything he may stand for, he has found his artistic groove in this highly commercialised environment both locally and internationally – at the recent Artissima art fair in Turin, Italy, he turned heads with his idiosyncratic brand of “go fuck yourself” art. There simply isn’t a polite way to describe what he does.

It is odd that he would lead this shift in art-making that art fair culture encourages because he eschews the hyper-commodification of art, and has done so since he graduated from Michaelis School of Fine Art in Cape Town in 2003 – though he did make a splash auctioning off a bar owner, advancing the man as a found object.

“At my graduation show everything was an installation; nothing could sell, it was priceless. Now graduates have price lists and all they ask each other after a show is: ‘Did you sell, did you sell?’ You are not a shop; you are an artist,” he observes over a coffee at Truth on Cape Town’s Buitenkant Street, which feels more like a bar than a coffee shop (not unexpected, given his legendary preference for bars).

Young has managed to stave off the commercial pressures of the art industry as a result of several factors, such as having a day job – he heads up some scientific research unit at the University of Cape Town. This is at odds with his rock ’n roll vibe. He usually wears a cap and T-shirt, boasts stubble and is perpetually recovering from the night before. The day job has given him some artistic latitude.

“I can do whatever the fuck I like. My peers are so stressed out about what they are putting out into the market and if it will pay their bills. I like having the freedom to move.”

There is also the fact that he doesn’t do solo exhibitions. It’s not because he won’t; he just can’t – his creative mind doesn’t operate in that manner.

“I have always made singular pieces for a specific contexts,” he says.

His work is literal tongue-in-cheek one-liners expressed on the canvas, such as his most recent artwork for the Smac Gallery stand at the Artissima art fair, which boasts the slogan: “You’re doing it wrong.” The phrase is painted on a canvas, so it could be a nod to the whole painting revival and his inability to jump on the bandwagon. Conforming is not his bag.

He is almost always in opposition to what is fashionable or makes an irreverent reference to art that garners attention such as scripto-visual works bearing the phrases “Bead Works” (probably a wry reference to Wayne Barker’s beaded works) and “We are all so fucking African”, his first art fair work.

He is reliably rude and provocative; at the FNB Joburg Art Fair this year he created the showstopper that read: “I see black people.”

“I am criticised for doing one-liners but I do many of them. It adds up,” he says, laughing.

Not only do his one-liners add up, they are also having a cumulative effect at art fairs in Johannesburg, Cape Town and Italy. Artissimo fair director Sarah Cosulich Canarutto observed that his work You’re Doing It Wrong was the most photographed one at the fair in Turin, as relayed by Marelize van Zyl, Smac Gallery’s associate director. This isn’t unexpected; Young’s works usually turn heads – he appears to have a talent for coming up with a slogan that is irresistibly Instagrammable.

“I make selfie art. My favourite day of the fair is when schoolchildren come, but they are not big collectors.”

It is not just his provoking scripto-visual works that demand attention but his hyperreal sculptures too, such as the work My Gallerist Made Me Do It, a small-scale nude of Young displayed hanging from a nail, which was Instagrammed and tweeted endlessly at the 2012 Joburg Art Fair.

In this vein is his most famous work: a likeness of Archbishop Emeritus Desmond Tutu swinging from a chandelier. Titled The Arch, it was auctioned off earlier this year for more than R800 000, proving that Young’s work might be more collectable than he would like. Not being traditionally bankable appears to be a great source of pride, although it is couched as a lament. Maybe he loves playing the antihero – he does turn up for his interview in a T-shirt boasting the slogan “Loser”. But he has turned out to be a bit of a winner.

Local fairs are unthinkable without his work, which generally provides the highlight – or, rather, the lightness. At first he resists the idea that he is making art for art fairs, before conceding that they have provided him with the space for his singular works, though Smac Gallery has now committed to presenting new video works and the like from time to time, such as the recent Agnes Dei.

He suggests art fairs breed conservatism and conformity: “People are checking themselves radically.” It is these qualities that no doubt keep him interested in producing work for this type of public art setting.

But art fairs aren’t just a necessary evil, as everyone claims. They are driving the local art scene and, more importantly, advancing South African art internationally more so than any biennale or curated museum show. Most major galleries in this country participate in fairs around the world. For example, since 2012 Smac has been at Arco in Madrid, Spain; Volta in Basel, Switzerland; MiArt in Milan, Italy; Loop in Barcelona, Spain; and in the 1:54 Contemporary African Art Fairs in London and New York. The Armory Show in New York in early 2016 is next – regarded as a coup, because securing a stand on these platforms requires jumping through a few hoops.

“There is a rigorous application process. This involves an evaluation of the gallery’s programme, positioning and represented artists,” says Van Zyl. “The costs are high – considering that the rand is at an all-time low – and include a participation fee and booth rental, plus crating and shipment of works, flights and accommodation, labour and daily expenses. This all adds up. However, if a gallery has a good fair – if sales and industry connections are good – then the returns are worth it.”

International art fairs might be more expensive to participate in, but the audience numbers far outstrip those of the local ones. Artissima, for example, invited more than 5 000 collectors and more than 50 000 visitors attended, whereas the Joburg Art Fair attracted 11 000 visitors this year.

Each art fair has its own personality and advantages – Artissima is viewed as “the curators’ fair”.

Ultimately, the success of a stand depends on which artworks a gallery puts on display. It is not like creating a group show; there is no theme binding them and the works are selected based on how attractive they might be to buyers. “There is a lot of visual competition and noise at any given moment, and the objective is mostly to grab the viewer’s immediate attention. When we plan for an art fair show, we carefully consider the artists, the singular art works and how it will all work together visually for a good presentation,” says Van Zyl.

The art fair setting is reshaping how art is being made – or should be made. It needs to be visually arresting, clever and able to address multiple audiences with different levels of understanding of art.

This is where Young comes in; he thrives on creating singular works that are not in conversation with other works he makes. This made his work an obvious choice for Artissima. Aside from his cheeky You’re Doing It Wrong work, he also showed a sculpture of a hand frozen in a pose that brings Italian hand gestures to mind and he created a series of teddy bears playing with their genitals. On some levels the work probably appeals to lower-common denominator interests – perhaps the saving grace is that Young always knows what this is, executes it well and does so with irony.

Ironically, it appears his lack of interest in making sales or playing the art game has turned him into the ideal art fair wild card. This is what makes him fearless and, in some ways, he can really never “do anything wrong” – to borrow from his latest slogan.

“Artists always look grumpy at fairs; they are so worried about whether they have made sales. I skip around. Artists take themselves too seriously. A sense of play has been lost through the commodification. Playing can be serious.”