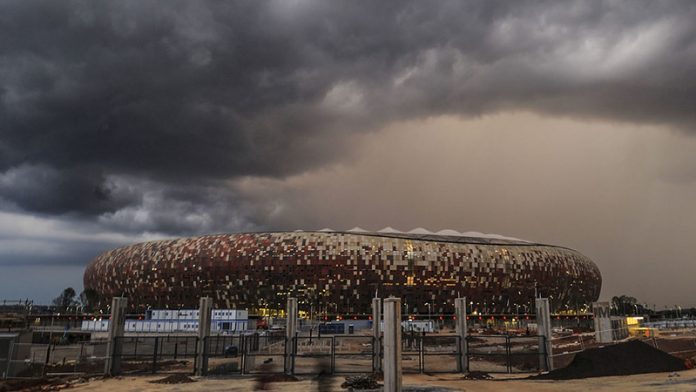 More than five years on and the Fifa 2010 World Cup construction cartel saga is not yet over.

The competition authorities have now turned their attention to prosecuting those who have refused to ’fess up and pay up.

Last month, the Competition Commission referred the last of 19 cases, in which construction firms implicated in collusive practices did not settle, to the Competition Tribunal for prosecution.

Of these 19 cases some involve the six World Cup stadiums in which all South Africa’s largest construction firms were implicated. Some firms did not settle the stadium cases, even after the chance was afforded to them – Group Five, WBHO and Basil Read plus Stefanutti Stocks. Only Aveng and Murray & Roberts paid penalties for the World Cup stadiums.

Collusion on these stadium projects is estimated to have added R14-billion to the construction costs borne by the municipalities.

The commission has subsequently referred the firms that did not settle during the first phase of the investigation to the tribunal for collusive tendering for the construction of World Cup stadiums, said the commission’s spokesperson, Itumeleng Lesofe.

“The commission has asked the Competition Tribunal to impose an administrative penalty equal to 10% of the turnover of each firm, which is a maximum penalty in terms of the Competition Act,” he said.

When the commission first uncovered widespread collusion in the construction sector, it instituted a fast-track settlement procedure in 2011, which saw a number of firms quickly settle to the tune of almost R1.5-billion in penalties. This first tranche of settlements was dominated by Aveng, Murray & Roberts, WBHO and Stefanutti, which incurred a penalty of more than R300-million each, plus Basil Read, which incurred a R95-million fine.

As the process continued the commission uncovered many more cases implicating other parties and so a second fast-track settlement process was launched, which resulted in a total of R13.4-million being paid in settlements.

Group Five has consistently refused to settle. Now it and others that have also refused to settle find themselves in the sights of the anti-trust authorities. The commission referred the 19 cases involving firms that did not settle to the tribunal for prosecution. These are in various stages of litigation.

Of the four cases in which Group Five was implicated, two of these were among those dropped by the commission because of insufficient evidence.

“In addition to the stadia referral, the commission has also referred a complaint against Group Five for its involvement in collusive conduct in a project relating to the rehabilitation of national route 5, section 4, between Senekal and Vaalpensspruit.

“The commission seeks the Com­petition Tribunal to impose an administrative penalty equal to 10% of Group Five’s turnover,” Lesofe said.

The firms that have chosen to defend the matter will try to show they weren’t involved in the conduct the commission believes they were part of, and the commission will have to present its evidence.

If these firms are found guilty of collusion, it is possible the tribunal could take a harsh view in calculating the penalties. A maximum penalty would put added pressure on companies in a sector already taking strain. (See “Boom time’s over for the big five builders”.)

The tribunal’s way of calculating the penalty factors in the extent to which the guilty party has co-operated with the authorities.

Group Five said in its August annual report it has been proactive and has co-operated with the commission since 2009.

Guy Mottram, the group executive for risk at Group Five, said the company has publicly stated in its previous media releases that there were factual discrepancies in the information provided by the commission about its involvement in four projects and, as a result, two of them have been dropped.

“We had hoped that, once the commission had formally referred the matter to the Competition Tribunal, these factual discrepancies would be clarified. Unfortunately, this has not occurred, as the commission’s complaint referral to the tribunal remains unclear and has not shed any light on the discrepancies,” Mottram said.

“We remain committed to finding a resolution to the matter and concluding this matter expeditiously.”

If found guilty, the fines may still not be the end of the road for colluding firms, because any entity harmed by the anti-competitive conduct of guilty parties could seek damages through civil proceedings in the high court. These entities could include the municipalities and the South African National Roads Agency.

According to the South African Local Government Association (Salga), the financial effect of rigging the bids for the World Cup projects was significant for several municipalities.

In a Salga presentation on the department of economic development’s website, the association said estimated overcharges range from 10% to 30%. It said the estimated effect of collusion regarding the municipalities was as follows:

According to the economic development department’s annual report for the year ended March 31 2015, the settlement process has paved the way for affected consumers to bring civil claims against the companies by obtaining section 65 certificates from the tribunal. The certificates are a prerequisite for bringing a damages claim against the firms in the civil courts.

“In the past year, the tribunal has issued over 200 section 65 certificates,” according to the report.

There are no criminal sanctions in the Competition Act and the only way to pursue criminal proceedings in such matters is under the Prevention and Combatting of Corrupt Activities Act, which has to be done by the National Prosecuting Authority. In the event that other cases of collusion come to light, the commission will institute new complaints against the implicated firms, Lesofe said.

“If the complaints are referred for adjudication, we will request the Competition Tribunal to impose maximum penalties against the implicated firms.”

The minister of economic development, Ebrahim Patel, has in the past expressed a wish for a further R1.5-billion to be paid in the form of restitution.

Requests to the department for further comment were not answered.

Boom time’s over for the big five builders

The boom times for South Africa’s construction sector would appear to be over – the market values of the country’s “big five” construction firms have fallen dramatically.

In the past five years, WBHO has come off the lightest with a 10% loss in market capitalisation. Group Five is second-best, having lost 44%. Basil Read has lost 68%, Murray & Roberts 78%, and Aveng 94%.

In a note circulated by Samantha Pauwels, the portfolio manager of Cannon Asset Managers, she said that, since 2007, the big five construction companies have lost 79% of their value.

“This represents the complete destruction of shareholder wealth, a total loss of R60-billion in value and the equivalent of a whole Capitec,” Pauwels said.

The fall of the big five may seem to indicate the construction industry is in dire shape, but this is not the case, Pauwels said, noting that the view from the window of a Sandton high-rise tells a different story. Government spending on roads has also never been this great, she added.

“We need companies to be agile, with management teams that are able to do business in challenging times. Whilst the big five were falling, the likes of Calgro M3 and Afrimat were rising,” she said.

“Nothing stopped the previous darlings from adapting and navigating as times changed, yet they continue to look in the rear-view mirror, missing today’s opportunities that lie straight in front of them.”

Trump says Mueller investigation report should be made public