What’s in the shape of your champagne glass? 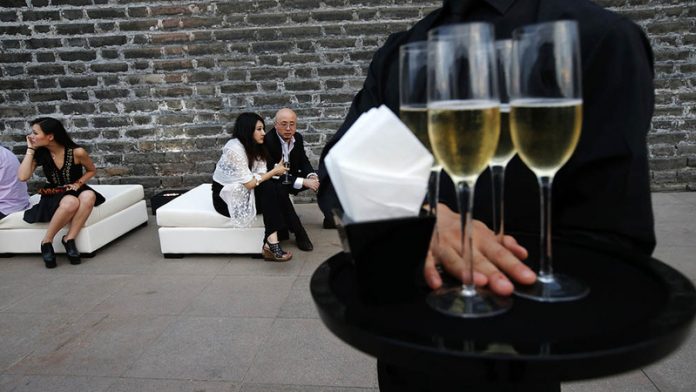 Just when most of the drinking world has bought into the idea that the long, thin glasses are the perfect-fit vessels for enjoying champagne, or sparkling wine, sommeliers and judges have declared rounded “burgundy” ones superior. To taste better, they say; to smell more intensely because of the bigger surface. Followers of fashion, all.

Romantics may long for yesteryear when minute quantities of bubbly were poured into coupes –wide-rimmed, flat glasses, delicately raised for wedding toasts and love. But these lost the alluring sparkle in a jiffy.

Most of us still prefer the dynamic clarity of the tiniest bubbles escaping up a long, clear, cylindrical route to the brim and gently up the nose, offering a crunch on the tongue.

But judging glasses and awards may be one thing; sheer indulgence for personal pleasure is another. Does the glass debate matter?

One thing is for sure: in the drinking world, sparkling wine or Champagne has a niche of its own. The changing fashion of its drinking glasses is symbolic of its status. These days, it’s also big business.

Champagne, made by the French, who are vigorously defensive of that appellation, has held its popularity through war and peace. And it has always been expensive. Few things are as closely monitored in the French economy as the export sales of Champagne.

The image of rarity and uniqueness has been carefully cultivated and sustained by the Champenoise. And yet the famous marques or houses turn out millions of bottles all the time. In fairness, grand and very expensive Champagne can be astoundingly good.

Local recession may be lurking, but every liquor-selling outfit has some of the better-known Champagne for sale during the silly season at prices circling R400 a bottle.

The sad bit is this: most people who are confronted with a bottle of Moët et Chandon, Veuve Clicquotor Pommery probably don’t really know what it should or could taste like. This opens a large marketing gap to be taken.

South African winemakers, on the other hand, have slowly but surely, especially over the past 25 years, built a solid reputation for making superb bottle-fermented sparkling wine.

Here we called it rather affectedly Méthode Cap Classique (MCC) after it started more than 40 years ago with Simonsig Kaapse Vonkel (still going strong), later joined by a buzz of followers. Theirs was a quest to master the challenging art of base wine, bottle fermentation, dosage and the reward of fame and (good) money.

Four decades later and it seems that we are on the cusp of an elevated new league of MCCs. You’ll have to look out for them.

Although the 2016 Platter’s Wine Guide lists a hefty 178 producers, the truth is that not all MCC wines are great, and often judging seems a problem. The annual Amorim Cap Classique challenge has produced winners that were truly surprising. Despite those burgundy glasses, do the judges get it right?

Sparkling wines of the weekend

Two this time, to demonstrate the elegant brilliance of the new wave. Deep, bubbly enjoyment (and lessons in the bottle for wannabe judges).

Steenberg Lady R 2010: A dash of copper in tone, a result of 60% pinot noir. Fruity notes in the fine bubbles and lingering understated complexity in the mouth. Made by JD Pretorius and John Loubser (R395).

What is it about bubbles that prompt so many people to forget that the wine containing them is often either acidic or insipid?
Read more
Advertising