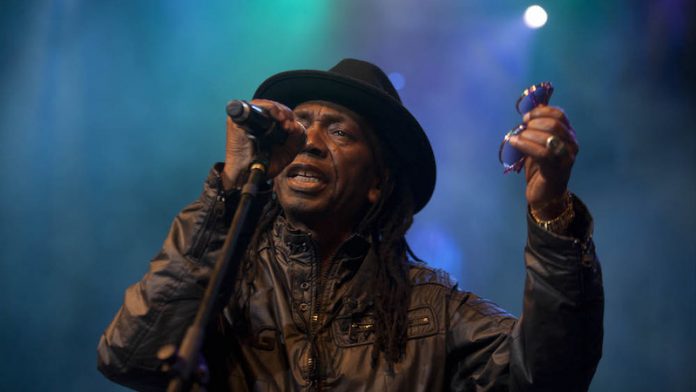 Bassline, Newtown, Johannesburg, December 18, 6pm. Chimurenga music originator Thomas Mapfumo returns to the Bassline, having delivered a triumphant show in September. He will be supported by DJ E-Man and DJ Pliez.  In the Mapfumo biography Lion Songs, Banning Eyre provides what is probably still the best description of Mapfumo’s musical career: “Like Fela Kuti and Bob Marley, singer, composer and bandleader Thomas Mapfumo and his music came to represent his native country’s anti-colonial struggle and cultural identity. Mapfumo was born in 1945 in a colonised Zimbabwe (then known as Rhodesia). The trajectory of his career — from early performances of rock’n’roll tunes to later creating a new genre based on traditional Zimbabwean music, including the sacred mbira, and African and Western pop — is a metaphor for Zimbabwe’s evolution from colony to independent nation.” Tickets are R150 at Computicket, R200 at the door.

Straight No Chaser, 79 Buitenkant Street, Cape Town, December 18, 8.30pm and 9.45pm. Funk-jazz bassist George Anderson (from Shakatak) plays music from his solo recordings and his other musical projects with Amy Campbell on vocals, Bjorn Petersen on drums, Ian Smith on trumpet, Yvan Potts on keyboards and Zeke Le Grange on sax. Tickets are R100 for one set and R160 for two.

Buzzart 15, KwaZulu-Natal Society of the Arts, 166 Bulwer Road, Durban, until January 17. A selection of collectable art from Arts for Humanity with work available in a silent auction. Artists include Sue Williamson, Diane Victor, Mduduzi Xakaza and Joseph Madisa.

“Tell Them!” Comedy Tour, Soweto Theatre, Jo’burg, December 18, 7.30pm. Some of South Africa’s talented comedians will share a stage at this show that promises to leave audiences “laughing themselves silly”. Comedians Eugene Khoza, Thapelo “Tips” Seemise, Simmi Areff and Lazola Gola will hit the road together for the first time as part of the tour. Tickets are R130 to R150 from Computicket. sowetotheatre.com

Swan Lake on Ice, Teatro at Montecasino, Jo’burg, until January 10. The Imperial Ice Stars are back with a classic, Swan Lake, featuring new effects, costumes and choreography from artistic director Tony Mercer. The production was known for its contemporary ice dance, now partnered with “skating manoevures”. The cast of Imperial Ice Stars has performed for audiences in 15 countries around the world. Tickets are R100 to R400 from Computicket. montecasino.co.za

Adagio for a Hacked Life, Baxter Theatre, Cape Town, December 25 to February 27. Baxter Theatre Centre and Scenkonst Sörmland (Sweden) have partnered up to bring the third and last production in the trilogy, Growth, which includes I Hit the Ground Running (2013) and Struck Silent (2014). Adagio for a Hacked Life focuses on the “stress that comes with technology-driven and information-overloaded culture”. Tickets cost R100. baxter.co.za

Winnie the Pooh, Artscape Theatre, Cape Town, until December 23, 10.30am. The much-loved characters from Winnie the Pooh come to the stage in a production about friendship. This children’s theatre piece is interactive and engaging. The production was adapted by Glyn Robbins, directed by Cheryl Abromowitz and features music by Anton Luitingh. Tickets cost R70. artscape.co.za

Orpheus in Africa, The Fugard Theatre, Cape Town, 4pm, 8pm. This musical by playwright and director David Kramer tells the story of American impresario Orpheus McAdoo and his African-American Virginia Jubilee Singers, who visited South Africa in the 1890s. In Scotland, Orpheus had met Lady Loch, the wife of the British governor of the Cape, who invited them to Cape Town. Orpheus is played by tenor Aubrey Poo, who has appeared in musicals such as Marikana: The Musical and Ketekang. Orpheus’s fiancée, Mattie Allen, is played by Lynelle Kenned, who appeared in the stage productions Blood Brothers and Showboat. Tickets cost R110 to R220 from Computicket.thefugard.com

Bad Jews, The Fugard Theatre, Cape Town, until December 31. This West End smash hit is about of remembrance and legacy, a story told through a group of young people. The play is directed by Greg Karvellas, stars Lara Lipschitz (Cabaret, Jersey Boys) as Daphna, a devout Jew, who is unbending and religiously opinionated, Glen Biderman-Pam, Oliver Booth and Ashley de Lange. Tickets are R130 to R150. thefugard.com

A Christmas Celebration, The Playhouse, Durban, December 19 to 24, 7:30. This Christmas show features more than 150 performers live on stage and promises to get audiences in the festive season mood with a Christmas music selection and dance performance. Performers include Judith Sephuma, Bongani Tembe, Andile KaMajola, the KwaZulu-Natal Philharmonic Orchestra and many more. Directed by Ralph Lawson, choreographed by Sean Bovim and compèred by Damon Beard of East Coast Radio. Tickets are R120 to R150. playhousecompany.com

The Bioscope Christmas Marathon, The Bioscope Cinema, 286 Fox Street, Johannesburg. December 19, 1pm to 10pm. The annual Bioscope Christmas Marathon returns with a day of watching nothing but the Lord of the Rings trilogy back to back. Your R50 marathon ticket includes one drink to the value of R25.  On Sunday December 20, 7pm, the Bioscope has a Classic Movie Sundays Christmas Special, a screening of John Hughes’s 1990 classic comedy Home Alone, about an eight-year-old boy who must protect his home from a pair of burglars after he is accidentally left alone at home by his family during the Christmas holidays. Tickets are R20, and all Film Society card-holders get in for free. thebioscope.co.za