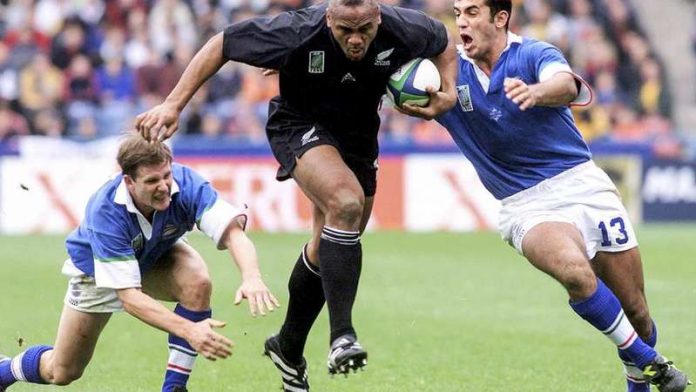 Adrian Frutiger (87). Swiss type designer whose work is now seen all over the world – Méridien, Univers, Frutiger and Avenir are among his famous fonts.

Geoffrey Howe (88). British politician; seen as Margaret Thatcher’s servile minister, in many roles, until he turned on her shortly before her own resignation.

Bill Keith (75). Bluegrass banjo player and a major influence on the genre.

Kirk Kerkorian (98). US financier of casinos, air travel and movies. In his youth he was a heroic war pilot.

BB King (89). Blues guitarist who dominated the music for decades.

Fatima Mernissi (75). Moroccan scholar and writer who wanted to reconcile traditional Islam with progressive feminism. Key work Beyond the Veil was published in 1975, and Islam and Democracy in 2002.

Maureen O’Hara (95). A great star of Hollywood’s golden era, dubbed the Queen of Technicolor in the mid-1940s, she often starred with John Wayne. Irish-born.

Oliver Sacks (82). Neurologist who launched a literary career with Awakenings (1973). The Man Who Mistook His Wife for a Hat (1985) was another bestseller, and his autobiography was published just before he died.

Alain Toussaint (77). A key figure in New Orleans soul, funk and pop from the 1950s onwards, as composer (Fortune Teller; Everything I Do Gonna Be Funky), producer (The Meters; Dr John) and arranger. Much sampled by later hip-hop artists.

Gail Zappa (70). Fiercely loyal keeper of the Frank Zappa flame, she kept his music flowing into the world.

Mark Behr (52). Author of the controversial besteller The Smell of Apples (1992), and two other novels. He confessed to having been an apartheid spy. A much-loved teacher in recent years.

Collins Chabane (44). A freedom fighter who went underground at 17, he became minister of public service and administration.

Bill Curry (83). Longtime actor who did theatre, TV and movies.

Pancho Guedes (90). Portuguese-born architect and artist who had a major impact in Mozambique and South Africa.

Flabba (Nkululeko Habedi) (37). Hip-hop musician who was stabbed to death by his girlfriend.

Bob Hepple (81). Rivonia triallist who fled South Africa; became law professor and judge in Britain. His memoir, Young Man with a Red Tie, was published in 2013.

Banza Kgasoane (65). Trombonist who started in marabi and jazz and found fame later as a member of hit band Mango Groove.

Pascal Ngakane (85). ANC leader who came to prominence in Durban in the 1960s, later going into exile. In 1975, after some years of ideological contestation, he was expelled as part of the Africanist “group of eight” who had objected to the party’s decision to become multiracial in 1968.

Lauretta Ngcobo (85). Writer; she went into exile in 1963 with her husband, a Pan Africanist Congress leader. Returning in 1994, she served in the KwaZulu-Natal legislature from 1997 to 2008. Her 1990 novel, And They Didn’t Die, is famous for giving a powerful new voice to South African women.

Thembile Skweyiya (76). The first black South African lawyer to become senior counsel, he defended Umkhonto weSizwe (MK) bomber Andrew Zondo in the apartheid court that condemned him to death. Later led the ANC commission of inquiry into abuses in the MK camps. He took silk in 1989 and was a Constitutional Court judge from 2003 to 2014.

Where they just a number?

“A single death is a tragedy; a million deaths is a statistic.” The quote is erroneously attributed to Josef Stalin, but it points to the brutal truth that guides news logic.

We list the handful of famous people who died, because they got headlines. Here is a list of the 150 000 (plus-minus 100 000) people who die each day with little international attention.

The world’s greatest killer is old age: the World Health Organisation (WHO) says 100 000 people a day die as a result of their bodies simply wearing out. The next biggest killers are often mundane and preventable, ranging from poverty and poor service delivery to poor consumption habits.

The WHO releases a cheerful annual list of these causes, which often vary wildly from reality because of accounting systems at a national level.

But they are the best official record of what kills the world’s population: 1.2-million deaths of babies born prematurely, often thanks to their mother’s poor health and lack of nutrition; 3 400 people a day or 1.3-million a year die from road accidents; 1.4-million people from diabetes; 1.5-million deaths from respiratory diseases, such as lung cancer; 1.6-million a year from diseases linked to HIV; 1.9-million from diarrhoeal diseases because of poor sanitation and access to clean water; three million from chronic obstructive pulmonary diseases (such as asthma); 3.2-million deaths from lower respiratory tract infection, mostly tuberculosis, flu and pneumonia; 6.2-million deaths a year from strokes; seven million from coronary heart disease.

Less profound in terms of numbers – but more shattering to the psyche – has been the proliferation of terrorist attacks worldwide. From a base in the double digits a decade ago, these have now gone into the thousands. The number of people killed has also increased.

But these numbers are also highly contested. Private intelligence company IntelCentre says 14 193 people died in 2 209 reported attacks in 2015. Most of these deaths came in four countries – Iraq, Nigeria, Syria and Afghanistan.

The Economist has calculated that about 30 000 people have been killed in terrorist attacks, which is somewhat down from 32 000 deaths last year. Some of the deadliest attacks came at the hands of people linked to Islamic State and Boko Haram.

The former killed 142 people in two mosque bombings in Yemen, 20 were killed in Lebanon, and thousands in Islamic State-held territory, though records do not exist for the area.

An attack in Paris killed 130 people and the downing of a Russian commercial airliner killed all 224 passengers.

Boko Haram killed 145 in a series of bombing attacks in Monguno, Nigeria, and has been responsible for several smaller-scale attacks. –Sipho Kings & Sarah Evans