#FeesMustFall is just the start of change 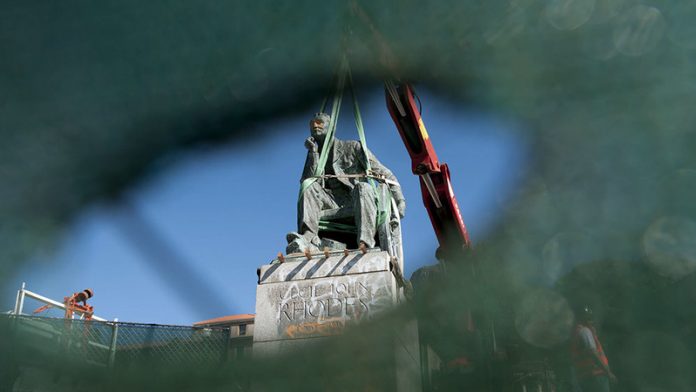 Recently, I was in KwaZulu-Natal conducting interviews in the northern rural areas. I sat down with old Zungu next to his kraal where a calf and five goats stared at but refused to graze on the drought-stricken grass.

I chatted to him betwixt the mawkish bleats of the quadrupeds that were beseeching for rain. In his tone I heard the nostalgic voice that longed for the cows that once filled his kraal. The dung and its pungent smell were the only reminders that cattle once trod here, their bawling songs blending with the bleating of the gambolling goats.

Zungu’s livestock was gobbled up by the cost of educating his children – he wanted to ensure that their future would be better than his. Three were sent to Durban universities and one to Johannesburg. Three have since graduated, although only one is working. The other two are at home, jobless, having joined the academic parking lot of hundreds of unemployed graduates.

The one in Johannesburg is in his fourth year of medicine, and Zungu continues to hope, albeit dimly, that, before he dies, his kraal will once again be full of livestock.

He is just one example of many parents who have spent so much on education to see their children put through university. He sold off his livestock, one by one, as the fees soared.

He says, every time one of his children graduated, it brought tears to his eyes because he had never attained that. But he doesn’t know whether their achievements will pay off, because even the child who is working is only an intern in a government department, and that after two years of unemployment.

Zungu is one of the lucky few because he had the means to educate his children, although his kraal has now run dry. The moves to transform higher education may help parents like Zungu as well as the many others who do not have any livestock and depend on hefty loans to educate their children.

When students stood up this year, they were demonstrating the frustration of parents who are battling to make ends meet after sending them to university. More than two decades after the fall of apartheid, the poor still struggle to send their children to higher education institutions. It is sad to find that only the rich will be able to educate their children because it has always been the hope of parents like Zungu that their children may be able to lift themselves out of the cycle of poverty.

The Fees Must Fall campaign’s ideals have always been in parents’ prayers and wishes, for higher education has become a goal so difficult to reach. It was a campaign that the higher education department and government had to do something about. We also need to think about the bigger questions that society asked during the campaign.

Just before it, there was what appeared to have been the mother of the campaigns in 2015 – the Rhodes Must Fall campaign, which raised uncomfortable questions for many members of society. The symbolism of Rhodes and all other imperialists and oppressors were questioned.

Various institutions and our cities have reflected colonial history and, unfortunately, after 1994, there were never fully fledged debates about its symbols. This may be the reason even street-name changes are frequently contentious.

As a society, we need to think deeply when we debate these meaningfully. It sounded trivial to some, but the imperial nature of the curriculums in our institutions may be linked to the symbols that reign on campuses. But I am certain that many would not support the arbitrary nature in which this was approached in some cases.

An even more worrying factor is that, after the fall of Rhodes, we kept quiet and stopped talking about the future of colonial symbols. This is wrong. It is important not only for higher education but also for society and the country at large.

We also need to talk about what should happen to these statues, for I would disagree that they should be destroyed. We have a history to tell to our children’s children. We need the melancholy story of oppression and the sweet accounts of freedom.

But we have not started to debate the criteria we need to use in removing these symbols. The Cape Town students questioned the colonial effigy of Rhodes, which had stood sentinel over Cape Town for decades, and helped society to look at the bigger questions.

These were not only about transforming the institutions of higher learning but also the larger society. Indeed, this was clearly a demonstration that education and social issues are intertwined.

The Rhodes Must Fall campaign also resuscitated the debate about why we need to Africanise the institutions of higher learning. Many commentators looked seriously at the need to ensure that higher education institutions in Africa should reflect the African milieu. It has always been argued that, when our African students complete their education, they tend to know more about Europe than Africa.

The transformation in higher education should go beyond the name change of the institution’s buildings and the mere hiring of more black staff. We need to go further by ensuring that faculties embrace the indigenisation of knowledge. Before we step into the global world and contest as intellectuals, we need to understand our space as well.

In building a strong Africa, we need to build links between African states, connections that would make sure we understand what it means to be Africans in Africa.

The author Basil Bernstein acknowledges how biases in education become an economic and cultural threat to democracy. But he points out that “education can have a crucial role in creating tomorrow’s optimism in the context of today’s pessimism. The African philosophy can address the ideals of tomorrow’s education.”

The most poignant of all the transformation debates was the exposé of the Luister video, which exhibited the deep suffering of black students in an Afrikaner institution. Certainly, if Stellenbosch fails to transform after this video, one cannot know what would touch the council and the community of this institution, and those of similar ones.

Institutions that fail to address social challenges and continue to perpetuate bigotry and racism are a danger to the country. Coming from our apartheid past should make institutions wary of reproducing the ills of society, either consciously or unconsciously.

The Luister students demonstrated how their institution needs to change the embedded culture. Black students continue to be treated as “the other” in their own land.

The case at Stellenbosch also revealed how social biases in education can defeat the optimism that education potentially has.

The Luister episode emphasised the need to look at aspects such as the language, culture and philosophy that universities employ.

When people like Zungu bellow for a changed model in the funding of students, they might not be aware that they have entered a larger battle for the transformation of higher education in South Africa. It is people like him who made the students feel supported by communities that have been lethargic for decades.

The year 2015 will go down in history as a year second only to 1976 in the way students have shown their muscle in trying to alter the direction of the wheel of history.

Students gained so many pockets of success in their Fees Must Fall campaign, but now the struggle should deepen to gain even more wins, which would include committed students, conscientious lecturers and clear-headed, sympathetic management. The successes of both the Rhodes Must Fall and Fees Must Fall campaigns will be recorded as part of the movement to change the institutions of higher learning in South Africa.

But we are interested in much deeper transformation that would better the country for, as a fledgling democracy, we continue to think of education as a public good.

It was people as thoughtful as Zungu who stood at the Congress of the People in Kliptown to declare “the doors of learning and culture should be opened for all”. No doubt, the students postulate that that time has arrived.

Professor Vuyisile Msila is the head of Unisa’s Institute for African Renaissance studies. These are his own views.