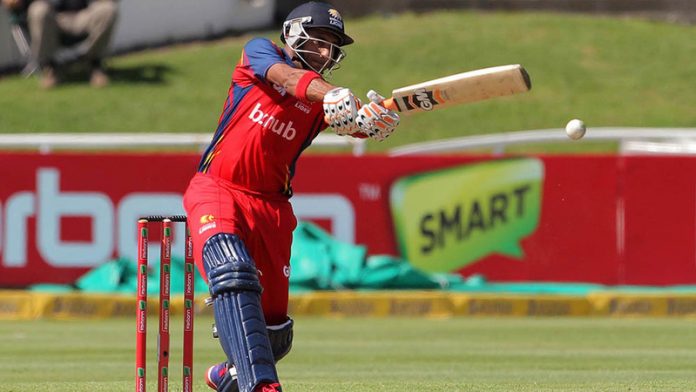 Gulam Bodi is a shape-shifter. The so-called domestic match-fixing mastermind has had to reinvent himself several times as a cricketer, with suppleness of mind giving way to flexibility of technique.

Finding himself out of contract at the Lions in May last year, Bodi had no qualifications to fall back on and a growing family to feed.

During the Africa Cup, a T20 tournament in September, he changed shape again, styling himself as a dashing fixer and property mogul with access to timeshare in India.

The former cricketer sweet-talked his way into the grounds at Centurion and Willowmoore Park in Benoni and started working small angles. Flexibility as a cricketer gave way to elastic morals.

Bodi last week confirmed that he was co-operating with a match-fixing investigation by Cricket South Africa (CSA), but his lawyer would not comment on Bodi’s guilt or innocence.

His colleagues in cricket, however, describe a man who drifted over the legal and moral line slowly, almost accidentally – but not a man they could ever imagine to be a crime kingpin.

Generally well liked, Bodi’s overtures to cricketers in parking lots and Gauteng coffee shops have mostly been forgiven – certainly by those whom he either played with or against in 15 seasons of first-class cricket.

Last week, he phoned a player he had implicated while speaking to investigators and apologised, saying he had no alternative but to name names. Such incidents combined to become a story more South African screwball comedy – a sort of Leon-Schuster-meets-Bollywood against a slightly sinister backdrop – than a gritty crime drama, in large part because of the likeably bumbling main character.

Every cricketer spoken to in the course of investigating this story pointed out that Bodi was devoid of malice and incapable of masterminding anything.

“I was sad to hear about Gulam,” said a former coach. “He was very suggestible, almost hypnotisable. There’s no cunning. He’s not bright enough.”

As names get named and reputations shredded, however, a dark backstory has emerged. From an innocuous start, Bodi, anecdotes suggest, became a conduit or runner for a criminal underworld based in India and Dubai.

In late September or early October last year, a representative of a notorious criminal syndicate, D-Company, run by Ibrahim Dawood, one of the most wanted fugitives in the world, visited South Africa. He was not here to go up Table Mountain. Instead he prepared the ground for “session-betting” or “spot-fixing” in the Ram Slam, a tournament that began on November 1 and lasted until mid-December.

Twenty-two matches in the competition were beamed live into India and it was Bodi’s job to get players to knowingly underperform.

In India, illegal bookies would fix odds on several aspects of a match – such as the score after the first six overs, the final total – raking in unimaginable riches when bets fell short or jumped beyond the betting line.

The illegal industry in India has become so sophisticated that bookies and runners change laptops as often as other people change their underwear. Cellphones are discarded in a matter of days. When the police or authorities do eventually come knocking, they find the chai cups still warm, but nobody is there.

The scale of the operation points to the limited involvement of Bodi. Big money was used to entice players, and finally corrupt them, and there is nothing to suggest that Bodi ever had access to that kind of capital.

But he remains at the centre of the CSA probe. The organisation first drew attention to the presence of suspicious characters at Ram Slam matches in a press release on November 6.

It’s now 10 weeks later – seven or eight if you ignore the Christmas recess – and the investigation still appears to rely on Bodi pleading guilty to “contriving to fix or improperly influence [Ram Slam] matches”. The syndicate behind the activity does not feature.

A household name – for the wrong reasons

Gulam Bodi was born in India and grew up in Azaadville on the West Rand.

In 1998 he played for the South African under-19 team in the World Cup. He was picked as a left-arm spinner, bowling what in cricketing terms are called chinamen. Although occasionally promoted up the order to, say, number eight, he was seldom deemed good enough to fill anything but the number 11 position. He played in a strong side, with Jacques Rudolph, Morné van Wyk and Victor Mpitsang. Michael Lumb and Grant Elliott were also colleagues, Lumb going on to play T20 cricket for England, Elliott to play for New Zealand, scoring the winning runs against South Africa in last year’s World Cup semifinal.

Bodi’s under-19 cap was his visa into the enchanted garden and, two seasons later, he moved to Durban, joining KwaZulu-Natal cricket as a professional. He shared a dressing room with Kevin Pietersen, he of the scandalous talent and monstrous ego. When Bodi made the side ahead of him, KP had a hissy fit.

“I flung a water bottle across the dressing-room and shouted: ‘I’m leaving here,’?” Pietersen recounted in his first autobiography.

Enraged by racial quotas in domestic cricket, KP headed for England and became one of the most destructive batsmen of the age.

On his first visit back to South Africa as an England player, Bodi confronted him. The two exchanged words. Bodi wasn’t always as loskop (flighty) as he seemed. There was Azaadville fire in his belly yet.

Two years later, Bodi was playing club cricket in the English Midlands when he was called up for the Proteas, who were playing a one-day international series in the Caribbean. Days before he was to join the national side, he broke his finger and split the webbing of his left hand, his moment of glory snatched away.

Unable to bowl as he had before, he was never the same player again. He refashioned himself as a batsman and a bits-’n-pieces man, the bass player rather than the lead guitarist, an undertow of disappointment in his newfound role as team joker.

This was a restless period in Bodi’s cricketing career and, when the domestic system was restructured in 2006, he was induced to play for the Titans in Pretoria. The move coincided with the happiest days of his career. “He was always a character,” said a former colleague. “He loved being laughed at, being the centre of attention. He had these theories. Often they didn’t pan out but every so often they did. I remember him coming into the dressing room and telling the guys that he could get iPads for R500. Most of us just raised our eyebrows and said, ‘Off the back of what truck, Gulam?’ but sure enough, a couple of days later he comes back with eye pads from the chemist. That was Gulam for you.”

The advent of T20 cricket provided Bodi with another opportunity for reinvention. He became an opening batsman, capable of slugging it out with the best of them. He joined the Lions and found himself besotted with the Indian Premier League. It gave him fresh hope of riches and the renewal of his cricketing juices. In 2012, he was picked on auction by the Delhi Daredevils but spent the season on the bench.

His career was now tragically on the skids. Players were getting younger and hungrier, doing what he didn’t have the chops to do.

What happened over the next three years will now be the subject of investigation, and perhaps prosecution, including by the likes of Interpol, which is very interested in some of the behind-the-scenes characters.

What is certain is this: by early 2016, Bodi’s career in cricket was over, but he was more famous than ever before.