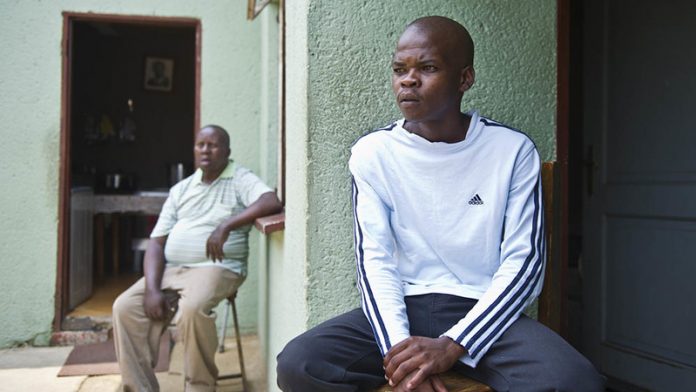 Pushing academically unready pupils through into their final year of school had not substantially contributed to the falling matric pass rate, Basic Education Minister Angie Motshekga said when she released the 2015 matric results earlier this month.

But teachers say the unprepared and frustrated “progressed” pupils had an outsized negative effect on classes in 2015, an experience likely to be repeated this year.

Under a policy first implemented last year, they had been automatically promoted to matric on the basis that they had been in grade 11 more than once. Only 37.6% of this group passed the matric exams. This caused the overall pass rate to drop to 70.7%; the national pass rate would have been 74.1% if they had been excluded.

Some teachers, who asked not to be named for fear of reprisals by the department, say those numbers do not fully illustrate their problems with the push-through policy, nor the trepidation they feel about it being implemented again.

Labelling the policy of progressed pupils as “problematic”, the deputy principal of a high school in a Pietermaritzburg township said it had been clear from the beginning of 2015 that such pupils were not coping – which placed undue stress on teachers too.

“Some [pupils] were so frustrated, they dropped out along the way. We expect more of the same this year,” she said.

The school was encouraging progressed pupils who had failed to go to other schools because “we don’t want them back”, she said.

Nor did teachers want to continue sacrificing spare time and petrol as they tried to hunt down truants to force them to do their work and attend classes.

The principal of a high school in Soweto said many pushed-through pupils had dropped out of school early in 2015 because they were unable to grasp the basics of what they were expected to learn in matric. Others stopped attending classes after being disheartened by their disastrous trial examination results.

A Mamelodi matric teacher said exasperated progressed pupils had displayed behavioural problems, including stealing from and harassing their classmates. Some had even vandalised the school, leaving her and her colleagues dreading the start of this new school year.

James Keevy, chief executive of Jet Education Services, a nonprofit organisation that works to improve the quality of education, said although the push-through policy was “not ideal”, pupils and teachers would simply have to make the best of it.

He said some pupils were not theoretically inclined and worked better with their hands, and therefore struggled with academic learning. Ideally, they should have easier access to technical vocational training to improve their chances of succeeding in the workplace, he said.

Equal Education general secretary Tshepo Motsepe welcomed the implementation of the policy, although he said more strategies were needed. “There’s nothing bold about the decision [to “progress” pupils]; it’s been a long time coming and it’s in the best interests of the country,” he said.

Commenting on behalf of Section27, Ntsiki Mpulo said: “We need a general improvement in the quality of education to accompany policy changes such as promoting grade 11 learners to matric when they have failed multiple times. We need to address the failures of the system at the beginning of the process.

Unless this is done, we will be passing people through the system who lack the skills required for meaningful participation in the economy.

“The policy in itself may be based on sound research, but it cannot be applied without fixing the underlying issues that continue to cripple our education system.”

Education ministry spokesperson Troy Martens had yet to respond to questions by the time of going to print, but the department’s recently launched Second Chance Matric Support Programme is geared towards assisting progressed pupils, those who failed and those writing supplementary exams for no more than two subjects, so that they can improve their chances of obtaining their national senior certificates and, consequently, their employment prospects.

Teachers try, but slacking is easy

The Mail & Guardian met up with two former pupils of Meadowlands Secondary School in Soweto who were pushed through into matric in 2015.

Slightly built and seemingly bashful, 21-year-old Thulani Pooe admitted that it had been a difficult year for him academically.

He had harboured hopes of studying mechanical engineering but his final results – which ranged from 18% for accounting to 56% for life orientation – were simply not good enough.

He said his teachers had tried very hard to assist him by advising him how to improve his work and giving extra lessons.

Admitting to being something of a slacker, Pooe was often shouted at by his frustrated teachers, and bunking and not paying attention in class caused him to struggle with his studies, he said.

Nevertheless, he feels he deserved to be progressed and is now looking for a job. “Teachers like pupils who listen. I wasn’t one of them,” he said.

Utlwanang Dipholo will be rewriting life sciences and geography this year to improve her chances of being accepted to study military law.

Being too playful in class, not taking her studies seriously and running with a bad crowd were the main reasons she cited for her academic difficulties.

She will be studying from home this year while working part-time at a call centre and is confident that her subject rewrites will go well.

Although bubbly, she was shy about revealing her matric marks but gave the following advice to other progressed pupils: “Never depend on friends and if you’re experiencing difficulties in school, try and get help. Always stay positive and never give up.”

Losing an academic year is untenable, but a return to class must be safe and all learners must benefit
Read more
Education

Close the education gap by helping employees get their matric

In a changing work environment and poor economic climate, the minimum requirement is a national senior certificate or similar
Read more
Education

Educators: Watch your words – they can inspire or deflate

In matric my friends and I got into trouble and were called into the principal’s office...
Read more
Analysis

With 7.9-million young South Africans out of work or with very little education or training opportunities, who looks out for their aspirations?
Read more
Education

With 12-million students in 26 000 schools, the education system is under pressure to teach the next generation. Education minister says it’s working
Read more
Education

Jail awaits if you fake your matric